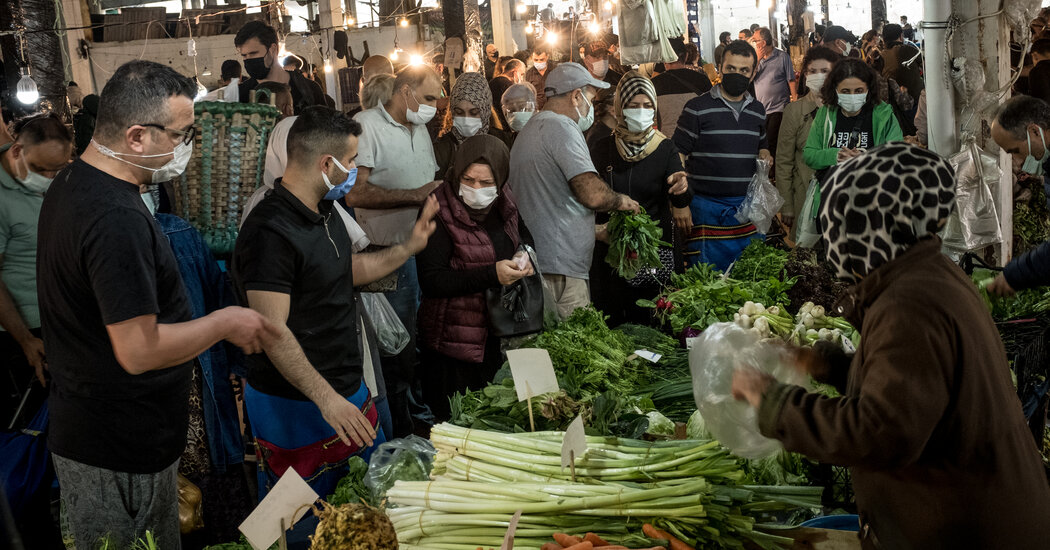 ISTANBUL — Turkey’s health ministry on Saturday reported fewer than 20,000 new coronavirus cases in the previous 24 hours, a first since mid-March and 10 days into a lockdown.

The health ministry data shows 18,052 new cases and 281 new Covid deaths. The country’s seven-day average of new cases has been falling since April 20, when it hit a peak of more than 60,260 from fewer than 10,000 on March 3, according to data from the Our World in Data project at the University of Oxford. The plunge in new cases has been equally sharp, dropping to fewer than 24,000 as of Saturday.

Deaths, which lag infections by weeks, have only just begun to fall. The seven-day average peaked on May 2 at more than 355 and has now dropped to just over 320.

In what President Recep Tayyip Erdogan billed as a full lockdown, the government ordered nonessential workers to stay home, except to go to the nearest grocery store, starting on April 29, to last for almost three weeks. Day-care centers and kindergartens are open only for the children of workers exempt from the curfew.

according to Our World in Data. The country mainly uses CoronaVac, developed in China, and has also distributed a small number of doses of the Pfizer-BioNtech vaccine.

Facing difficulties in securing enough vaccine, Turkey has resorted to postponing second doses. On April 12, the health minister, Fahrettin Koca, said 30 million more doses of the Pfizer-BioNtech would arrive in June. On April 28, he announced a deal to import 50 million doses of the Sputnik V vaccine from Russia within six months.

The Seattle Seahawks are very much still in the running for Baker Mayfield. (Photo by Stacy ... [+] Revere/Getty Images) Getty Images The Seattle … END_OF_DOCUMENT_TOKEN_TO_BE_REPLACED

(CNN) — Kim Kyung-seop recalls going to cheap bars after class with his friends, where they binged on as much makgeolli as possible. "You know the … END_OF_DOCUMENT_TOKEN_TO_BE_REPLACED