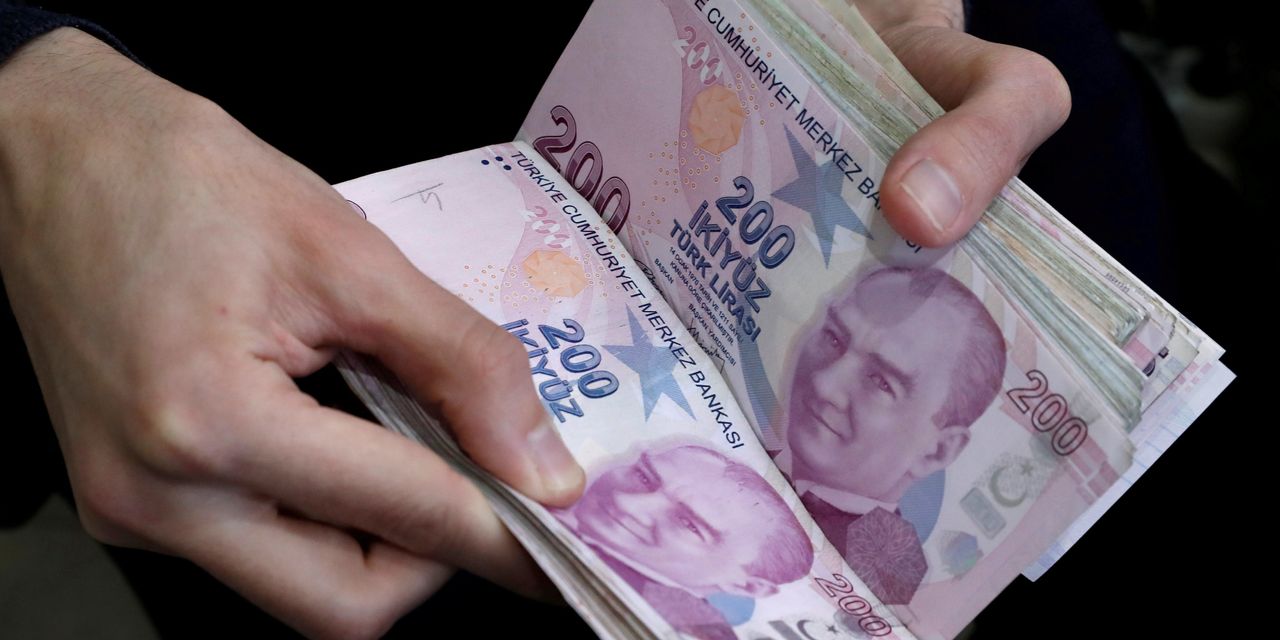 Turkey’s currency tumbled 9% on Monday, putting it on course for its biggest single-day selloff since 2018, following the abrupt ouster of the central bank governor last week.

The lira fell to as low as 8.280 a dollar from 7.219, before regaining some ground to trade at about 7.9312 a dollar, according to FactSet. Turkey’s stocks also plunged.

The turmoil comes after President Recep Tayyip Erdogan on Friday unexpectedly fired Naci Agbal, the central bank governor who had repeatedly raised interest rates in an effort to tame inflation since his appointment in November. Foreign investors say the move renewed concerns that the central bank has lost its independence from political influence, diminishing policy makers’ credibility and sapping appetite for Turkish assets.

The new governor, Sahap Kavcioglu, Sunday tried to reassure markets by saying taming inflation is the bank’s main objective. He also pledged to foster economic stability by lowering borrowing costs and bolstering growth. Money managers are concerned that he may allow the currency to depreciate, and accept elevated inflation levels, to lower interest rates.

“We’re really trying to gauge what the level of commitment to the lira is,” said Simon Harvey, senior foreign exchange market analyst at broker Monex Europe. “We know in Turkey that interest rates are politically sensitive.”

The poshest place in California's Coachella Valley is The Madison Club. This exclusive gated community in La Quinta is where A-listers and tycoons … END_OF_DOCUMENT_TOKEN_TO_BE_REPLACED

KOROPY, Ukraine — Four men tugged at long strips of fabric to lift a coffin out of the gaping hole in the backyard of a small house. They flung the … END_OF_DOCUMENT_TOKEN_TO_BE_REPLACED