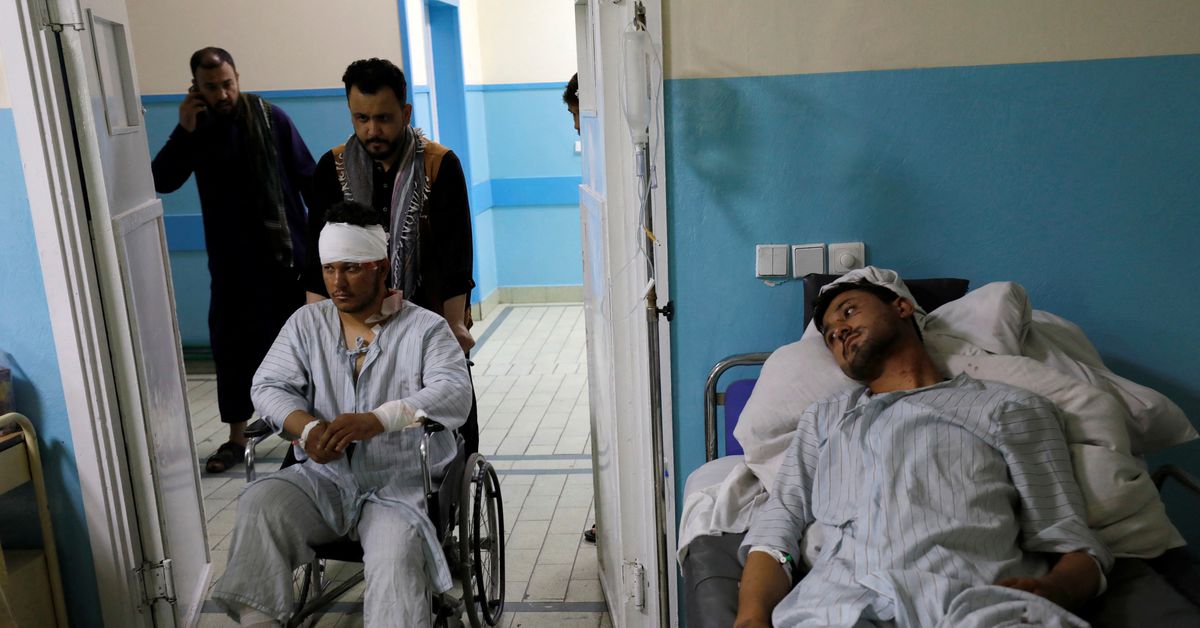 KABUL, Sept 5 (Reuters) – Two Russian embassy staff in Kabul were among six people killed when a suicide bomber detonated explosives near the entrance of the embassy, in a blast that injured at least 10 others, the Russian Foreign Ministry and Afghan officials said on Monday.

Police said the attacker was shot dead by armed guards as he approached the gate, in one of the first such attacks since the Taliban took power last year.

“The suicide attacker before reaching the target, was recognised and shot by Russian embassy (Taliban) guards … there is no information about casualties yet,” Mawlawi Sabir, the head of the police district where the attack took place, told Reuters.

The Russian Foreign Ministry said in a statement that an unknown militant set off an explosive device near the entrance to the consular section of the embassy around at 10:50 a.m. Kabul time. read more

“As a result of the attack, two employees of the diplomatic mission were killed, and there are also victims among Afghan citizens,” the ministry said.

Men who were wounded after a suicide bomber detonated explosives near the entrance of the Russian embassy, are treated inside a hospital in Kabul, Afghanistan, September 5, 2022. REUTERS/Ali Khara

Russia is one of the few countries to have maintained an embassy in Kabul after the Taliban took over the country more than a year ago. Although Moscow does not officially recognise the Taliban’s government, they have been in talks with officials over an agreement to supply gasoline and other commodities.

The United Nations’ mission in Afghanistan (UNAMA) condemned the blast.

“In light of recent events, UNAMA stresses the need for the de facto authorities to take steps to ensure the safety and security of the people as well as diplomatic missions,” the UN wrote on Twitter, in reference to the Taliban government.

During the decades-long Taliban insurgency against the western-backed Afghan government, bombings targeting foreign missions were a regular occurrence in Kabul, especially in recent years, with embassies and hotels fortifying themselves with razor wire and blast walls.

Such incidents have decreased dramatically since the insurgent group swept to power in August 2021.

Since then, attacks – some of them claimed by Islamic State – mainly targeted the Taliban and civilian targets such as mosques.

No group has claimed responsibility for Monday’s blast.

Danny DeVito and Rhea Perlman have listed their cozy two-bedroom Los Angeles retreat for  $1.55 million.DeVito, who stars in "It's Always … END_OF_DOCUMENT_TOKEN_TO_BE_REPLACED