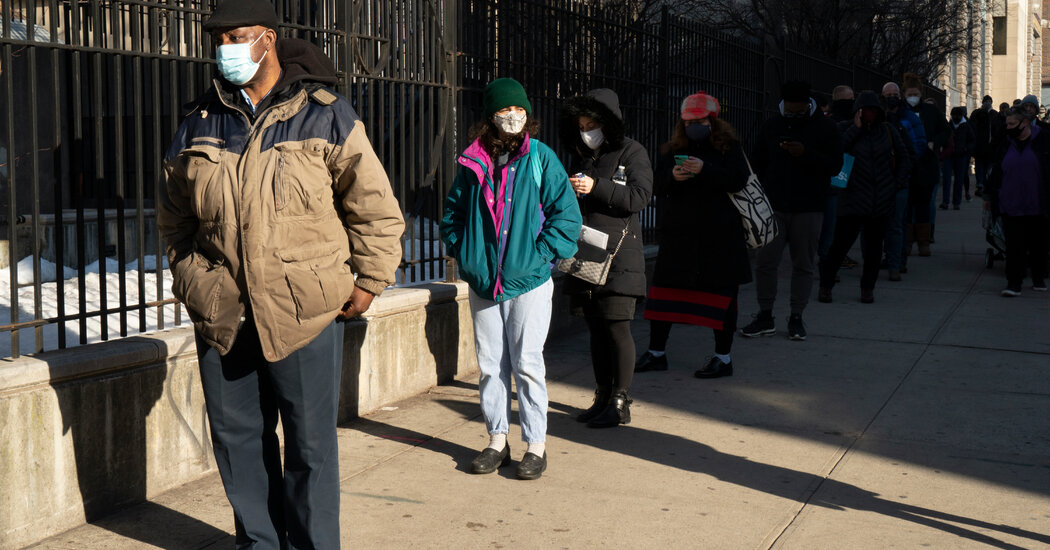 He and his colleagues have found two subtypes of the B.1.526 variant: one with the E484K mutation seen in South Africa and Brazil, which is thought to help the virus partially dodge the vaccines; and another with a mutation called S477N, which may affect how tightly the virus binds to human cells.

City officials said that despite the E484K mutation, they still had no evidence that the B.1.526 variant was partially evading vaccine protection. “Our preliminary analysis does not show that this new strain causes more severe illness or reduces the effectiveness of vaccines,” said Dr. Jay Varma, an adviser to Mr. de Blasio.

Earlier this year, experts had said the city’s capacity for genetic analysis was inadequate to understand the dynamics of New York’s outbreak. The United States’ overall ability to track variants is much less robust than in Britain, and federal health officials have expressed significant concern that variants may spread here undetected. New York has been increasing the number of samples it analyzes in recent weeks.

Nationally, epidemiologists have been sounding alarms about B.1.1.7, which is on track to be the dominant form of the virus in this country by the end of March. That variant is believed to have contributed to steep case increases and full hospitals in Britain and elsewhere.

“What we’ve seen in Europe when we hit that 50 percent mark, you’ll see cases surge,” said Dr. Michael Osterholm, director of the University of Minnesota’s Center for Infectious Disease Research and Policy, on NBC’s “Meet the Press” on Sunday. He urged the public not to let up on health measures and to get vaccinated as quickly as possible.

Dr. Denis Nash, an epidemiologist at the City University of New York, said Wednesday that while he was worried about the new variants, more questions than answers remain about how they will impact the spread of the virus in New York City.

“It’s anybody’s guess, given the vaccine, the competition among the variants and everything we are trying to do to keep the virus low,” he said.

“The same things we always do have the ability to reduce the impact of the virus,” he added, urging continued vigilance and precautions. “If there is an exposure that gets past those defenses, there is potential that it could more easily take hold, or last longer. But if we keep doing everything we have been doing to prevent spread, we should be able to manage the variants too.”

GREENVILLE, N.C.--(BUSINESS WIRE)--Employers aiming to win the war on talent have a new “A” team to tap into: college and professional athletes. … END_OF_DOCUMENT_TOKEN_TO_BE_REPLACED

Mortgage rates are likely to rise in July, extending a seven-month streak. High inflation, and the Federal Reserve's efforts to control it, have … END_OF_DOCUMENT_TOKEN_TO_BE_REPLACED