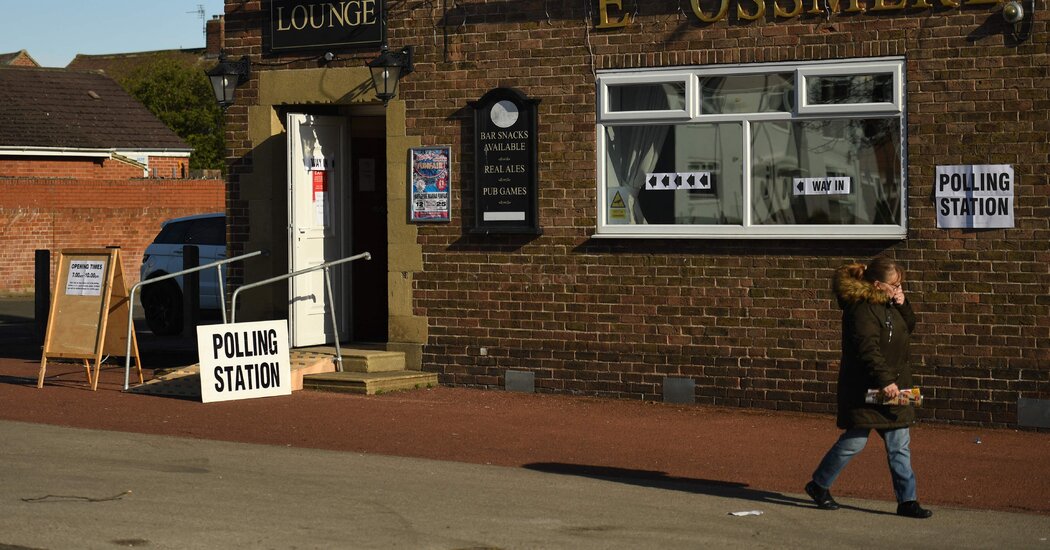 LONDON — Prime Minister Boris Johnson of Britain scored a striking political victory on Friday when his Conservative Party snatched a bellwether parliamentary seat from the opposition Labour Party, which had held it since the constituency’s creation in the 1970s.

In a by-election in Hartlepool, in the northeast of England, the Conservative candidate, Jill Mortimer, easily defeated her rivals, consolidating Mr. Johnson’s earlier successes in winning over voters in working-class areas that had traditionally sided mainly with Labour.

Better still for the prime minister, the vote on Thursday came after days of publicity over claims that he broke electoral rules over the financing of an expensive refurbishment of his apartment.

That appeared to have counted for little with voters in Hartlepool, an economically struggling coastal town, when the results were announced Friday morning after an overnight count.

after a successful vaccination program for which Mr. Johnson has been able to claim credit.

Though not unexpected, the outcome underscored the extent to which Mr. Johnson is rewriting Britain’s electoral map and dealt a blow to Keir Starmer, Labour’s leader. Mr. Starmer took over from Jeremy Corbyn last year after Labour’s defeat in the December 2019 general election, its worst performance in more than 80 years.

That landslide election victory for the Conservatives in 2019 followed the crisis over Britain’s exit from the European Union, and Mr. Johnson scored well in many traditional working-class communities with his appeal to voters to give him the power to “get Brexit done.”

Though Britain has now completed its European Union withdrawal, and the issue is fading somewhat, the new Conservative victory suggests that Mr. Johnson remains popular in areas — like Hartlepool — that voted for Brexit in a 2016 referendum.

Collectively known as the “red wall,” because they were once heartlands of the Labour Party, these areas are being targeted by Mr. Johnson who has promised to “level up” by bringing prosperity to the north and middle of England, and to areas that feel forgotten.

Elections also took place on Thursday in Scotland and those could present a bigger threat to Mr. Johnson. Scotland’s first minister, Nicola Sturgeon, who leads the pro-independence Scottish National Party, is hoping for a strong performance that she can use to justify her call for a new referendum on whether Scotland should break away from the United Kingdom.

America is absorbing the shock of another bloody mass shooting, a day after an 18-year-old man wearing body armour and carrying assault rifles entered … END_OF_DOCUMENT_TOKEN_TO_BE_REPLACED

Once home to baseball Hall of Famer Ty Cobb, this estate rests on the eastern shores of Lake Tahoe. Now, 1472 Flowers Ave. is on the market asking … END_OF_DOCUMENT_TOKEN_TO_BE_REPLACED