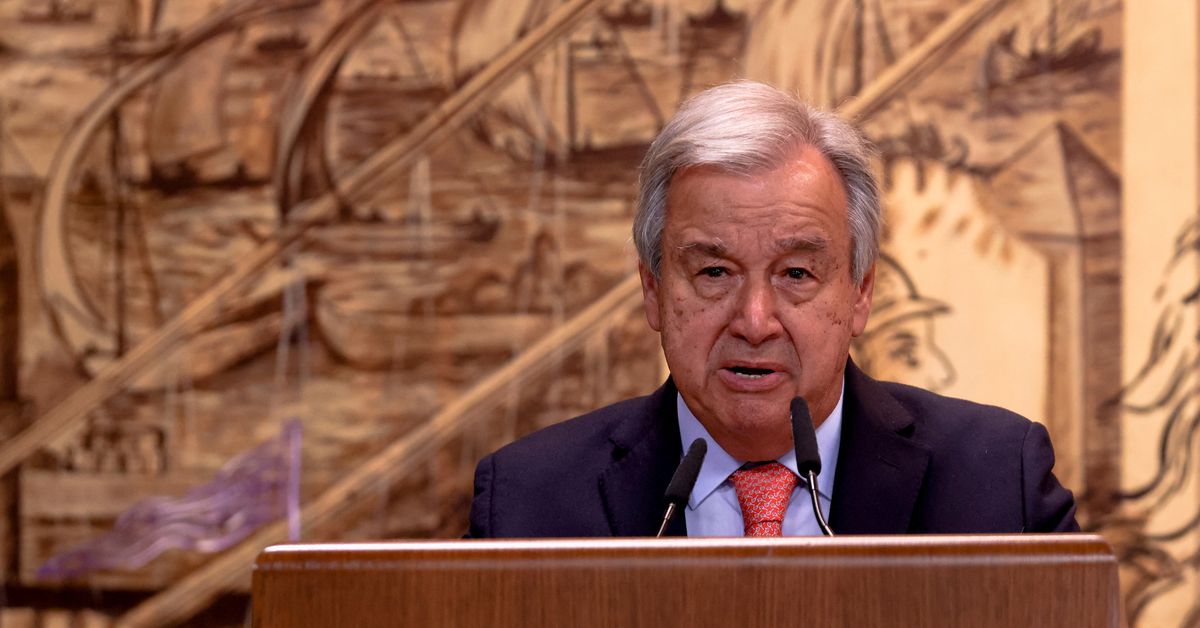 U.N. spokesman Stephane Dujarric said on Tuesday that Guterres would meet Zelenskiy in Lviv in western Ukraine and discuss the situation at the Zaporizhzhia nuclear power plant, along with finding a political solution to the conflict with Russia.

Ukraine and Russia have blamed each other for shelling near the eastern Ukraine nuclear plant, which Russian forces took over in the early stages of their Feb. 24 invasion. The plant is still being operated by Ukrainian technicians. read more

The United Nations has said it can help facilitate a visit by International Atomic Energy Agency (IAEA) inspectors to Zaporizhzhia from Kyiv, but Russia said any mission going through Ukraine’s capital was too dangerous.

On Saturday, Guterres will visit the Joint Coordination Center in Istanbul, which is made up of Russian, Ukrainian, Turkish and U.N. officials overseeing the Black Sea exports of Ukraine grain and fertilizer.

Three Black Sea ports were unblocked last month under a deal between Moscow and Kyiv, brokered by the United Nations and Turkey, making it possible to send hundreds of thousands of tonnes of Ukrainian grain to buyers. The United Nations said the deal aims to ease a worsening global food crisis. read more

Soon after Herschel Walker, the former football star, announced he would run for U.S. Senate in Georgia as a Republican, his son Christian appeared … END_OF_DOCUMENT_TOKEN_TO_BE_REPLACED

SpaceX launched four people to the International Space Station from Florida on Wednesday, as Elon Musk's company keeps up a steady pace of crewed … END_OF_DOCUMENT_TOKEN_TO_BE_REPLACED