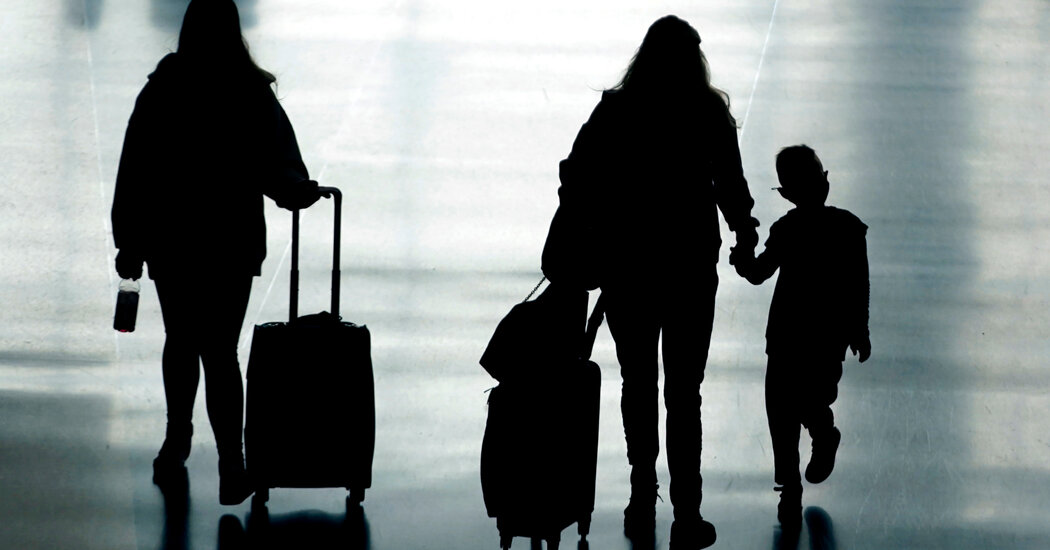 U.S. airports had 1.357 million people pass through on Friday, the highest number on any day since March 2020, just after the World Health Organization declared the coronavirus outbreak a pandemic.

The new figures from the Transportation Security Administration will be welcome news for the aviation industry, which has particularly been decimated during the pandemic but was granted some relief in the stimulus bill that President Biden signed on Thursday.

Still, nonessential flights go against the latest guidelines from the Centers for Disease Control and Prevention, which warned last week that even fully vaccinated people should avoid travel unless necessary.

“We know that after mass travel, after vacations, after holidays, we tend to see a surge in cases,” Dr. Rochelle Walensky, the director of the Centers for Disease Control and Prevention, said on Monday on MSNBC. “And so, we really want to make sure — again with just 10 percent of people vaccinated — that we are limiting travel.”

Photos of spring break partyers without masks in Florida spread on social media this week, prompting concern from some local officials. “Unfortunately, we’re getting too many people looking to get loose,” Mayor Dan Gelber of Miami Beach said. “Letting loose is precisely what we don’t want.”

The T.S.A. said it had prepared for a possible increase in spring break travel between late February and April, including through recruitment and vaccination efforts for its own officers. The agency’s employees had previously alleged that the more than 6,000 cases among their ranks were fueled by lax safety measures.

The poshest place in California's Coachella Valley is The Madison Club. This exclusive gated community in La Quinta is where A-listers and tycoons … END_OF_DOCUMENT_TOKEN_TO_BE_REPLACED

KOROPY, Ukraine — Four men tugged at long strips of fabric to lift a coffin out of the gaping hole in the backyard of a small house. They flung the … END_OF_DOCUMENT_TOKEN_TO_BE_REPLACED