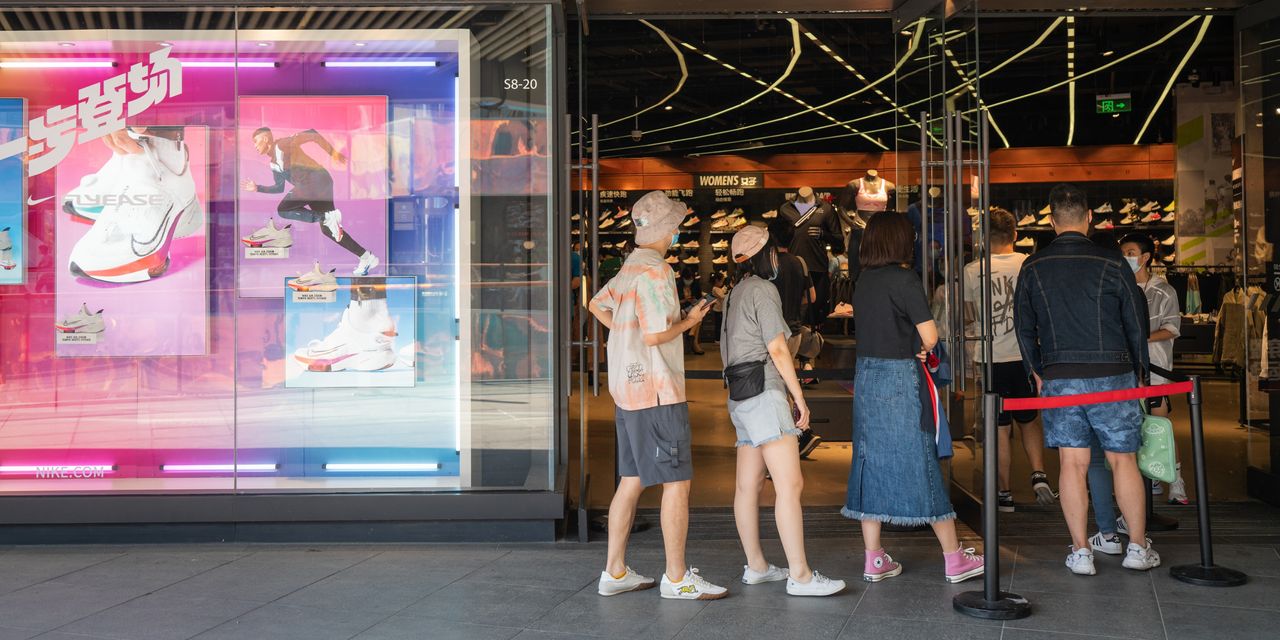 SHANGHAI—U.S.-China political tensions remain the top concern for American companies in China despite some optimism about the relationship improving under President Biden, according to companies surveyed by the American Chamber of Commerce in China.

Half of U.S. companies are pessimistic about the effect that the bilateral relations could have on their China business over the next two years, with only 16% of respondents expressing optimism, according to the chamber’s annual Business Climate Survey, which was published Tuesday in Beijing. The chamber surveyed 345 companies in October and November 2020.

The pessimism comes despite 50% of respondents predicting the tone of the U.S.-China relationship would likely improve this year following the change in leadership in Washington, up from just 30% of respondents last year who thought relations would improve.

“The relationship remains contentious,” Greg Gilligan, AmCham China’s chairman, said in an interview. The caution among U.S. companies reflects a belief that, under President Biden, “we’re returning to a more traditional bilateral relationship and diplomacy, but we’re not returning to a lower level of tension in the relationship,” he said.

China was the only major world economy to expand last year, and served as a lifeline for a range of large U.S. companies, including Starbucks Corp. SBUX -0.16% , Nike Inc. NKE 0.91% and Tesla Inc., TSLA -5.84% which reported growing sales in China even as its other markets were crushed by the pandemic.

A majority of survey respondents, 56%, reported earning a profit in China last year, though one-fifth suffered losses, up from 11% reporting losses in 2019. Two-thirds of U.S. companies said their revenue in China rose or remained stable in 2020—below the 79% that reported increasing or steady sales in last year’s survey.

Consumption has been slower to bounce back in China compared with manufacturing and other sectors of the world’s second-largest economy, and U.S. consumer brands largely underperformed their industrial peers. A majority of U.S. companies in the consumer sector, 54%, said China revenue fell in 2020, with the remainder saying sales had risen or stayed roughly the same.

Travel disruptions were perhaps the most important coronavirus-related impact for U.S. companies in China. About 52% of respondents said travel restrictions had hurt their operations. Foreign companies have struggled to return staff to China, whose borders have been largely closed for the past year, or to replace foreign employees who have left.

At the same time, many U.S. companies said some longer standing complaints about doing business in China—primarily related to market access and bureaucratic red tape—are receding, as Beijing delivers on long-promised reforms.

Exactly half of surveyed companies said China’s business environment is improving, compared with just 12% that thought it was getting worse, while 61% expressed confidence that Beijing is committed to further opening up its economy to foreign investment over the next three years.

Two-thirds of respondents said their companies would increase investment in their China operations this year.

Only 37% of U.S. companies felt that the risks of intellectual-property leakage or data-security threats were greater in China than in other markets, lower than the 53% of respondents who felt this way two years earlier.

As the Biden administration formulates its China policy, it is important to be aware of these positive developments, Mr. Gilligan said. Enabling U.S. companies to operate in China is “good for the American economy and the American people,” he said, urging Washington “to change what’s not working well and keep what is.”

While U.S. companies have continued to function normally in China despite the high-level political strife, executives remain concerned that tensions could spill over into the commercial realm, resulting in Beijing singling out U.S. companies for reprisals, Mr. Gilligan said.

Write to Trefor Moss at Trefor.Moss@wsj.com

A mother was taken into custody in California on Saturday after her three children were found dead in a Los Angeles apartment, the authorities … END_OF_DOCUMENT_TOKEN_TO_BE_REPLACED