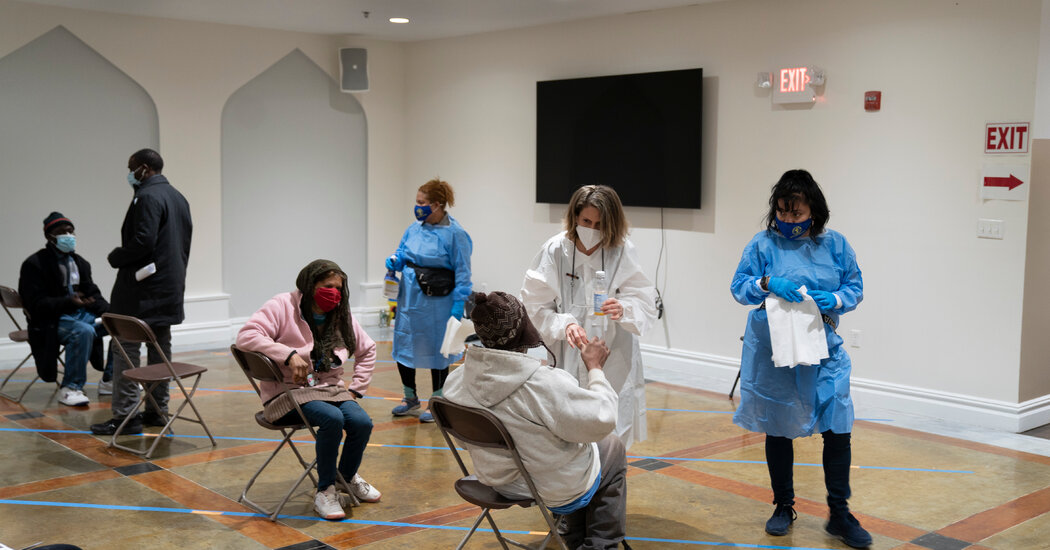 “We’re entering a new phase” in the country’s vaccination effort, said Dr. Mark McClellan, former commissioner of the Food and Drug Administration and director of the Duke-Margolis Center for Health Policy at Duke University. “In most parts of the country now, there are unfilled vaccination appointments available.”

People who were clamoring for a vaccine have been inoculated, including those who were willing to schedule appointments and wait in long lines at mass vaccination sites, he said.

“Now, it’s more about bringing vaccines to the people who want them but haven’t been able to easily reach the existing sites,” Dr. McClellan said. Walk-in availability, which New York City allowed at city-run sites starting on Friday, could also help vaccinate more people, he said.

Dr. Ashish Jha, the dean of the Brown University School of Public Health, cautioned that it would be “hugely problematic” to broadly denounce those who had yet to get a vaccine — because of indifference or inconvenience — as “resisters.” He said on National Public Radio last week that “there are lots of people who are perfectly happy to get a vaccine but aren’t desperate for it — aren’t convinced that they need it badly.”

Rupali J. Limaye, a professor who studies vaccine behavior at Johns Hopkins Bloomberg School of Public Health, said as vaccinations continued, some might think: “If these other people are vaccinated, why do I need to get it?” but added, “We still need those people to get it to reach herd immunity.”

With temperatures getting warmer, many states have already eased social-distancing measures, and some have even appeared to return to normal activity, alarming officials. Dr. Anthony S. Fauci, the nation’s top infectious disease expert, has said that restrictions should remain in place until there are fewer than 10,000 new cases a day — a number that the United States will not reach by Aug. 1, according to projections from the Institute for Health Metrics and Evaluation at the University of Washington.

“It will feel over in the summer,” said Ali H. Mokdad, a professor of health metrics sciences at the institute. “But somebody like me who works in public health will feel like swimming upstream, telling people in the summer we are not out of danger.”

AUSTIN, Texas--(BUSINESS WIRE)--As the first multifamily management company to be recognized in the Public Relations and Marketing Excellence Awards, … END_OF_DOCUMENT_TOKEN_TO_BE_REPLACED

There have been whispers of cooling housing and rental prices in the San Francisco Bay Area, but that hasn't yet translated into practical, noticeable … END_OF_DOCUMENT_TOKEN_TO_BE_REPLACED

Cars pass in Independence Square at twilight in Kyiv, Ukraine, Monday, Oct. 31, 2022. Rolling ... [+] blackouts are increasing across Ukraine as the … END_OF_DOCUMENT_TOKEN_TO_BE_REPLACED