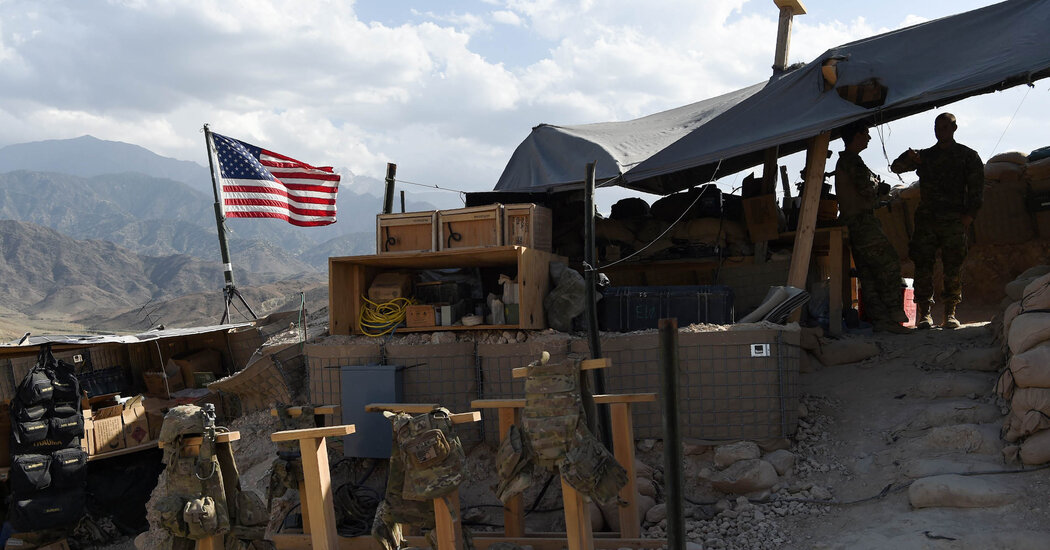 So, officially, the Pentagon insists that troop numbers are lower. “We are still at 2,500” in Afghanistan, Maj. Rob Lodewick, a Pentagon spokesman, said in an email to The New York Times on Friday.

What U.S. forces remain in Afghanistan are stationed at roughly a dozen bases and consist mostly of Special Operations troops advising Afghan units at the headquarters level, as well as flight and support crews for aircraft. In southern Afghanistan, U.S. jets fly overhead almost nightly.

Since this time last year, U.S. troop numbers in Afghanistan have declined from 12,000 to the current number. That drop was staunchly opposed by Pentagon leaders, who have long said that at least 8,600 U.S. troops are needed, both to support the Afghan forces and to conduct counterterrorism missions.

But a review of the U.S.-Taliban deal by the Afghan Study Group, a congressionally mandated report that submitted its findings to lawmakers last month, concluded that maintaining around 4,500 troops in Afghanistan could be enough “to secure U.S. interests under current conditions and at an acceptable level of risk.”

In addition to the 3,500 Americans, there are roughly 7,000 NATO and allied troops still in Afghanistan who depend on U.S. forces for logistics and force protection. If the United States did, indeed, try to leave by May 1, it would be almost impossible logistically to withdraw both the American and the allied forces in time, experts have said, though U.S. officials insist it remains an option.

Despite the shrinking timeline, Mr. Biden has yet to decide whether U.S. troops will stay beyond the proposed date — and if so, how many — or leave, ending America’s longest war after more than 19 years.

Mr. Biden’s own inclination, when he was Mr. Obama’s vice president, was toward a reduced U.S. presence. But as president, he must weigh whether following such instincts would run too high a risk of the Taliban defeating government forces and taking over Afghanistan’s key cities. Many senior military commanders still argue that a full withdrawal could also lead to Al Qaeda and other groups hostile to the United States regaining a prominent presence in the country.

The poshest place in California's Coachella Valley is The Madison Club. This exclusive gated community in La Quinta is where A-listers and tycoons … END_OF_DOCUMENT_TOKEN_TO_BE_REPLACED

KOROPY, Ukraine — Four men tugged at long strips of fabric to lift a coffin out of the gaping hole in the backyard of a small house. They flung the … END_OF_DOCUMENT_TOKEN_TO_BE_REPLACED