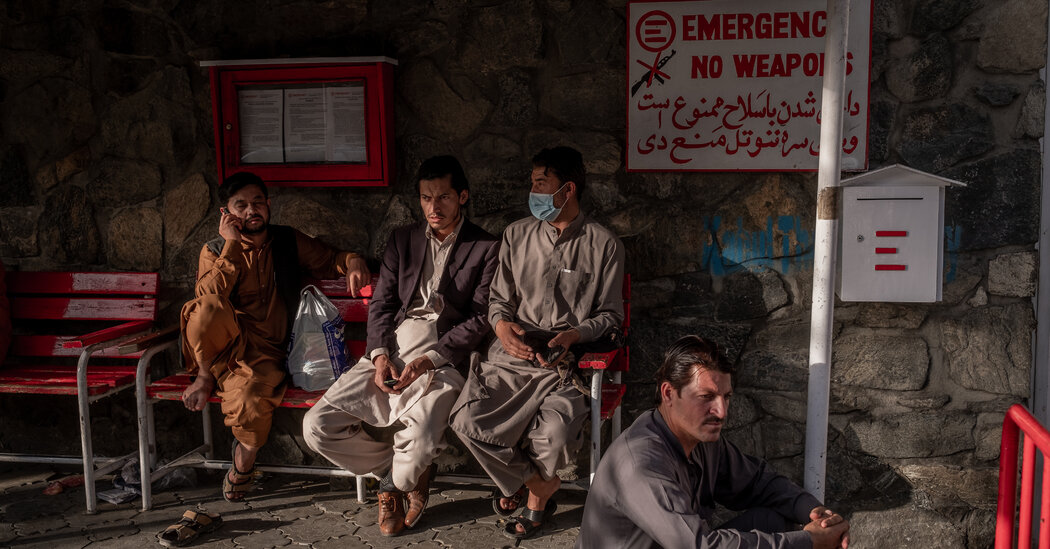 The U.S. military said on Friday night that it had launched its first reprisal strike for the devastating suicide bombing at Kabul’s airport the day before, using a drone to target and apparently kill a planner for the group that claimed responsibility for the deaths of as many as 170 civilians and 13 U.S. service members.

“The unmanned airstrike occurred in the Nangarhar Province of Afghanistan,” Captain Urban said. “Initial indications are that we killed the target. We know of no civilian casualties.”

The attack at the airport on Thursday was one of the deadliest bombings in the nearly two decades since the U.S.-led invasion. American officials believe “another terror attack in Kabul is likely,” the White House press secretary, Jen Psaki, said on Friday afternoon. “The threat is ongoing and it is active. Our troops are still in danger.”

attack also killed 13 U.S. service members, and one of the first to be identified was Rylee McCollum, 20, a Marine who had been on his first overseas deployment, according to his father. He was one of 10 Marines, two soldiers, and one Navy medic killed in the attack, according to defense officials.

ISIS-K, instead saying it was just one. The explosion hit right near the airport’s Abbey Gate, at a security chokepoint that squeezed together an enormous crowd that U.S. troops were checking for entry.

It was not only fear that trimmed the crowd at the airport Friday, what had been a constant mass since the Taliban assumed power nearly two weeks ago. Taliban fighters with Kalashnikov rifles kept people farther away from the airport’s entrance gates, guarding checkpoints with trucks and at least one Humvee.

Flights to evacuate people already within the airport resumed soon after the bombing. But the airport itself was largely locked down on Friday.

Both exercises — the walk and the nudging — are proving to be challenges. In the normally bustling and noisy Shahr-e Naw neighborhood, once alive with street vendors and jostling pedestrians, there is now an unsettling silence. And so far his encounters with the Taliban have not yielded the results he had hoped for.

on pace to fall well short of providing an exit for everyone who wants to leave.

That left Afghans scrambling to find a way out of the country.

In the southwest, thousands of people have been trying to flee into Pakistan, gathering daily near the Spin Boldak-Chaman border crossing, the only one designated for refugees. In the west, several thousand people a day are also crossing into Iran, U.N. officials said.

The union movement that kicked off across the country more than a year ago has continued its momentum in 2022, with workers in warehouses, coffee … END_OF_DOCUMENT_TOKEN_TO_BE_REPLACED

Keep up! Reality TV star Kim Kardashian has splurged on a cliffside mansion in Malibu, CA, that was once owned by Cindy Crawford and Rande … END_OF_DOCUMENT_TOKEN_TO_BE_REPLACED