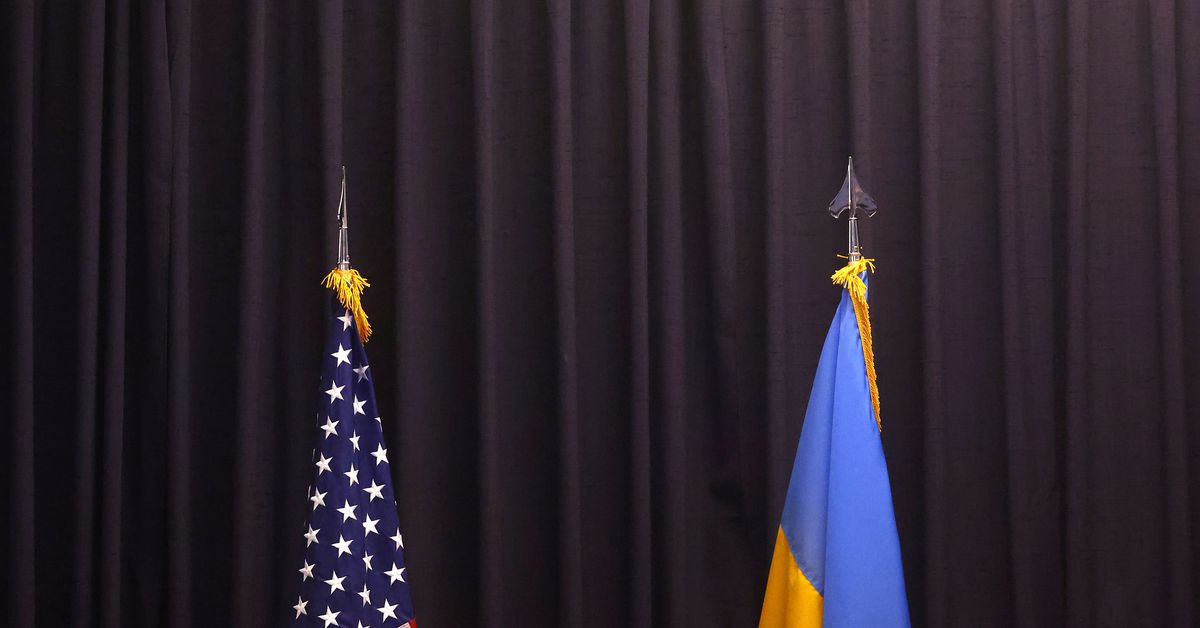 U.S. and Ukrainian flags are pictured prior to the start of the Ukraine Defense Consultative Group meeting hosted by U.S. Secretary of Defense Lloyd Austin, as Russia’s attack on Ukraine continues, at U.S. Airbase in Ramstein, Germany, April 26, 2022. REUTERS/Kai Pfaffenbach

WASHINGTON, June 26 (Reuters) – The United States is likely to announce this week the purchase of an advanced medium to long range surface-to-air missile defense system for Ukraine, a source familiar with the matter told Reuters on Sunday.

Washington is also expected to announce other security assistance for Ukraine, including additional artillery ammunition and counter-battery radars to address needs expressed by the Ukrainian military, the source added.

The weaponry is the latest assistance to be offered to Ukraine by the United States since Russia invaded its eastern European neighbor in February.

This month, President Joe Biden agreed to provide Ukraine with $700 million in military aid, including advanced rocket systems that can strike with precision at long-range targets.

Another effort, to sell four large, armable drones to Ukraine, was paused earlier this month amid concerns that their radar and surveillance equipment could create a security risk for the United States if it fell into Russian hands. read more

AUSTIN, Texas--(BUSINESS WIRE)--As the first multifamily management company to be recognized in the Public Relations and Marketing Excellence Awards, … END_OF_DOCUMENT_TOKEN_TO_BE_REPLACED

There have been whispers of cooling housing and rental prices in the San Francisco Bay Area, but that hasn't yet translated into practical, noticeable … END_OF_DOCUMENT_TOKEN_TO_BE_REPLACED

Cars pass in Independence Square at twilight in Kyiv, Ukraine, Monday, Oct. 31, 2022. Rolling ... [+] blackouts are increasing across Ukraine as the … END_OF_DOCUMENT_TOKEN_TO_BE_REPLACED