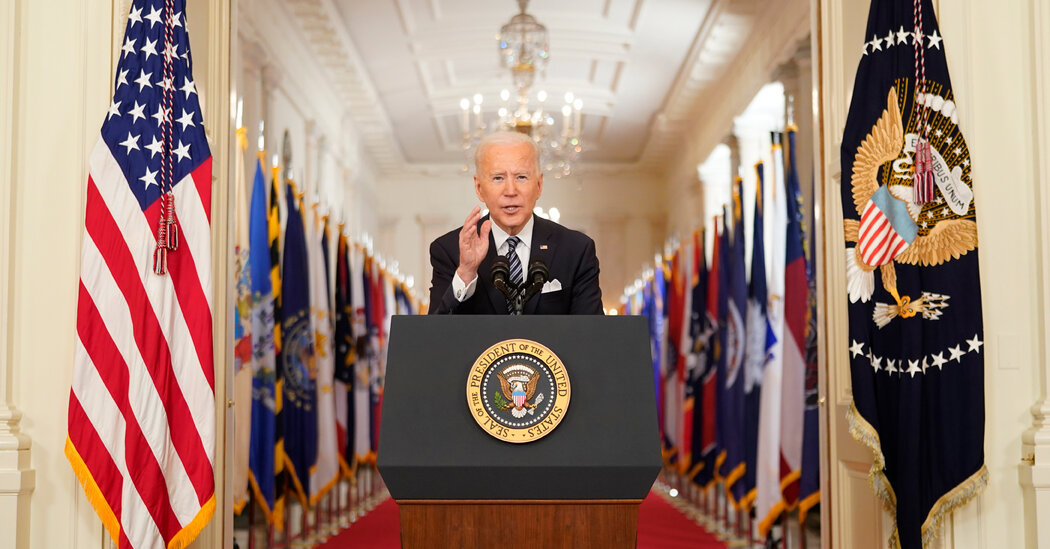 The Internal Revenue Service announced on Friday that people would start receiving direct deposits over the weekend as the Biden administration rushes to get money to people who have been struggling throughout the pandemic. More batches will be sent out in the next few weeks, with some payments arriving by mail as checks or debit cards.

Johanna Suarez, a 21-year-old sophomore at Houston Community College, said she received her $1,400 payment on Saturday morning. She plans to use some of the money to buy books for school and pay for a dental procedure to remove her wisdom teeth.

Ms. Suarez said she needed the payment because her insurance does not cover dental costs. As an adult dependent, she qualified for the stimulus payment for the first time. (The previous two rounds of stimulus payments required dependents to be younger than 17 to be eligible, leaving out many college students.)

David Gordon, 40, said he saw a post on Twitter about the stimulus payments and checked his bank account at about 8:30 a.m. on Saturday to find a $1,400 deposit in the account that he shares with his wife.

Mr. Gordon, an assistant attorney general for the state of Texas, used some of his payment to donate $400 to a charity organization that supports cyclists. He also spent about $250 on plants at a garden nursery after a recent winter storm destroyed the ones in his yard.

Although he said he was not an ardent supporter of Mr. Biden and his centrist positions, he said the payments were a “good thing for the country.”

Lilliana Cardiel, a 48-year-old supply chain manager at the University Medical Center of El Paso, said she received her payment at about 1 a.m. early Saturday. She was surprised to get her payment so early, after the last two rounds of stimulus checks took more than a week to arrive.

can check the status of their payments on the I.R.S. website starting Monday.

DALLAS — The rollback of abortion rights has been received by many American women with a sense of shock and fear, and warnings about an ominous … END_OF_DOCUMENT_TOKEN_TO_BE_REPLACED

The poshest place in California's Coachella Valley is The Madison Club. This exclusive gated community in La Quinta is where A-listers and tycoons … END_OF_DOCUMENT_TOKEN_TO_BE_REPLACED