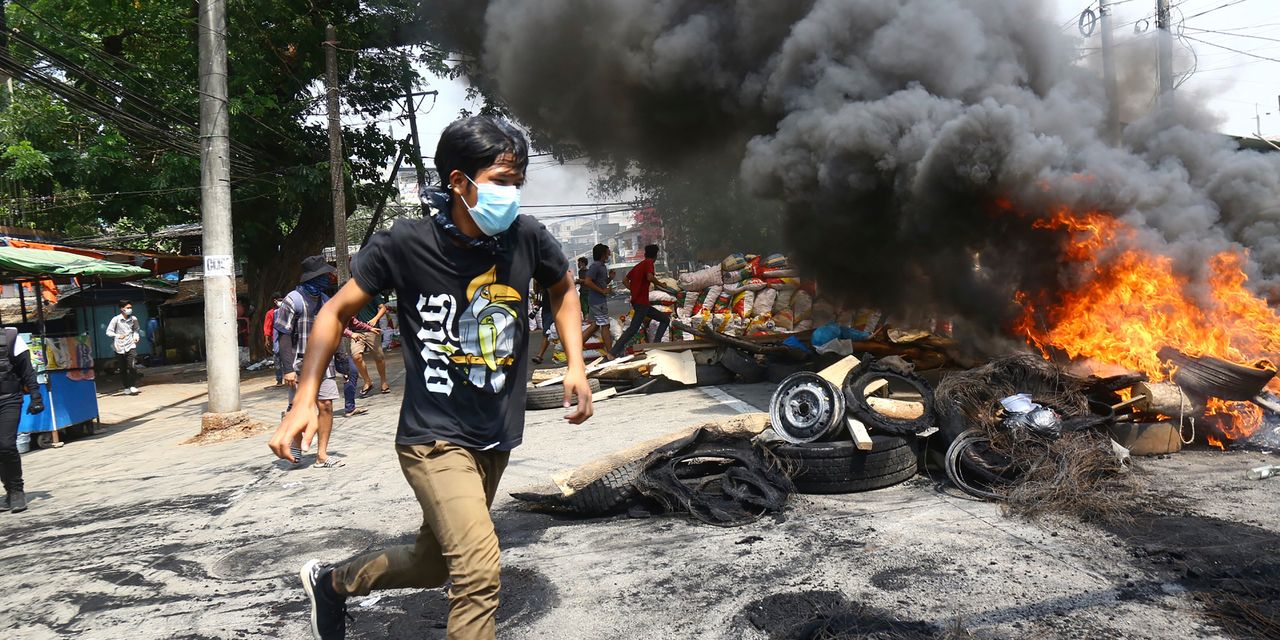 WASHINGTON—The Biden administration condemned the Myanmar government’s latest crackdown on protesters and said the U.S. was suspending relations established with the country under a 2013 trade pact after security forces there unleashed deadly violence on anticoup demonstrators over the weekend.

“We condemn this abhorrent violence against the Burmese people, the Burmese junta continues to use lethal force against its own people,” White House press secretary Jen Psaki said Monday. “We continue to make clear that we will impose costs on the military regime for the deadly violence against peaceful protesters and the suppression of all of human rights.”

Soldiers and police gunned down at least 90 protesters over the weekend, including six children between the ages of 10 and 16, in some cases firing weapons into residential areas and homes, according to the Assistance Association for Political Prisoners, a nonprofit that is monitoring the junta’s attempt to crush political opposition.

Saturday’s attack appeared to be one of the most brutal by security forces on protesters demonstrating against the Feb. 1 military coup in the Southeast Asian nation.

The Biden administration, after expressing increasing concern about the crackdown on political opposition and human rights abuses, directed U.S. Trade Representative Katherine Tai on Monday to suspend trade ties with Myanmar that the U.S. established in 2013. That year’s Trade and Investment Framework Agreement, or TIFA, was suspended immediately until the return of a democratically elected government, Ms. Tai’s office said.

GREENVILLE, N.C.--(BUSINESS WIRE)--Employers aiming to win the war on talent have a new “A” team to tap into: college and professional athletes. … END_OF_DOCUMENT_TOKEN_TO_BE_REPLACED

Mortgage rates are likely to rise in July, extending a seven-month streak. High inflation, and the Federal Reserve's efforts to control it, have … END_OF_DOCUMENT_TOKEN_TO_BE_REPLACED