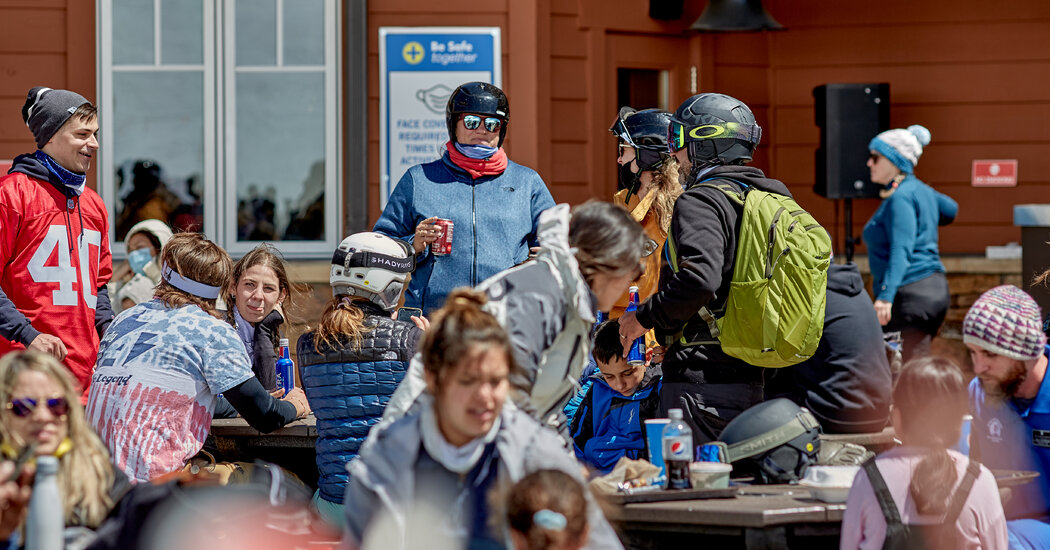 More than half of U.S. states have seen a significant decline in new coronavirus cases over the past two weeks, as federal health officials have begun to suggest that the virus’s trajectory is improving. Still, the uneven levels of vaccination across the country point to the challenge of reaching those people who have not gotten shots.

As of Tuesday, the United States was averaging almost 54,000 new cases a day, a 24 percent decline from two weeks ago, and comparable to the level of cases reported in mid-October before the deadly winter surge, according to a New York Times database. Since peaking in January, cases, hospitalizations and deaths nationwide have drastically declined.

Over the past two weeks, case numbers have fallen by 15 percent or more in 27 states, the District of Columbia and the U.S. Virgin Islands, with drops of 30 percent or more in 11 states. As of Tuesday, Oklahoma reported a 55 percent decline in the average number of new cases a day, while Michigan, which had one of the nation’s most severe recent outbreaks, is now seeing rapid improvement with cases there down nearly 40 percent.

In New York City, which had seen stubbornly high caseloads for months, the second wave is receding a half-year after it started, the city’s health commissioner said.

a recurring sense of “impending doom” last month, Dr. Rochelle Walensky, the director of the Centers for Disease Control and Prevention, said on Wednesday that she was beginning to see signs of progress.

“Cases are starting to come down. We think that this is related to increased vaccination, increased people taking caution, and so I’m cautiously optimistic that we’re turning the corner,” she said on “Good Morning America.”

But she warned that “the virus is an opportunist” and could strike in communities with low vaccination rates. Persistent vaccine hesitancy remains a challenge, and the pace of vaccination will ebb, officials have acknowledged, amid issues of supply and demand.

About 43 percent of people have received at least one dose of a Covid-19 vaccine, and 30 percent have been fully vaccinated. Providers are administering about 2.67 million doses per day on average, as of Wednesday, about a 21 percent decrease from the peak of 3.38 million reported on April 13.

The C.D.C.’s move to relax mask guidance outdoors this week is a reflection of the rise in the total number of vaccination — and an incentive to get a shot, experts said.

a Tuesday interview on CNN.

As President Biden addresses a joint session of Congress on Wednesday evening, he has set a target date of July 4 for the country “to get life in America closer to normal.” But public health experts have emphasized that the experience of the pandemic across the world is not universal. India, for example, is experiencing a catastrophic second wave that could have global implications.

“Pandemics require global cooperation and mutual support,” Dr. Murthy said. “When there’s uncontrolled spread of the virus in any part of the world, that means that variants can arise, variants which may over time become resistant to the protection that we get from vaccines, which could mean a real problem for us here in the United States.”

Three men were indicted in the death of the notorious gangster James (Whitey) Bulger, who was beaten to death four years ago in a West Virginia … END_OF_DOCUMENT_TOKEN_TO_BE_REPLACED

Dr. Connolly and Dr. Mott live in the North Baltimore neighborhood of Homeland, known for its strong public schools and colonial architecture, which … END_OF_DOCUMENT_TOKEN_TO_BE_REPLACED