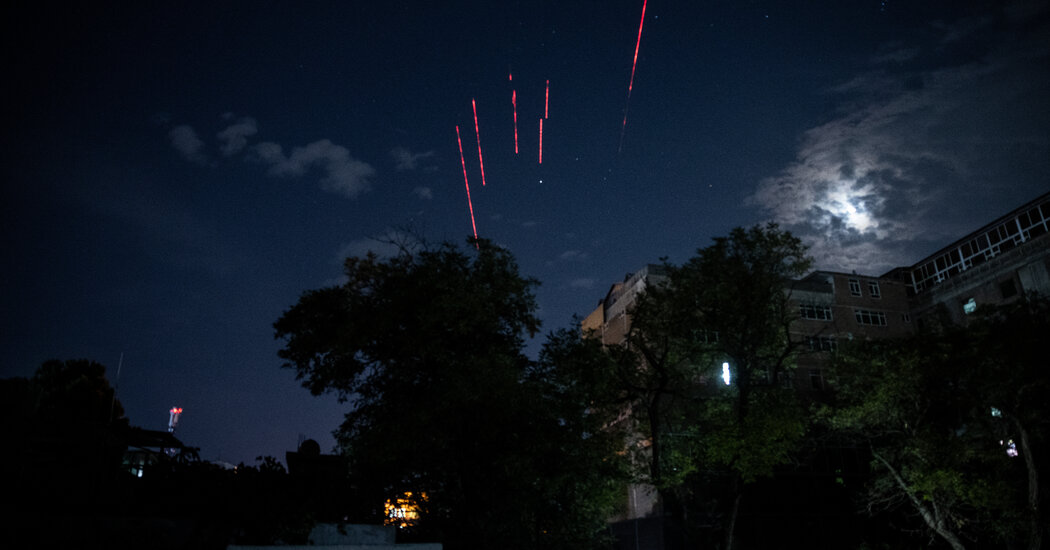 The last United States forces left Afghanistan late Monday, ending a 20-year occupation that began shortly after Al Qaeda’s attacks on 9/11, cost over $2 trillion, took more than 170,000 lives and ultimately failed to defeat the Taliban, the Islamist militants who allowed Al Qaeda to operate there.

Five American C-17 cargo jets flew out of Hamid Karzai International Airport in Kabul just before midnight, the officials said, completing a hasty evacuation that left behind tens of thousands of Afghans desperate to flee the country, including former members of the security forces and many who held valid visas to enter the United States.

“A new chapter of America’s engagement with Afghanistan has begun,” Secretary of State Antony J. Blinken said on Monday evening. “It’s one in which we will lead with our diplomacy. The military mission is over.”

But the war prosecuted by four presidents over two decades, which gave Afghans a shot at democracy and freed many women to pursue education and careers, failed in nearly every other goal. Ultimately, the Americans handed the country back to the same militants they drove from power in 2001.

scenes of mass desperation and carnage this past week became indelible images of the Americans’ final days, only a few hundred Afghans still waited at the gates on Monday night as the last flights departed.

Bin Laden was killed by an American SEAL team in Pakistan in 2011.

But the United States, confident it had routed the Taliban, refused their entreaties for a negotiated surrender and plowed ahead with an enormous effort to not only drive them out but to construct a Western-style democracy in Afghanistan. The lengthy occupation allowed the Taliban to regroup, casting itself as the national resistance to the American invaders and, three American presidents later, driving them out in a war of attrition, much as Afghans had done to the Soviets in the 1980s.

The United States departure was marred by a ghastly burst of civilian casualties that seemed emblematic of the American missteps in the war.

A drone strike that the U.S. military said was aimed at thwarting an attack on the airport killed 10 civilians, survivors said, including seven children, an aid worker for an American charity organization, and a contractor with the U.S. military.

according to Brown University’s Cost of War project — approached the number of dead fighters.

The Taliban gave few signs on Monday that they were ready to govern a country of nearly 40 million facing a major humanitarian crisis, with about half the population malnourished, according to the United Nations.

a suicide attack that killed more than 170 people, including 13 American service members, at the airport on Thursday.

The spokesman, Capt. Bill Urban, said that the military was investigating the claims of civilian casualties, and suggested that any civilian deaths may have resulted from the detonation of the explosives in the vehicle. The New York Times could not independently verify whether the American missile strike killed the 10 civilians.

In the final hours of the evacuation, American surveillance and attack aircraft locked down the skies over Kabul, circling high overhead until the last transport plane was aloft.

“Job well done,” said Maj. Gen. Chris Donahue, the commanding general of the 82nd Airborne, who was on the last plane out. “Proud of you all.”

A military official said that every American who wanted to leave and could get to the airport was taken out. But a number of Americans, thought to be fewer than 300, remain, either by choice or because they were unable to reach the airport.

But the evacuation did not reach all those Afghans who had assisted the United States over the years, and who now face possible Taliban retribution. An unknown number of those who made it through the tortuous process for special visas granted to American collaborators never even made it to the airport, much less onto an evacuation flight.

a deadly Taliban attack in 2016, were also left behind. Some 600 hundred students and relatives had boarded buses to the airport but in the end were not cleared to enter the airport gates.

Mr. Blinken said the United States had “worked intensely” to evacuate Afghans who worked with the Americans and were at risk of reprisal.

“We’ve gotten many out but many are still there,” he said. “We will keep working to help them. Our commitment to them has no deadline.”

He also said that the Taliban had pledged to let anyone with proper documents “freely depart Afghanistan.”

Conditions are bound to get much worse soon, both in Kabul and across the country, U.N. officials warned. Food stocks will likely run out at the end of September, said Ramiz Alakbarov, the United Nation’s humanitarian coordinator for Afghanistan.

The Taliban have promised amnesty to those who opposed them, but it is a promise they may not have the power to keep.

“The Taliban are going out of their way to emphasize the amnesty message,” the veteran diplomat said. “But they may not have full command and control.”

In Kabul, “we may be on the brink of an urban humanitarian catastrophe,” the diplomat said. “Prices are up. There are no salaries. At some point millions of people will reach desperation.”

The union movement that kicked off across the country more than a year ago has continued its momentum in 2022, with workers in warehouses, coffee … END_OF_DOCUMENT_TOKEN_TO_BE_REPLACED

Keep up! Reality TV star Kim Kardashian has splurged on a cliffside mansion in Malibu, CA, that was once owned by Cindy Crawford and Rande … END_OF_DOCUMENT_TOKEN_TO_BE_REPLACED