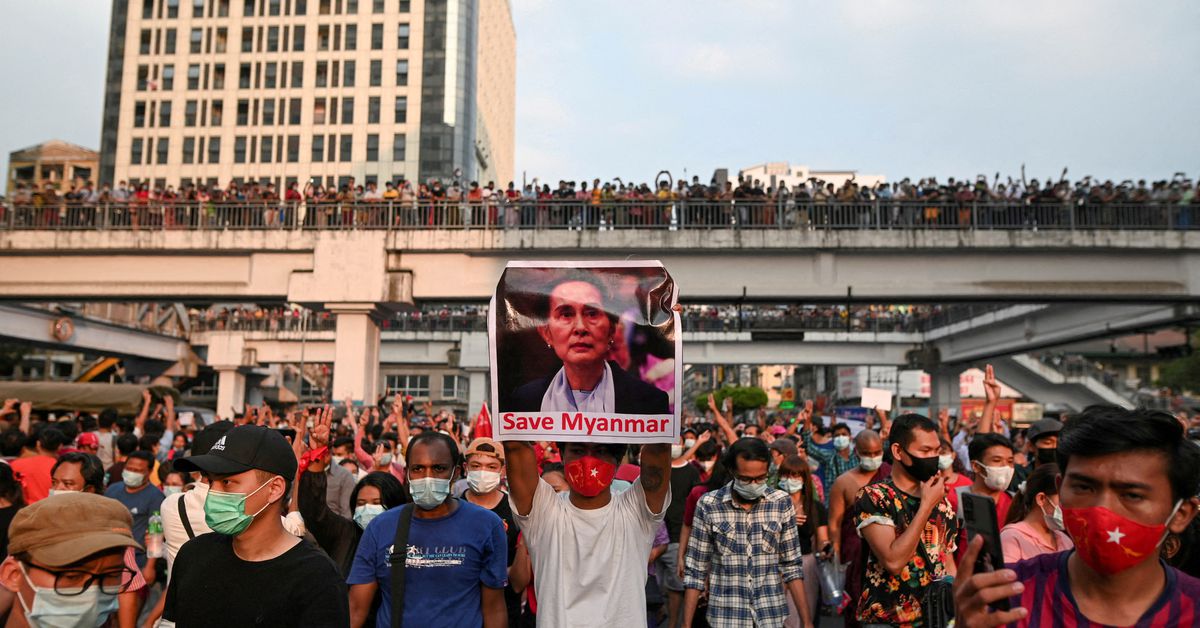 WASHINGTON, Jan 26 (Reuters) – The United States on Wednesday issued a business advisory for Myanmar, warning of heightened risks associated with doing business in the country especially when the military is involved, nearly a year after a the army took power in a coup.

The advisory warned that businesses should be wary of illicit finance risks as well as reputational and legal risks of doing business and utlizing supply chains under Myanmar military control.

“The coup and subsequent abuses committed by the military have fundamentally changed the direction of the economic and business environment in Burma,” the advisory said.

The junta has been fighting on multiple fronts since seizing power, cracking down with deadly force on protests while intensifying operations against ethnic minority armies and newly formed militias allied with the ousted government.

“The return of military rule in Burma brings with it high levels of public corruption and a deficient anti-money laundering regime,” Under Secretary of the Treasury for Terrorism and Financial Intelligence Brian Nelson said in a statement.

The advisory cited state-owned enterprises, gems and precious metals, real estate and construction projects and arms, military equipment and related activity as entities and sectors of greatest concern in the country, adding that they have been identified as providing economic resources for the junta.

The advisory said state-owned enterprises, including Myanma Oil and Gas Enterprise and Myanma Timber Enterprise, played a large role in the country’s economy and generate about half of the junta’s revenue.

The advisory comes after oil majors TotalEnergies (TTEF.PA) and Chevron Corp (CVX.N), partners in a major gas project in Myanmar, said last week they were withdrawing from the country, citing the worsening humanitarian situation following the coup. read more

AUSTIN, Texas--(BUSINESS WIRE)--As the first multifamily management company to be recognized in the Public Relations and Marketing Excellence Awards, … END_OF_DOCUMENT_TOKEN_TO_BE_REPLACED

There have been whispers of cooling housing and rental prices in the San Francisco Bay Area, but that hasn't yet translated into practical, noticeable … END_OF_DOCUMENT_TOKEN_TO_BE_REPLACED

Cars pass in Independence Square at twilight in Kyiv, Ukraine, Monday, Oct. 31, 2022. Rolling ... [+] blackouts are increasing across Ukraine as the … END_OF_DOCUMENT_TOKEN_TO_BE_REPLACED