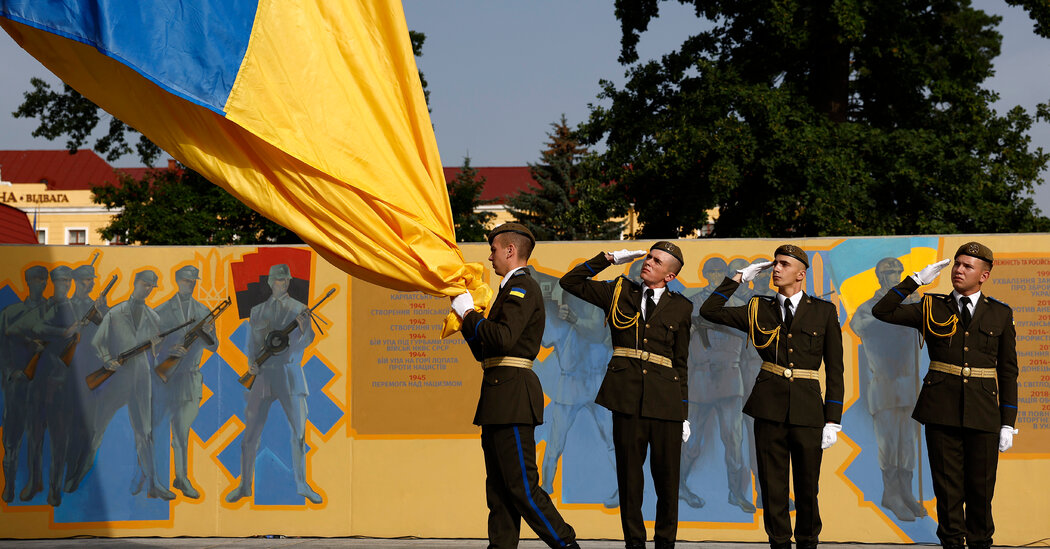 VERSOIX, Switzerland — The phones ringing in an office near the tranquil shores of Lake Geneva are a constant reminder of the devastation about 1,500 miles away in Ukraine.

The anguished callers are hoping to find any sign of loved ones, including many who went missing weeks ago when a blast killed dozens of Ukrainians at a detention camp controlled by Russia. Fielding the calls — roughly 900 a day — are staff members of the International Committee of the Red Cross, which helps trace people lost in conflicts and disasters across the world.

“She was in the street. I heard the air raid sirens, small explosions, people screaming,” said Mathias Issaev, relating a call from a Ukrainian woman looking for her husband. “Once she got through to us she didn’t want to give up.”

Some callers are thankful to reach anyone who will listen; many are overwhelmed with distress. Call operators like Mr. Issaev make up the front line of the I.C.R.C. Central Tracing Agency, which has worked to reunite people split apart by war for more than 150 years. The job does not end when the fighting stops — it is still following cases dating back to Lebanon’s civil war of the 1970s.

In the Ukraine war, the Red Cross is trying to track around 13,000 individuals — Russian and Ukrainian, soldiers and civilians — in its biggest tracing operation since World War II. But since the explosion last month at the detention camp in Olenivka, a town in eastern Ukraine controlled by Russia, the phone operators have also faced a torrent of abuse. Callers have denounced them as idlers and traitors, or as taking sides in the conflict.

The Red Cross operates under the Geneva Conventions as a neutral intermediary between warring parties, who are supposed to provide it with details of their prisoners and allow access. But misconceptions about the agency’s role persist, including a belief that it is supposed to guarantee prisoners’ safety or can force parties to comply with the laws of war.

Red Cross officials visited the Olenivka camp in May to observe prisoners and deliver water tanks. But they have not been able to reach an agreement with Russian authorities to visit it after the explosion, exposing the limitations of the agency’s leverage. Russia and Ukraine blame each other for the blast.

“A lot of what we do is silent,” Ms. Martinez said, adding: “Because of that we are vilified.”

Such explanations provide little consolation for callers like a Ukrainian mother who got through to operator Louis Depuydt. She had seen images on the Telegram social network of her son, a prisoner of war, showing broken teeth, a black eye and other signs of mistreatment.

“She was crying, her voice was trembling, you could feel her panic,” Mr. Depuydt said. “You have to deal with a lot of emotion, a lot of fear, lots of anger.”

The relentless exposure to pain and suffering takes a toll on the operators, even those who handle emailed inquiries. Assigned to an appeal from a woman looking for her daughter, Inna Laschenko of the tracing team teared up.

“Hang in there my beautiful girl, I’m with you. I love you so much,” Ms. Laschenko, a mother of two, began, reading the message aloud. Her voice faltering, she stopped to wipe her eyes. She could only whisper the message’s last words: “Please, help me.”

Soon after Herschel Walker, the former football star, announced he would run for U.S. Senate in Georgia as a Republican, his son Christian appeared … END_OF_DOCUMENT_TOKEN_TO_BE_REPLACED

SpaceX launched four people to the International Space Station from Florida on Wednesday, as Elon Musk's company keeps up a steady pace of crewed … END_OF_DOCUMENT_TOKEN_TO_BE_REPLACED