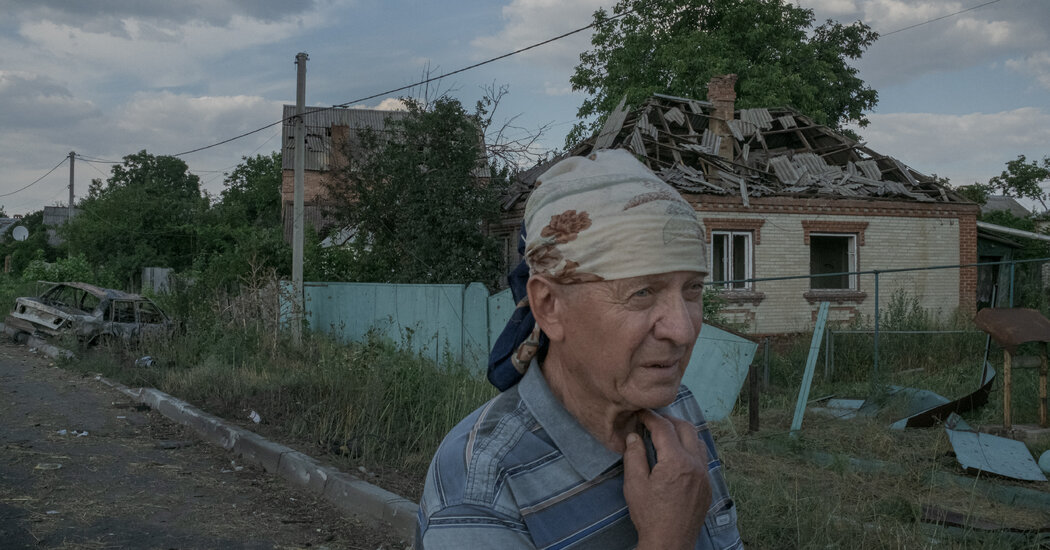 The commander in chief of Ukraine’s armed forces said on Tuesday that new long range artillery systems supplied by the United States are helping in “stabilizing” the country’s defense. Russia’s defense minister, by contrast, on Monday ordered his forces to make it a “priority” to find and destroy the weapons.

The two assessments are widely divergent but they point to a single conclusion: the High Mobility Artillery Rocket Systems, or HIMARS, weapons, first deployed in late June, are making a mark on the battlefield in Kyiv’s favor.

Russian forces have been loath to talk about setbacks since their invasion began in February, but the order by the defense minister, Sergey Shoigu, is a tacit admission of the effectiveness of the weapons, the most advanced supplied by any Western nation to President Volodymyr Zelensky’s government since Russia’s forces invaded Ukraine in February.

Twelve of the missile systems have been supplied in recent weeks and since then Ukraine has reported a string of attacks on Russian ammunition dumps deep behind the front line, often coupled with videos posted on social media of vast explosions and pillars of flame and smoke.

Ukraine’s military leader, Gen. Valerii Zalyzhnyi, said that the weapons were an “important factor” in stabilizing the country’s defensive lines, and he claimed they had delivered “surgical strikes on enemy control posts, ammunition and fuel storage depots.”

The weapons, whose satellite-guided rockets have a range of more than 40 miles, have allowed Ukraine to target critical Russian command and logistical centers that some military analysts say could disrupt Russia’s ability to deploy its greatest asset, namely its superiority in long range artillery.

Moscow’s advantage in artillery allowed it to make slow and bloody progress in the eastern Donbas region in the spring and early summer. But since Russian forces seized the last major city in Luhansk Province, Lysychansk, earlier this month, they have not made any significant gains.

Gen. Shoigu, speaking during an inspection of Russia’s military forces stationed in Ukraine, gave instructions to the Russian commander to make it a “priority” to “defeat of the enemy’s long-range high-precision missile and artillery weapons,” according to Russia’s Ministry of Defense.

While military analysts cautioned that no single weapons system could turn the tide of the war, there is some evidence of the impact the HIMARS are already having on the battlefield. A senior U.S. military official said the weapons were having a “significant impact.”

Phillips O’Brien, a professor of strategic studies at St. Andrews university, referring to the HIMARS, said that “signs are that they have restricted the amount of concentrated Russian artillery fire.”

Russian forces have two options to counter the threat. The first is to destroy the missile systems themselves, which Moscow claims to have done on two occasions in recent weeks, though it has offered no evidence to support its claims and the Ukrainians say they are false. The second is to move or disperse its stores of ammunition and other critical equipment, making it harder for the HIMARS to strike concentrated targets.

The Ukrainians have accused Russian forces of increasingly positioning equipment near critical infrastructure and civilians. Doing so could complicate any Ukrainian counteroffensive; similar actions were already posing challenges as Ukraine sought to strike targets in occupied parts of the country.

Ukraine’s armed forces said on Tuesday that they had struck and caused a huge explosion at warehouses in Nova Kakhovka, in Kherson, a region that Moscow captured in March. The city, on the Dnipro River, is close to a dam and hydro-electric plant, critical pieces of infrastructure that could, in theory, make Ukrainian forces reluctant to attack.

The ultimate test of the new weapons, the military analyst Michael Kofman said, is whether they help Ukraine launch a successful counteroffensive to regain territory.

There were no arrests in three quarters of last year’s fatal shootings, according to statistics provided by Mr. Krasner’s office, even as arrests for … END_OF_DOCUMENT_TOKEN_TO_BE_REPLACED