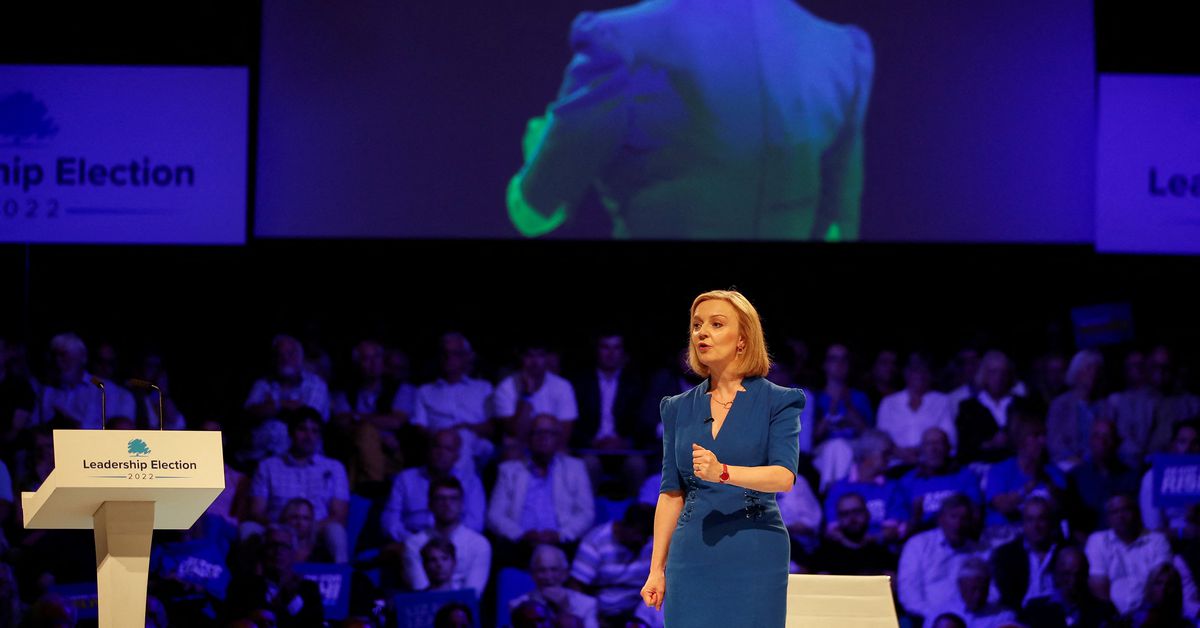 LONDON, Aug 2 (Reuters) – The frontrunner to become British prime minister, Liz Truss, said she would scrap plans to restrict multi-buy deals on food and drink high in fat, salt, or sugar and would not impose any new levies on unhealthy food.

Britain already taxes sugar in soft drinks, and in May delayed until October next year rules banning deals such “buy one get one free” on food and drink high in fat, salt or sugar due to the cost-of-living crisis. read more

“Those taxes are over,” Truss said in an interview with the Daily Mail. “Talking about whether or not somebody should buy a two-for-one offer? No. There is definitely enough of that.”

“They don’t want the government telling them what to eat,” she said.

The ban was also due to include restrictions on free refills for soft drinks in restaurants. Limits on the location of unhealthy foods in shops are still due to go ahead in October.

Opinion polls of Conservative Party members, who will elect their new leader and the country’s next prime minister, show Truss is leading her rival former finance minister Rishi Sunak ahead of a result due on Sept. 5.

Hometown Deli, Paulsboro, N.J.Mike Calia | CNBCThree men were charged with fraud and other crimes in a scheme involving a company that was worth $100 … END_OF_DOCUMENT_TOKEN_TO_BE_REPLACED

The childhood home of "The Morning Show" actor Nestor Carbonell recently hit the market in Greenwich, CT, for $4.4 million.Fans will appreciate that … END_OF_DOCUMENT_TOKEN_TO_BE_REPLACED