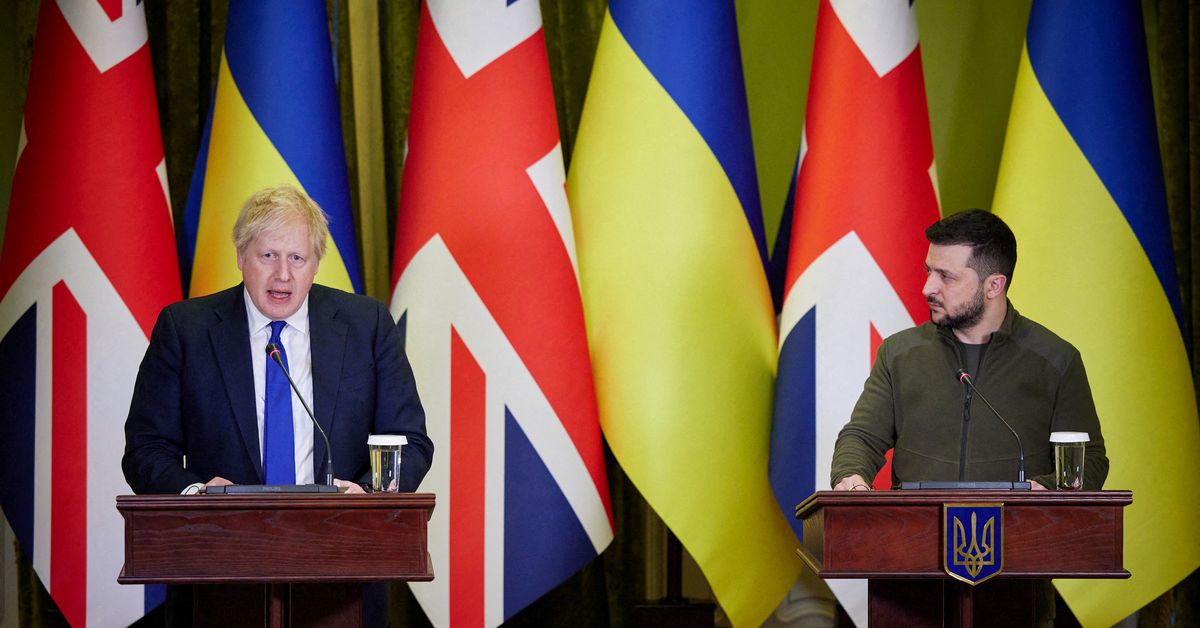 LONDON, May 7 (Reuters) – Britain said it would provide a further 1.3 billion pounds ($1.60 billion) in military support and aid to Ukraine, making the pledge ahead of a planned video call on Sunday by Group of Seven leaders with Ukrainian President Volodymyr Zelenskiy.

Prime Minister Johnson has been one of the strongest supporters of Ukraine’s efforts to resist Russian forces since Russian President Vladimir Putin launched the invasion on Feb. 24. Johnson’s government has sent anti-tank missiles, air defence systems and other weapons to Ukraine.

The new pledge almost doubles Britain’s previous spending commitments on Ukraine and the government said this is the highest rate of spending on a conflict since the wars in Iraq and Afghanistan, although it did not give details of this calculation.

“Putin’s brutal attack is not only causing untold devastation in Ukraine – it is also threatening peace and security across Europe,” Johnson said in a statement. Last week he became the first Western leader to address Ukraine’s parliament since the start of the invasion.

The leaders of the G7 countries – Britain, Canada, France, Germany, Italy, Japan and the United States – will hold their virtual meeting with Zelenskiy on Sunday, the day before Russia marks its Victory Day holiday, which marks the end of World War Two in Europe. read more

Britain said the extra spending on Ukraine will come from a reserve used by the government for emergencies.

The government also said Johnson will host a meeting of leading defence companies later this month to discuss increasing production in response to increased demand created by the war in Ukraine.

While Britain has provided significant military aid, it has so far accepted relatively few of the more than 5 million Ukrainians who have fled their country. The British government said on Saturday that so far it had issued more than 86,000 visas to Ukrainians, of whom about 27,000 had reached Britain.

Lil Wayne has just listed his modern megamansion in Miami Beach for an equally mega sum of $29.5 million.The rapper (whose legal name is Dwayne … END_OF_DOCUMENT_TOKEN_TO_BE_REPLACED