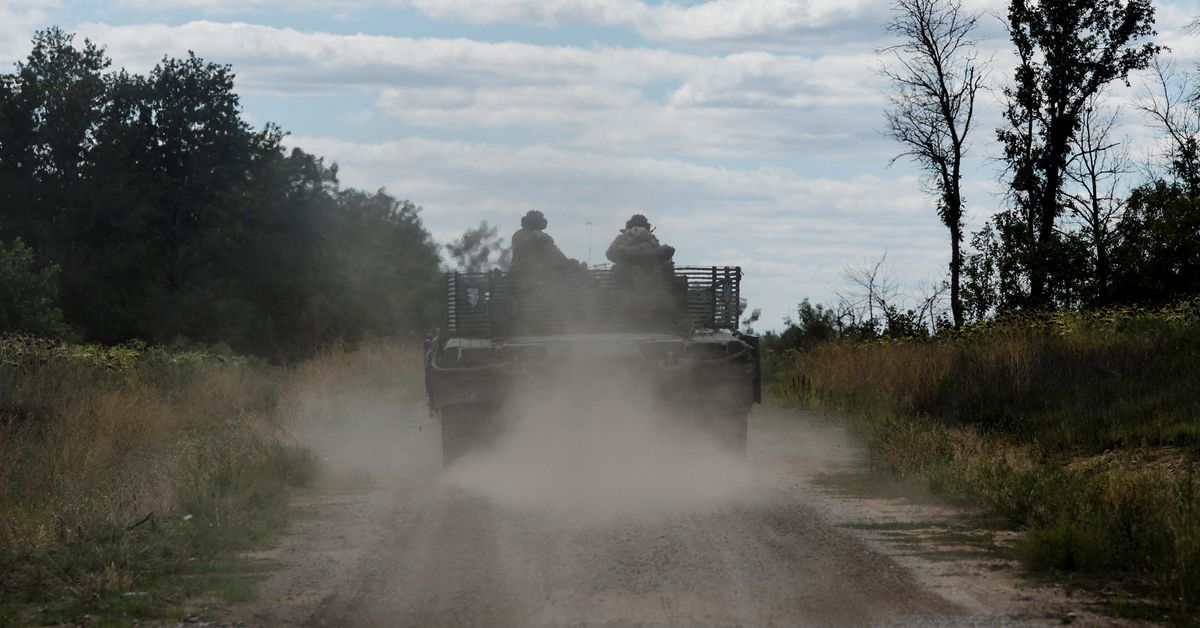 Sept 10 (Reuters) – Moscow has abandoned its main bastion in northeastern Ukraine, a sudden apparent collapse of one of the war’s principal front lines after Ukrainian forces moved to encircle the area in a shock advance. read more

* The state-run TASS news agency quoted Russia’s defence ministry as saying it had ordered troops to leave the area around the city of Izium in Kharkiv province, saying they would be sent to reinforce operations elsewhere in neighbouring Donetsk.

* A Reuters journalist inside a vast area recaptured in recent days by the advancing Ukrainian forces saw Ukrainian police patrolling towns and boxes of ammunition lying in heaps at positions abandoned by fleeing Russian soldiers.

* Reuters could not independently verify the battlefield reports.

* Mark Hertling, a retired four-star general and former commander of U.S. ground forces in Europe: “Make no mistake, (Ukraine) is executing a brilliant maneuver focused on terrain objectives to ‘bag’ Russians. But the Russians are helping them – by doing very little to counter.”

* Russia’s defence ministry on TASS: “To achieve the stated goals of the Special Military Operation for the liberation of Donbas, it was decided to regroup the Russian troops located in the districts of Balakliia and Izium for the purpose of increasing efforts in the Donetsk direction.”

* Ukrainian President Volodymyr Zelenskiy said he had spoken to French President Emmanuel Macron about the situation at the Russian-held Zaporizhzhia nuclear plant, calling for it to be “demilitarized”.

* Shelling has destroyed power infrastructure in the city of Enerhodar where staff operating Zaporizhzhia live, posing a growing threat to the plant, the U.N. nuclear watchdog said on Friday. read more

* European Union energy ministers on Friday gave the European Commission the task of pressing ahead with a cap on the revenues of non-gas power producers benefiting from soaring energy prices, while backing away from capping Russian gas prices. read more

* Russia’s Foreign Ministry said on Friday a deal to unblock Ukrainian grain exports via the Black Sea is being fulfilled “badly” and its extension, due in late November, will depend on how it is implemented, RIA reported. read more

Soon after Herschel Walker, the former football star, announced he would run for U.S. Senate in Georgia as a Republican, his son Christian appeared … END_OF_DOCUMENT_TOKEN_TO_BE_REPLACED

SpaceX launched four people to the International Space Station from Florida on Wednesday, as Elon Musk's company keeps up a steady pace of crewed … END_OF_DOCUMENT_TOKEN_TO_BE_REPLACED