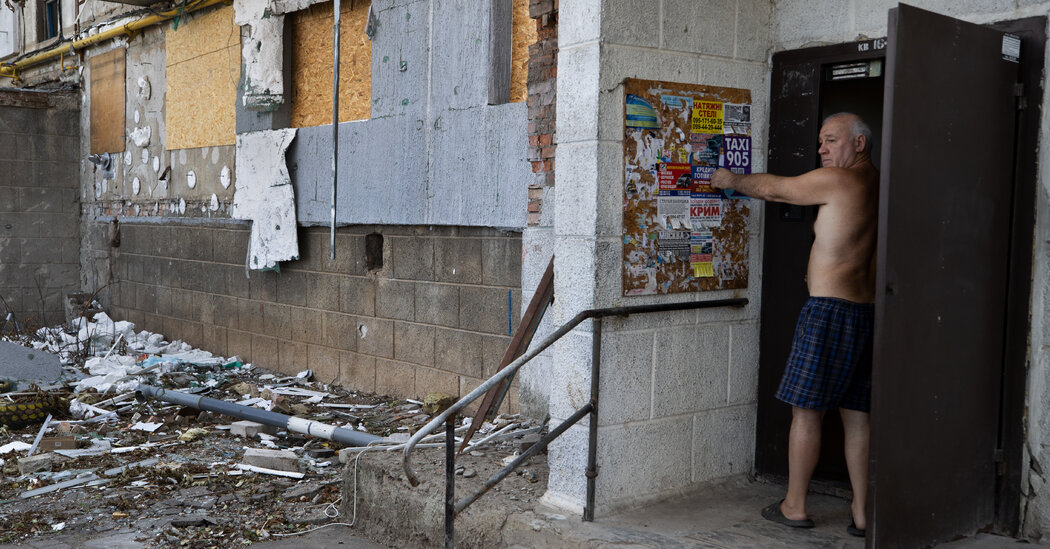 Daria Dugina, the hawkish commentator who was killed in a car bombing outside Moscow on Saturday, did not only have a following in Russia because of her frequent appearances on state television. She was also an activist who cultivated ties with European right-wing networks, according to several figures from the French far right.

Ms. Dugina was particularly connected in France, moving between ultraconservative intellectual circles long frequented by her father — Aleksandr Dugin, an ideologue whose nationalist views have influenced President Vladimir V. Putin of Russia — and far-right movements on the rise, including the party of the presidential candidate Marine Le Pen.

“She was pursuing a political goal in which she obviously wanted to promote her father’s ideas,” said Pascal Eysseric, the managing editor of Éléments, a national-conservative French magazine, who knew Ms. Dugina through her father. “She was on a mission. That’s undeniable.”

There has long been an affinity for Mr. Putin among affiliates of the French far right, who admire the Russian leader’s muscular stance and opposition to what they view as Western decadence. In 2014, Ms. Le Pen’s party, then known as the National Front, secured a $9.3 million loan from a Czech-Russian bank. The same year, it was the only French political party to support Russia’s annexation of Crimea.

Ms. Dugina, 29, studied philosophy for a year in France between 2012 and 2013 at a university in the western city of Bordeaux. It was around that time, Mr. Eysseric said, that she got in touch with GRECE, a French ethnonationalist think tank with which her father has collaborated.

She built ties with “anti-liberal, anti-Western and conservative political forces in Europe,” Mr. Eysseric said, describing her as spirited and highly educated.

Ms. Dugina promoted Ms. Le Pen through articles and appearances directed at a Russian audience. She was particularly active in the run-up to the 2017 French presidential election, according to a former member of Ms. Le Pen’s party with ties to the Kremlin, and interviewed several figures of the French far right around that time.

The former party member, who declined to be named for fear of retribution for his ties to Russia, said that Ms. Dugina met with members of Ms. Le Pen’s close circle. Hervé Juvin, a senior member of Ms. Le Pen’s party, now known as the National Rally, said he had met Ms. Dugina on several occasions but had lost track of her in recent years.

In 2019, Ms. Dugina joined several French far-right activists in signing a petition praising the Syrian leader Bashar al-Assad and describing the conflict in Syria as “planned and orchestrated” by the West and Israel.

Far-right French figures have mourned her on social networks. Éléments published a tribute to Ms. Dugina, saying she was killed because the West had long targeted her father.

“To speak with her for an hour was to have the strange impression that the (counter-)revolution was really underway and that we were really preparing to topple the established order,” David L’Épée, the editor of the conservative magazine Krisis, wrote in the article, noting her “open conspiratorial nature that so fascinated her interlocutors.”

He said that the last time he saw Ms. Dugina, she had just returned from a meeting with associates of Matteo Salvini, the Italian far-right leader.

Hometown Deli, Paulsboro, N.J.Mike Calia | CNBCThree men were charged with fraud and other crimes in a scheme involving a company that was worth $100 … END_OF_DOCUMENT_TOKEN_TO_BE_REPLACED

The childhood home of "The Morning Show" actor Nestor Carbonell recently hit the market in Greenwich, CT, for $4.4 million.Fans will appreciate that … END_OF_DOCUMENT_TOKEN_TO_BE_REPLACED