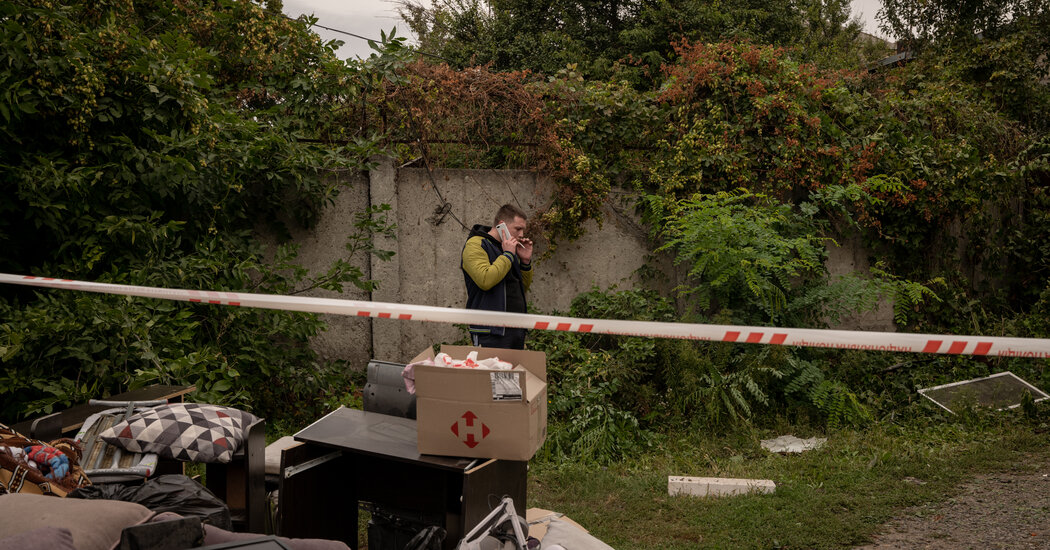 Ukraine on Sunday began turning off the last working reactor at the Zaporizhzhia Nuclear Power Plant, after concluding that keeping it running could well be the prelude to a nuclear meltdown at Europe’s largest nuclear power facility.

The step had been urged for weeks by the United States and the International Atomic Energy Agency, whose inspectors only gained access to the facility a week ago. While a direct military strike on one of the reactor cores could still trigger an accident, the risk is greatly reduced if the plant is not operating. Russian soldiers are still occupying the plant, and there have been reports of workers running the facility at gunpoint. But there have also been constant disputes over who is shelling the facility, and whether to cut off the external power that keeps critical cooling systems operating.

The move is meant to put the last of six working reactors into a relatively safe state as fighting swirls around the facility in southern Ukraine. But it also means that if the plant is once again cut off from external power, as it has been at least twice in the past three weeks, it would need to rely on diesel generators to power the safety equipment. And the fuel for the generators could run out.

“A decision was made to shut down power unit No. 6 and transfer it to the safest state — cold shutdown,” Ukraine’s nuclear regulator, Energoatom, said in a statement.

The Biden administration has been urging Ukrainian authorities to take that step for weeks, in both public and private statements. But American officials have said the Ukrainians have been reluctant. The plant, at full operation, provided about a fifth of Ukraine’s electricity supply. And there is a fear that, once shut down, Russia might seek to find ways to connect it to Russia’s grid, instead of Ukraine’s.

But by Friday it was clear that there was little choice. For a while, all the electricity was knocked out at the plant, including the usual sources of power for running the cooling systems. It seemed unlikely they would be fully restored, and Ukrainian officials argued that Russia was seeking to trigger a disaster that could then be blamed on Ukrainian plant managers.

Mr. Grossi’s agency said that its two monitors at the plant were informed of the move and noted that the restoration of a backup power line to the complex means that it has the “electricity it needs for reactor cooling and other safety functions.”

Last week, shelling severed the transmission lines that provide external power to the plant — which is occupied by Russian forces but operated by Ukrainian engineers — disconnecting it from Ukraine’s national electricity grid. Ukrainian engineers used the plant’s one active reactor to power the station’s safety and cooling systems because that was more reliable than using the diesel generators, Petro Kotin, the president of Energoatom, said in an interview.

The plant has since been reconnected to the national grid. That allowed engineers to begin shutting down the active reactor, which places it in a safer state than when it is “hot,” or actively producing energy. The remaining five reactors are already cycling down.

But the plant is far from out of the woods. The company’s statement noted that the risk of further damage to power lines “remains high,” and that if the plant were forced to rely on generators to perform vital cooling functions, the length of time they could run “is limited by the technological resource and the amount of available diesel fuel.”

Shutting down all of the reactors also means that a key source of electricity will not be available to a nation already concerned about the upcoming winter. Before the war, the power plant provided 20 percent of Ukraine’s electricity. But energy officials said that the damage to transmission lines that carry electricity away from the plant had been so extensive during the war that it was unlikely it would have provided a reliable source of power, they said.

International concern about the safety of the plant has been growing as it has been repeatedly shelled over the past month. Russian forces have turned the sprawling complex into a fortress, parking military equipment close to the reactors and stationing some hundreds of soldiers at the plant.

Danny DeVito and Rhea Perlman have listed their cozy two-bedroom Los Angeles retreat for  $1.55 million.DeVito, who stars in "It's Always … END_OF_DOCUMENT_TOKEN_TO_BE_REPLACED