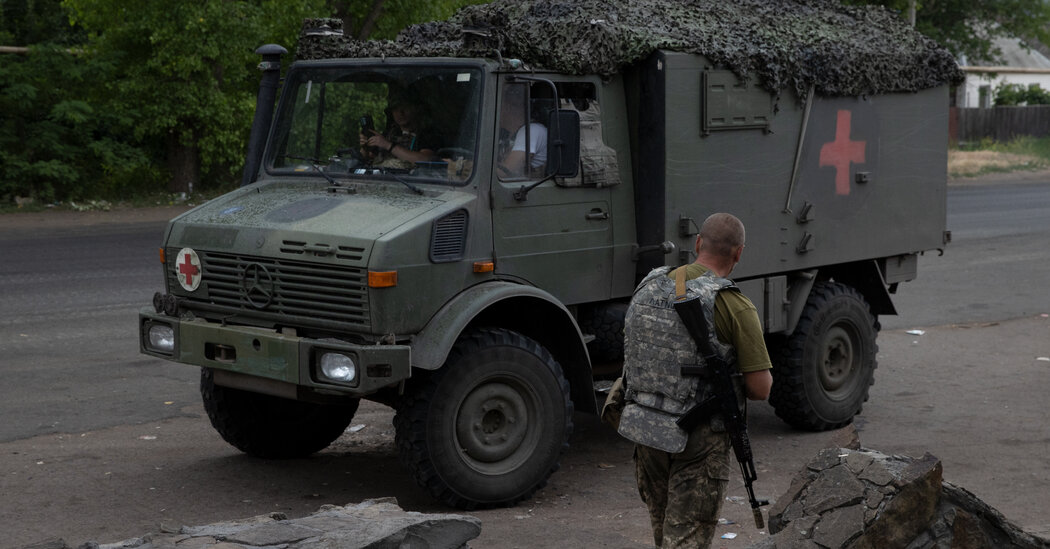 BRUSSELS — The European Union officially made Ukraine a candidate for membership on Thursday, signaling in the face of a devastating Russian military onslaught that it sees Ukraine’s future as lying in an embrace of the democratic West.

While Ukraine’s accession into the bloc could take a decade or more, the decision sends a powerful message of solidarity to Kyiv and a rebuke to Moscow, which has worked for more than a decade to keep Ukraine from building Western ties.

The step was seen as almost impossible mere weeks ago, not least because Ukraine was seen as too far behind in terms of eliminating corruption and instituting economic reforms.

But the decision to nonetheless give it candidate status was another leap for European nations that have been rapidly shedding preconceptions and reservations to back Ukraine in the face of Russia’s invasion.

“Agreement,” Charles Michel, the president of the European Council, said on Twitter. “A historic moment. Today marks a crucial step on your path towards the EU.”

Candidacy in the European Union, which the 27 E.U. leaders also granted to Moldova, is a milestone but little else. It signals that a nation is in position, if certain conditions are met, to begin a very detailed, painstaking and yearslong process of changes and negotiations with the bloc, with a view to eventually joining.

When that might happen depends on the readiness of the country in question, which must align itself institutionally, democratically, economically and legally to E.U. laws and norms. On average, the process has taken other countries about 10 years; Turkey has been a candidate for 21 years, but is unlikely to join.

President Volodymyr Zelensky of Ukraine called the E.U. move “one of the most important decisions for Ukraine” in its 30 years as an independent state.

“This is the greatest step toward strengthening Europe that could be taken right now, in our time, and precisely in the context of the Russian war, which is testing our ability to preserve freedom and unity,” Mr. Zelensky wrote on Telegram.

The European Union began in 1952 as a free-trade bloc among a core six nations. It has grown through the years to not only include huge swaths of the European continent, but also to encompass policies far beyond trade and economics, although those remain its strongest and best-aligned types of joint work.

The war in Ukraine has forced the European Union into foreign policy, defense and military alignment, areas that it is both politically uncomfortable with and legally underqualified to address. Although no substitute for NATO, the bloc could in future years — by the time Ukraine actually joins — develop into more of a military union.

The leaders of Germany, France and Italy, the largest E.U. nations, gave a preview of the decision to grant candidate status to Ukraine in a visit last week to its capital, Kyiv. Still, a handful of member countries needed to be convinced that despite Ukraine’s unreadiness to join the union, it was vital to give it the prospect.

Important as the moment is for Ukraine, it is deeply significant for the European Union, too. Most members had been eager to keep the bloc from growing, partly because its 27 members already find it at times exceedingly hard to agree on key issues like democratic freedoms, economic overhauls and the role of the courts.

The bloc nearly doubled in size in the decade from 2004 to 2014, adding 13 members, many of them poorer former Soviet nations that swiftly gained access to wealthier labor markets and ample funding by the bloc.

That integration is still not complete, with several nations struggling with corruption, rule-of-law issues and economic backsliding. This calls into question the bloc’s capacity to absorb a country of Ukraine’s size and population.

Some European nations would have also liked to see Albania and North Macedonia, Balkan nations that have been candidates for more than a decade, admitted before Ukraine. Western Balkan leaders met with their E.U. counterparts earlier Thursday, but the meeting yielded no progress.

The move to grant Ukraine’s candidacy is bound to irritate Russia, which has described Ukraine’s aspirations to align itself with Western institutions like NATO and the European Union as a provocation and interference in its sphere of influence.

AUSTIN, Texas--(BUSINESS WIRE)--As the first multifamily management company to be recognized in the Public Relations and Marketing Excellence Awards, … END_OF_DOCUMENT_TOKEN_TO_BE_REPLACED

There have been whispers of cooling housing and rental prices in the San Francisco Bay Area, but that hasn't yet translated into practical, noticeable … END_OF_DOCUMENT_TOKEN_TO_BE_REPLACED

Cars pass in Independence Square at twilight in Kyiv, Ukraine, Monday, Oct. 31, 2022. Rolling ... [+] blackouts are increasing across Ukraine as the … END_OF_DOCUMENT_TOKEN_TO_BE_REPLACED