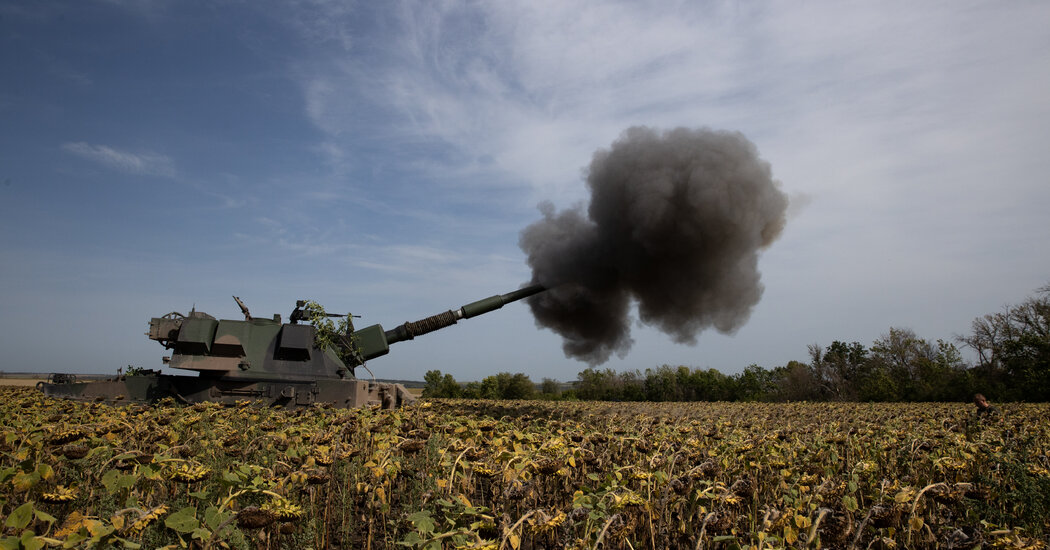 Iran delivered to Russia the first batch of two types of military drones this month as part of a larger order totaling hundreds of the aerial war machines, according to an Iranian adviser to the government and two U.S. administration officials who were not authorized to speak on the record.

American officials said Russia could deploy the Iranian-made drones in its war against Ukraine to conduct air-to-surface attacks, carry out electronic warfare and identify targets.

Iran has officially said that it would not provide either side of the conflict with military equipment but has confirmed that a drone deal with Russia was part of a military agreement that predated the invasion of Ukraine.

Over several days in August, Russian transport aircraft loaded the drone equipment at an airfield in Iran and subsequently flew to Russia, according to the two U.S. officials.But the first shipments of Iranian-supplied drones, the American officials said, have had mechanical and technical problems.

The drone shipment, and the mechanical problems, was earlier reported by The Washington Post.

“From Iran’s perspective, relations with the U.S. cannot be improved, and the Europeans are not powerful enough to protect Iranian interests,” said Sina Azodi, a nonresident fellow with the Atlantic Council, an international affairs research institute. “But Russia and China can help Iran counter the West.”

Russia, for its part, has found a welcome new ally in Iran to help it evade the sanctions imposed by much of the world after its invasion of Ukraine. President Vladimir V. Putin traveled to Iran in July to meet with the country’s supreme leader, Ayatollah Ali Khamenei, and other senior officials.

The two types of drones being provided to Russia are the Iranian-manufactured Mohajer-6 and Shahed series. Russian operators are receiving training on the drones in Iran, according to the Iranian adviser and American officials familiar with the transfer.

The Mohajer-6 has the capability to carry out surveillance and reconnaissance missions, and the Shahed series is considered among the most capable of Iran’s military drones, according to comments made by the Iranian military to local news media.

Iran is a pioneer in drone technology, with at least four decades of design and manufacturing experience, and it has been providing combat drones to military groups and proxy militia in Yemen, Iraq, Syria, Lebanon and Gaza.

Officials in Israel, the United States and some Sunni Arab countries like Saudi Arabia have said they are increasingly concerned that Iran’s advancing drone technology could destabilize the region and empower militias backed by Iran.

In the shadow war between Iran and Israel, Iranian drones have been involved in attacks on ships and have targeted U.S. military bases in Iraq and Syria. Israel has also attacked a secret facility in western Iran where hundreds of drones were believed to have been stored.

Iran has quietly ramped up its drone sales far beyond the region as it seeks to be a global player in the drone market. Iran has sold drones to Ethiopia, Sudan and Venezuela; in May, it inaugurated a joint drone-manufacturing factory in Tajikistan.

The United States has been warning since last month that Russia intended to receive drones from Iran. The Russian military is experiencing major supply shortages in Ukraine, in part because of sanctions and export controls, forcing Russia to rely on countries like Iran for supplies and equipment.

The terms of the Iran-Russia drone deal were not immediately clear. The adviser to the government said no money had yet been exchanged.

Danny DeVito and Rhea Perlman have listed their cozy two-bedroom Los Angeles retreat for  $1.55 million.DeVito, who stars in "It's Always … END_OF_DOCUMENT_TOKEN_TO_BE_REPLACED