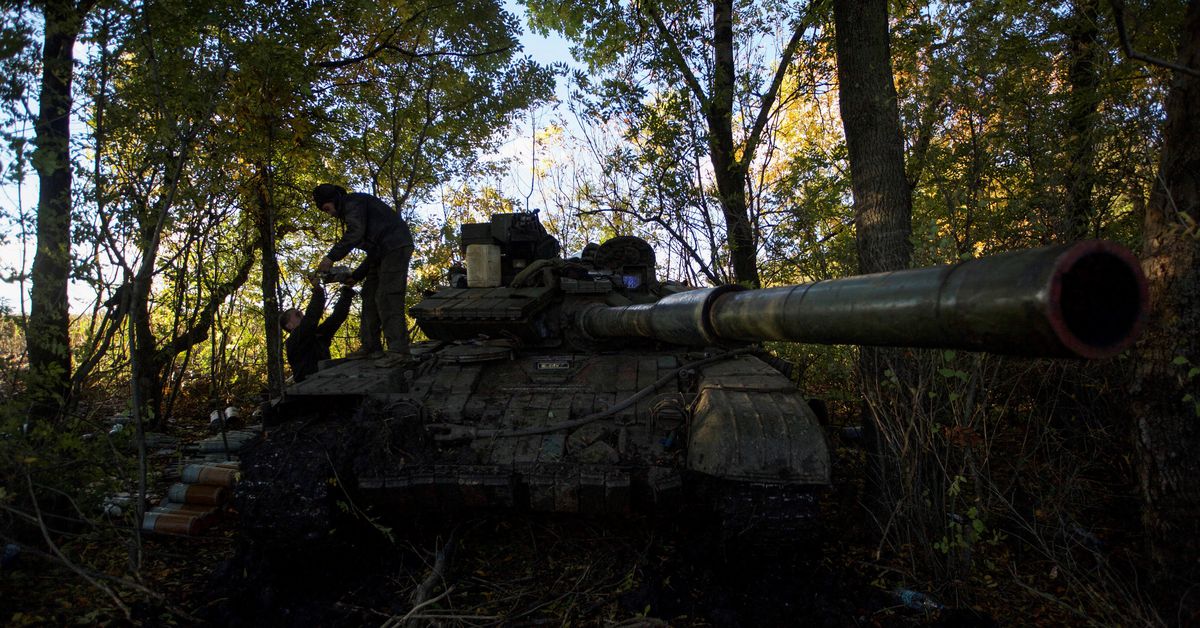 Although Ukrainian troops have recaptured thousands of square kilometres (miles) of land in recent offensives in the east and south, officials say progress is likely to slow once Kyiv’s forces meet more determined resistance.

Fighting is particularly intense in the eastern Donetsk and Luhansk provinces bordering Russia. Together they make up the larger industrial Donbas, which Moscow has yet to fully capture.

Russian forces have repeatedly tried to seize Bakhmut, which sits on a main road leading to the cities of Sloviansk and Kramatorsk. Both are situated in the Donetsk region.

“Active fighting continues in various areas of the front. A very difficult situation persists in the Donetsk region and Luhansk region,” Zelenskiy said.

“The most difficult (situation) is in the direction of Bakhmut, as in previous days. We are holding our positions.”

Separately, the Ukrainian armed forces’ general staff said in a Facebook post that troops had on Saturday repelled a total of 11 separate Russian attacks near Kramatorsk, Bakhmut and the town of Avdiivka, just to the north of Donetsk.

“Some of the missiles and drones were shot down but unfortunately, not all of them. Unfortunately, there is destruction and casualties,” he said. Kyiv said on Friday that it expected the United States and Germany to deliver sophisticated anti-aircraft systems this month.

Zelenskiy also said almost 65,000 Russians had been killed so far since the Feb. 24 invasion, a figure far higher than Moscow’s official Sept. 21 estimate of 5,937 dead. In August the Pentagon said Russia has suffered between 70,000 and 80,000 casualties, either killed or wounded.

Covers Canadian political, economic and general news as well as breaking news across North America, previously based in London and Moscow and a winner of Reuters’ Treasury scoop of the year.

AUSTIN, Texas--(BUSINESS WIRE)--As the first multifamily management company to be recognized in the Public Relations and Marketing Excellence Awards, … END_OF_DOCUMENT_TOKEN_TO_BE_REPLACED

There have been whispers of cooling housing and rental prices in the San Francisco Bay Area, but that hasn't yet translated into practical, noticeable … END_OF_DOCUMENT_TOKEN_TO_BE_REPLACED

Cars pass in Independence Square at twilight in Kyiv, Ukraine, Monday, Oct. 31, 2022. Rolling ... [+] blackouts are increasing across Ukraine as the … END_OF_DOCUMENT_TOKEN_TO_BE_REPLACED