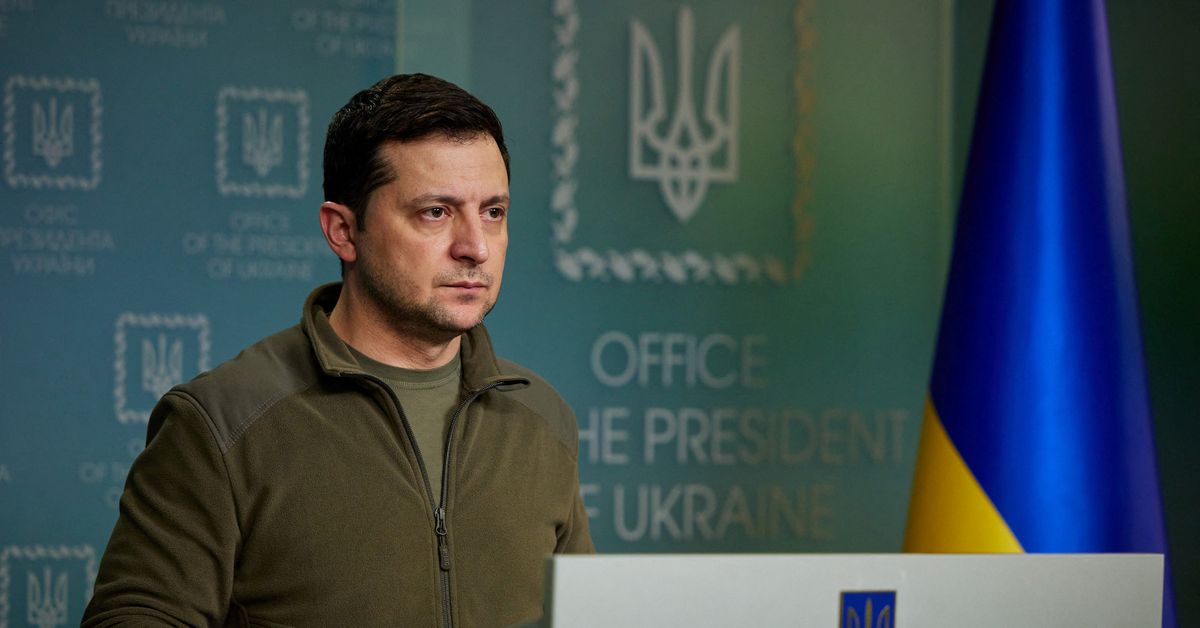 WASHINGTON, March 7 (Reuters) – Ukrainian President Volodymyr Zelenskiy appealed to American Jews for support on Monday with an unsparing account of Russian destruction in his country that he compared to the Nazi German army marching across Europe.

“This is just a pure Nazi behavior. I can’t even qualify this in any different manner,” Zelenskiy told an umbrellas group, the Conference of Presidents of American Jewish Organizations, as he continued to press for more fighter planes from the West and a no-fly zone that NATO has so far rejected.

Zelenskiy ran through a list of the cities and towns he said had been destroyed by Russian forces, while outnumbered Ukrainians were fighting with everything they had, even when they had no weapons.

“They are throwing themselves under the tanks – just for you to understand what’s happening here,” the Ukrainian leader, who is Jewish, said in a Zoom call.

The Russians are not letting people leave towns and cities they have attacked, are not allowing food and water to be brought in and are disconnecting the internet, television and electricity, he said.

“All of this happened during Nazi times,” he said. “The survival of the Ukrainian nation – the question will be the same as anti-semitism…. All of these millions of people are going to be exterminated.”

Zelenskiy said 13 people died in the bombing of a bakery in Kyiv on Monday and on Sunday, 50 children with cancer had to be moved after a missile hit a pediatric hospital in the city.

Russia calls the campaign it launched on Feb. 24 a “special military operation” to disarm Ukraine and remove leaders it describes as neo-Nazis. Ukraine and its allies call this a pretext for an invasion to conquer the nation of 44 million.

The scope and scale of the Russian assault on his country was as unexpected and devastating as the Sept. 11, 2001, attacks were for Americans, he said.

“They’re bombing the life out of everything that is moving,”

SEATTLE--(BUSINESS WIRE)--(NASDAQ: RDFN) —The housing market turned a corner in April as the inventory crunch showed signs of easing, according to a … END_OF_DOCUMENT_TOKEN_TO_BE_REPLACED

We present a chance to live like Rocky Mountain royalty right in the heart of Denver. “You don't see a lot of castles in the middle of Denver—and this … END_OF_DOCUMENT_TOKEN_TO_BE_REPLACED