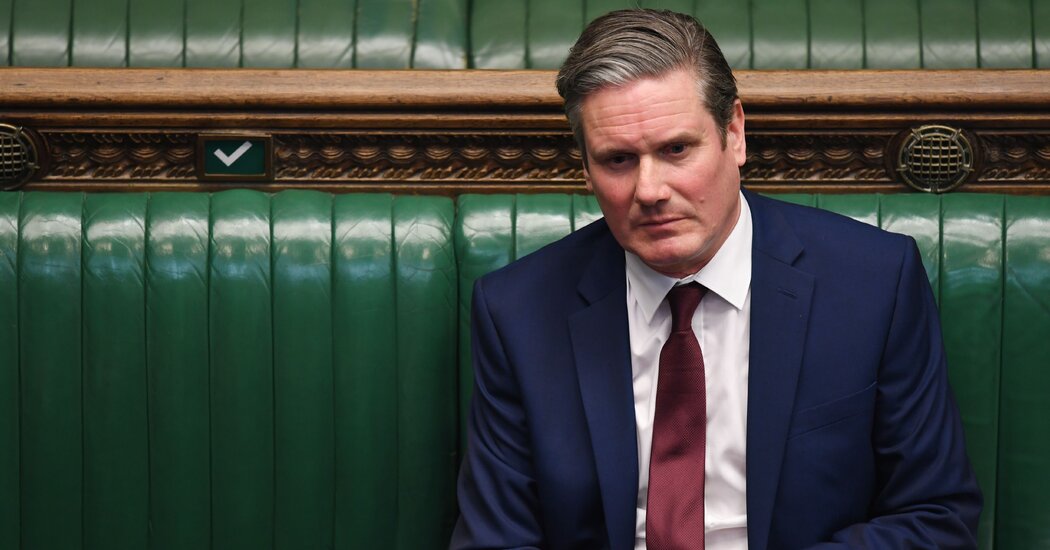 LONDON — Sober, cerebral and with the poise of the top-shelf lawyer he once was, Keir Starmer promised competence rather than charisma when he became leader of Britain’s opposition Labour Party last year, following its crushing general election defeat in 2019.

But his panicky response to last week’s poor local election results and a clumsy reshuffle of his top team have left his party in turmoil, diminishing his authority and raising doubts about whether Labour has a credible path back to power.

Mr. Starmer found himself embroiled in fierce recriminations over local election results that, with smoother communication, could have been explained away as disappointing, but instead pointed to a deeper crisis.

“The one thing Keir Starmer was supposed to be was competent,” said Steven Fielding, professor of political history at the University of Nottingham. “The election results were not good but they weren’t as bad as some people liked to present them. He completely messed up his reaction, and that highlights concerns about his ability to communicate.”

under its last leader, Jeremy Corbyn, said on Twitter.

claims Mr. Johnson broke electoral rules over the financing of a pricey refurbishment of his apartment.

But Britons apparently ignored those goings on in Westminster, and with the country now emerging from Covid-19 restrictions seemed to reward politicians who controlled health policies. The ruling Scottish National Party in Scotland performed strongly, as did the governing Labour Party in Wales.

In England, Mr. Johnson was forgiven for his chaotic early handling of the pandemic and rewarded for the country’s highly successful vaccination roll out.

Not all is lost for Mr. Starmer, particularly when the entirety of last week’s results are taken into account. According to a BBC analysis projecting the local voting into a national vote share, Labour was seven points behind the Conservatives, hardly a good result but progress on the 12-point deficit recorded in the 2019 general election.

With no credible challenger waiting in the wings, Mr. Starmer is unlikely to face any immediate threat to his leadership. Nonetheless, the speed with which critics attacked his reshuffle raises pressure on Mr. Starmer to at least identify a message that can appeal to two very different groups of Britons — the old working class stalwarts and the more youthful, liberal and better educated city dwellers.

“Under Starmer it has been two steps forward and one step back,” said Mr. Fielding, “and he hasn’t addressed the problem of how you win back the red wall without losing metropolitan liberal voters.”

AUSTIN, Texas--(BUSINESS WIRE)--As the first multifamily management company to be recognized in the Public Relations and Marketing Excellence Awards, … END_OF_DOCUMENT_TOKEN_TO_BE_REPLACED

There have been whispers of cooling housing and rental prices in the San Francisco Bay Area, but that hasn't yet translated into practical, noticeable … END_OF_DOCUMENT_TOKEN_TO_BE_REPLACED

Cars pass in Independence Square at twilight in Kyiv, Ukraine, Monday, Oct. 31, 2022. Rolling ... [+] blackouts are increasing across Ukraine as the … END_OF_DOCUMENT_TOKEN_TO_BE_REPLACED