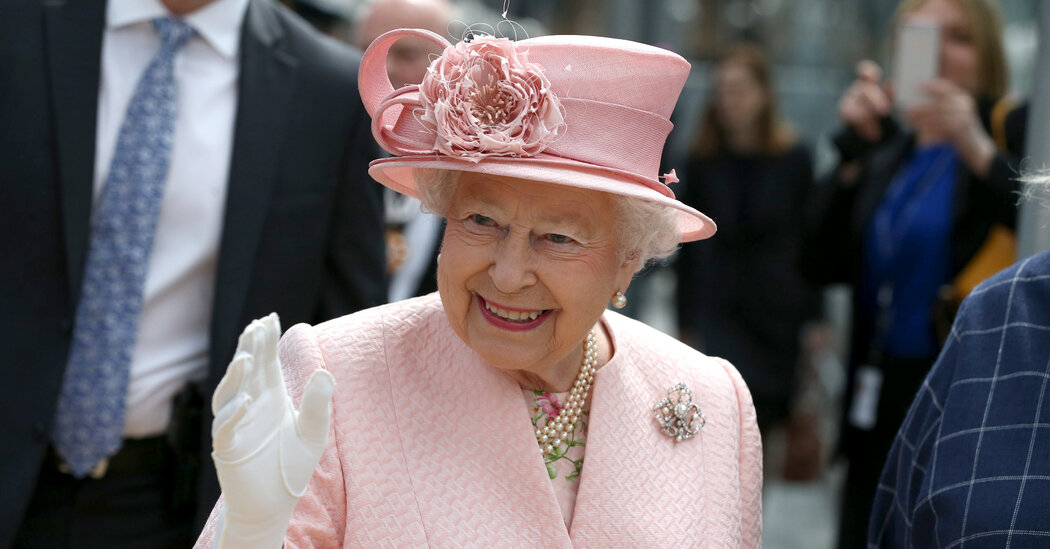 LONDON — When Chris Levine, a Canadian artist, was commissioned to make a holographic portrait of Queen Elizabeth II, who died in Scotland on Thursday, he took an unusual approach to getting her to relax.

Levine burned incense in the Yellow Drawing Room in Buckingham Palace where the shoot was taking place, and installed a light sculpture to gently pulse soothing colors around the space. Later, he encouraged the queen to shut her eyes between shots and focus on her breathing as if she were in a meditation class.

“Looking back, it was quite surreal,” Levine said in an interview in February. “I was trying to get beyond the persona of the queen, through to the essence of her being,” he recalled of his meetings with the monarch. “That’s where the real beauty is.”

Levine’s methods may be unorthodox, but they produced several celebrated images of the queen, particularly “Lightness of Being,” which depicts her with her eyes closed, as if caught in a moment of spiritual reflection.

According to Levine, when Mario Testino, the fashion photographer, saw “Lightness of Being,” he said: “People need to see this. It’s the most beautiful image.” Levine said he expected the image to be shared widely on social media after the queen’s death.

Queen Elizabeth sat for hundreds of official portraits like Levine’s during her seven decades on the British throne. But what was it like for artists to meet her, and try to make a distinct image? We spoke to three artists behind key portraits of the queen to find out.

Here are edited extracts from those conversations.

I did much more preparation than I normally would for a family portrait.

I looked at a ton of photographs that exist of her — hundreds — and thought, “People don’t look at her as a person, as a woman.” I wanted to show the queen and Prince Philip as an elderly couple who’re very close to each other and used to each other.

One of my requests was that I needed to choose the queen’s dress, because I didn’t want the danger that she’d show up in a bright yellow one that would make it impossible for me to make a good picture. When I’d looked at other portraits, so many had her wearing something bright, and it just makes her chest the dominant signal and her face look small.

On the day, my feeling was they were surprised everything was so well prepared. The queen’s dresser said, “You may touch the queen if necessary,” and after two or three exposures I realized a pillow behind her back was lining up badly, so I walked to her, moved her forward and changed its position. She found that somewhat surprising.

I exposed 17 plates and then knew I was done. I just sensed I had the image. I had 15 more minutes left, but I gave them that as a gift — some unprogrammed time.

I heard later that when they saw the picture in a museum, they stood in front of it for a long time. It’s quite big — eight feet wide and maybe six feet high — and it’s very, very sharp. You can see all her veins. Prince Philip said, “How did he do that?”

I was commissioned not long after Diana died.

I was 27, and do think they chose me because they were keen to modernize the public’s view of the monarchy, since they were being lambasted at the time as these inward-looking, irrelevant people.

It was a little overwhelming at the first sitting. When she walked in, I instantly addressed her the wrong way!

I started by taking some photos. She had a very, very straight gaze, and she never blinked, even though I was going closer and closer with my Polaroid camera. When I pulled back from her, I realized I’d shot all these Polaroids straight into her lap, which was embarrassing, but she was, like, “Don’t worry, dear. Lord Snowden used to shoot me all the time on these.”

I just remember thinking: “I’m in the presence of this human being who has met all the iconic people of the 20th century. Just down the corridor, she would have met Jackie and J.F.K., and Churchill and Idi Amin. Everyone from heroes to criminals.”

In my studio, the only way I could approach it was to paint her in the context of my other works at the time, and I did have these figures with disjoined limbs and slightly dismembered heads, so I ended up basically taking out her neck. It was a bit cheeky. I knew people would bring ideas, like, “Cut off her head!” to it.

I didn’t go in as a raging republican. I just wanted to suggest this vein of unease about the royal family at the time.

After it appeared, I had newspapers all around the world calling me and interviewing me, and people seemed really affronted by what I’d done. But the fact it’s still remembered shows the work has an almost iconic status.

I don’t know what the queen thought of it. But funnily enough, I was asked to do another portrait for the Royal Collection of Lord Chamberlain, who was this very grand old gentleman in the royal household. I’m wondering if that gives you an inkling of the queen’s sense of humor, getting me to “do the business” on this fellow.

I was going to make a holographic portrait of her and was originally thinking of making a pulse laser hologram, which would have involved exposing Her Majesty under laser light. But I got nervous on health and safety grounds, that someone was going to say, “You’re kidding, aren’t you? You want to fire lasers at the queen?”

So we came up with a different approach, where we have a camera move along a track taking a series of 200 stills from left to right, and then making a hologram from each still.

I had an idea in my mind from the beginning — to get beyond all the noise and reduce her to a kind of essence. I wanted to make it really iconic, something that would resonate.

At the time, I was really getting into meditation and was almost evangelical about it. So when the camera had finished a run and was resetting, I asked Her Majesty to breathe. I had another camera in the middle of the track, and took the image that became “Lightness of Being” while she was resting.

I called the first portrait I made “Equanimity,” and I do think she developed this mechanism of being equanimous and not giving anything away, to protect herself almost.

I showed her the work in progress at Windsor Castle — just me, her and her corgis — and asked what she felt about the title and she said, cryptically, “Well, things aren’t always as they seem.”

We did talk about meditation, yes. She said her meditation was gardening at Balmoral.

Whatever indifference I might have had about the queen up until the commission, I felt a real affection for her by the end.

Soon after Herschel Walker, the former football star, announced he would run for U.S. Senate in Georgia as a Republican, his son Christian appeared … END_OF_DOCUMENT_TOKEN_TO_BE_REPLACED

SpaceX launched four people to the International Space Station from Florida on Wednesday, as Elon Musk's company keeps up a steady pace of crewed … END_OF_DOCUMENT_TOKEN_TO_BE_REPLACED