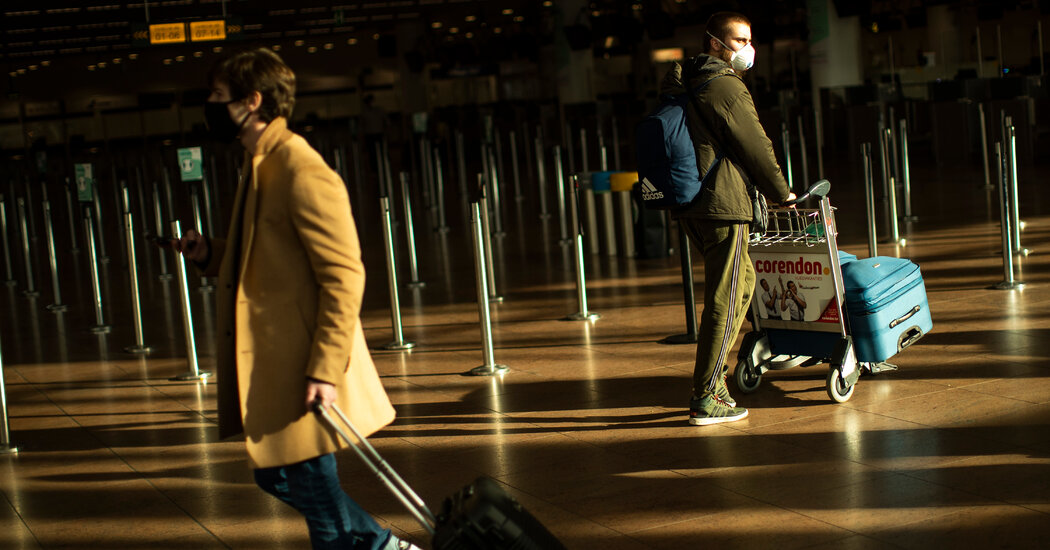 BRUSSELS — The European Union took a crucial step on Monday toward reopening its borders to vaccinated travelers after the bloc’s executive released a plan for allowing journeys to resume after more than a year of stringent coronavirus restrictions.

The European Commission, the executive branch of the European Union, proposed that the 27 member countries reopen their borders to all travelers who have been fully vaccinated with shots approved by the bloc’s medicine regulator or by the World Health Organization. The commission also outlined other, looser, pandemic-related conditions that should permit people to travel.

The proposal would see more regular travel to the bloc gradually restart in time for the summer tourism season, which provides economic lifeblood for several member states. The plans are an important moment in Europe’s efforts to return to a semblance of normalcy after more than a year of strict limitations.

Travel from outside the bloc was halted almost entirely last spring and only restored tentatively for a handful of exceptions last summer. The measures separated families, hobbled the tourism and aviation sectors and brought business travel to an almost total halt.

interview with The New York Times last month, during which she said that vaccinated Americans should be able to visit Europe this summer. The detailed proposal laid out on Monday also confirmed Ms. von der Leyen’s earlier statements about the important role that the mutual recognition of vaccination certificates will play in resuming international travel.

To pass, the proposal released on Monday will require the backing of a reinforced majority of member states, which it is likely to receive late this month or in early June. Still, individual member countries retain a good deal of sovereignty around health policy, so each state will probably use that leeway to tailor the travel measures further.

For example, some countries that greatly depend on visitors for income and jobs, such as Greece and Spain, have already moved to reopen borders even before the European Union adopts any new, bloc-wide policy. Others, especially in the continent’s north, could maintain more stringent regulations because they don’t stand to gain as much from loosened travel rules for the summer.

Given those likely differences, the commission’s proposal comes in part to prevent a totally uncoordinated approach to travelers from outside the bloc.

“digital green pass” for inoculated citizens (and has contracted companies including the logistics giant SAP to digitize vaccine cards), the United States and other countries are further behind and as yet do not offer uniform, verifiable vaccine certificates. The European Union and the United States have been involved in technical discussions on how to ensure American certificates are verifiable and acceptable in the bloc, officials said.

Addressing some major questions that aspiring visitors have raised in recent weeks, the commission said that children would not need to be vaccinated to travel to the bloc but that they could be required to show a negative test.

British visitors to the European Union, a big pool of tourists, could be counted among those able to travel more freely given the fast advancement of vaccination there. But the European Union is not yet in touch with British officials over the question of mutually recognizable vaccine certification, officials said.

If you’ve ever dreamed of a quiet life on a boat in Alaska, this new waterfront listing can help you realize that vision.Of course, there's always … END_OF_DOCUMENT_TOKEN_TO_BE_REPLACED