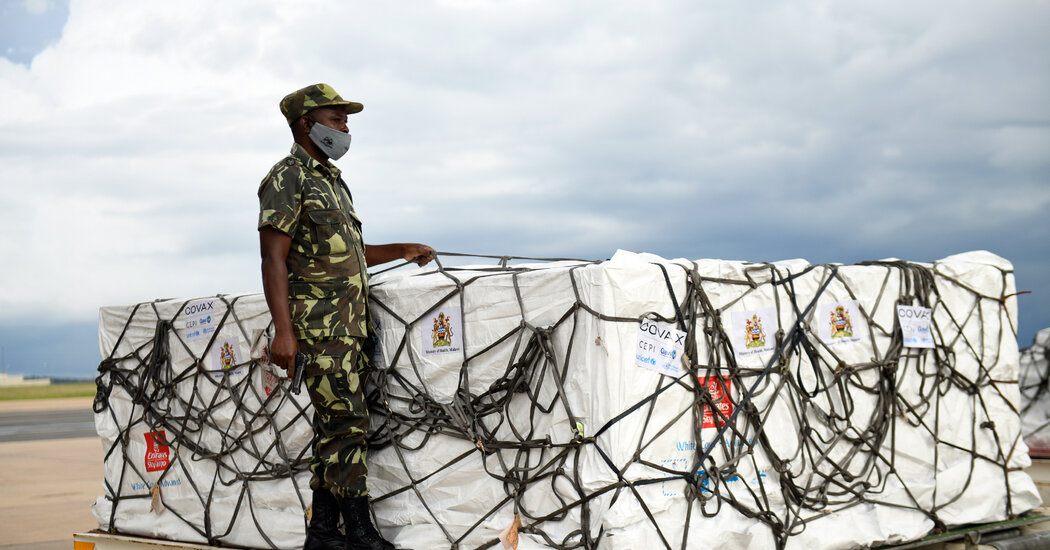 With growing community transmission and high average mortality rates from the coronavirus in Malawi, there was widespread concern among the country’s health care advocates this week when the authorities announced that they would throw away 16,000 vaccine doses that had expired.

They were part of a total of 512,000 AstraZeneca vaccine doses that the landlocked southeast African nation had received from India, the African Union and Covax, the global initiative to procure and distribute vaccines. Health officials didn’t specify why the vaccines had expired, but said the doses went void on Tuesday “due to varying expiry dates of the received vaccine consignments.”

Health experts and campaigners warned that vaccine hesitancy, along with rumors that out-of-date jabs were being administered, might have contributed to the slow distribution of the vaccine doses and their eventual expiration.

In many African countries, vaccination campaigns have been hindered by factors like science skepticism, limited or no efforts to educate the public, inefficient distribution systems and concerns over the extremely rare but serious cases of blood clots being investigated among a small number of people who received the AstraZeneca and Johnson & Johnson vaccines. Those two vaccines, which require less stringent refrigeration, are crucial to efforts to immunize populations in poorer countries.

stopped plans to secure the AstraZeneca vaccine — a decision one official said was made to avoid duplicating the efforts of Covax, which will still supply AstraZeneca to African nations. But even though the decision was not linked to concerns over blood clotting, experts said it could still magnify misinformation about the vaccine. And the African Union is shifting its focus to the Johnson & Johnson vaccine, which could add to the problem. Its use has been paused in the United States.

In African countries, public confusion over whether to get inoculated, and if so when and where to do so, has contributed to the expiration of doses. Like Malawi, South Sudan saw 59,000 unused doses expire this month.

The problem is not unique to African countries. Tens of thousands of jabs have also been thrown away in countries like France and the United States. But African countries face far more serious supply shortages. According to a New York Times database, Africa has the slowest vaccination rate of any continent, with many countries yet to start mass vaccination campaigns.

Countries like Ghana, which was the first African nation to receive doses from Covax, is about to run out of its initial supplies with no sense of when the next batch may come.

“This inequality negatively affects the entire world,” said Dr. Ngozi Erondu, an infectious disease specialist and a senior health scholar at the O’Neill Institute at Georgetown University. If “entire regions and countries remain insufficiently vaccinated,” she said, “it will continue to ravage populations with persistent morbidity and leave the larger global health community always vulnerable to the virus.”

AUSTIN, Texas--(BUSINESS WIRE)--As the first multifamily management company to be recognized in the Public Relations and Marketing Excellence Awards, … END_OF_DOCUMENT_TOKEN_TO_BE_REPLACED

There have been whispers of cooling housing and rental prices in the San Francisco Bay Area, but that hasn't yet translated into practical, noticeable … END_OF_DOCUMENT_TOKEN_TO_BE_REPLACED

Cars pass in Independence Square at twilight in Kyiv, Ukraine, Monday, Oct. 31, 2022. Rolling ... [+] blackouts are increasing across Ukraine as the … END_OF_DOCUMENT_TOKEN_TO_BE_REPLACED