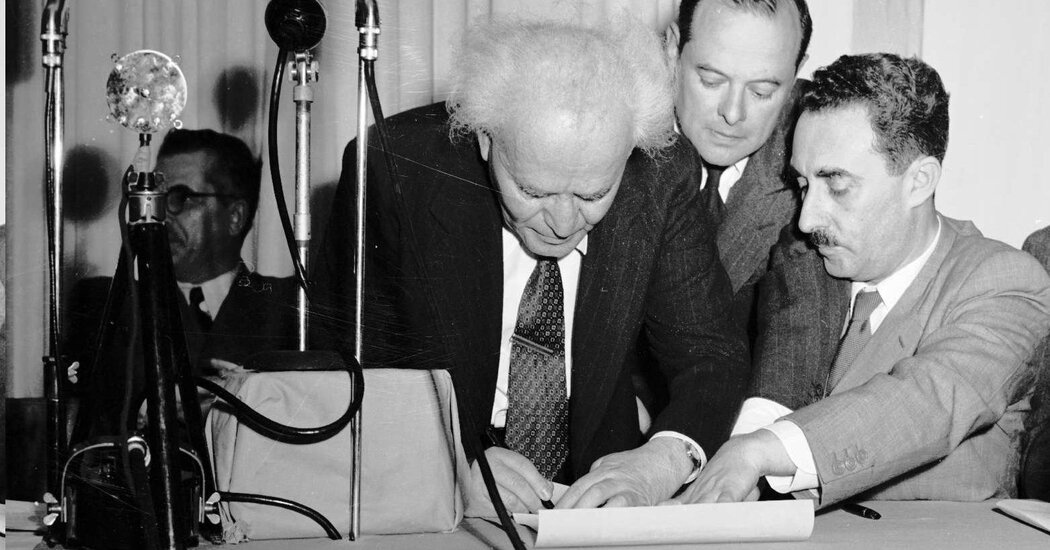 On the afternoon of July 11, 1948, Israeli regiments conducted an operation in the town of Lydda that became formative to their new state, and echoes in the violence raging this week in that same town, now known as Lod.

Civil war between Jews and Arabs had broken out in 1947, after the United Nations approved a plan to partition the British Mandate of Palestine into two new, independent states, Palestine and Israel. In May 1948, after Israel declared independence, neighboring Arab states invaded.

Two months later, Israeli forces arrived at Lydda with the town posing a dilemma for their newly formed state. Its residents were Palestinian. But, geographically, it was to be Israeli.

Historians still debate the degree to which what happened next was planned, spontaneous, or a mix of both. Israeli forces, breaching the town, exchanged fire with local militiamen. The assault left nine Israeli soldiers dead and killed more than 100 residents, according to one estimate.

premeditated policy of ethnic cleansing aimed at removing Palestinians. Others hold that Lydda’s purge was done in the heat of battle.

The mob violence this week demonstrates how a decision made in 1948 to treat the town’s Palestinians as a threat to Israel’s existence still resonates in powerful ways today.

The Seattle Seahawks are very much still in the running for Baker Mayfield. (Photo by Stacy ... [+] Revere/Getty Images) Getty Images The Seattle … END_OF_DOCUMENT_TOKEN_TO_BE_REPLACED

(CNN) — Kim Kyung-seop recalls going to cheap bars after class with his friends, where they binged on as much makgeolli as possible. "You know the … END_OF_DOCUMENT_TOKEN_TO_BE_REPLACED