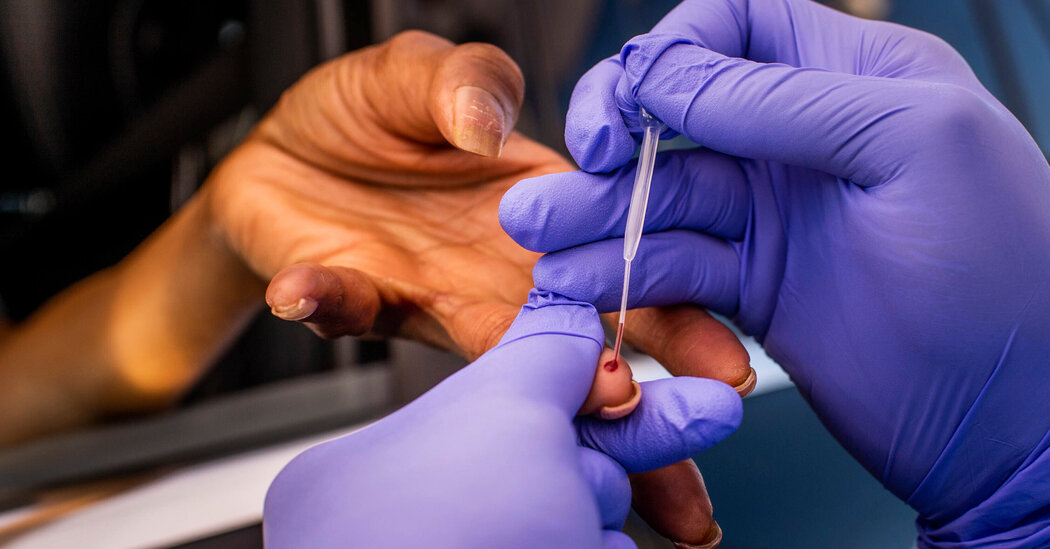 The version of the coronavirus that surfaced in Britain late last year was shocking for many reasons. It came just as vaccines had offered a glimpse of the end of the pandemic, threatening to dash those hopes. It was far more contagious than earlier variants, leading to a swift increase in hospitalizations. And perhaps most surprising to scientists: It had amassed a large constellation of mutations seemingly overnight.

A coronavirus typically gains mutations on a slow-but-steady pace of about two per month. But this variant, called B.1.1.7, had acquired 23 mutations that were not on the virus first identified in China. And 17 of those had developed all at once, sometime after it diverged from its most recent ancestor.

Experts said there’s only one good hypothesis for how this happened: At some point the virus must have infected someone with a weak immune system, allowing it to adapt and evolve for months inside the person’s body before being transmitted to others. “It appears to be the most likely explanation,” said Dr. Ravindra Gupta, a virologist at the University of Cambridge.

If true, the idea has implications for vaccination programs, particularly in countries that have not yet begun to immunize their populations. People with compromised immune systems — such as cancer patients — should be among the first to be vaccinated, said Dr. Adam Lauring, a virologist and infectious disease physician at the University of Michigan. The faster that group is protected, the lower the risk that their bodies turn into incubators for the world’s next supercharged mutant.

DALLAS — The rollback of abortion rights has been received by many American women with a sense of shock and fear, and warnings about an ominous … END_OF_DOCUMENT_TOKEN_TO_BE_REPLACED

The poshest place in California's Coachella Valley is The Madison Club. This exclusive gated community in La Quinta is where A-listers and tycoons … END_OF_DOCUMENT_TOKEN_TO_BE_REPLACED