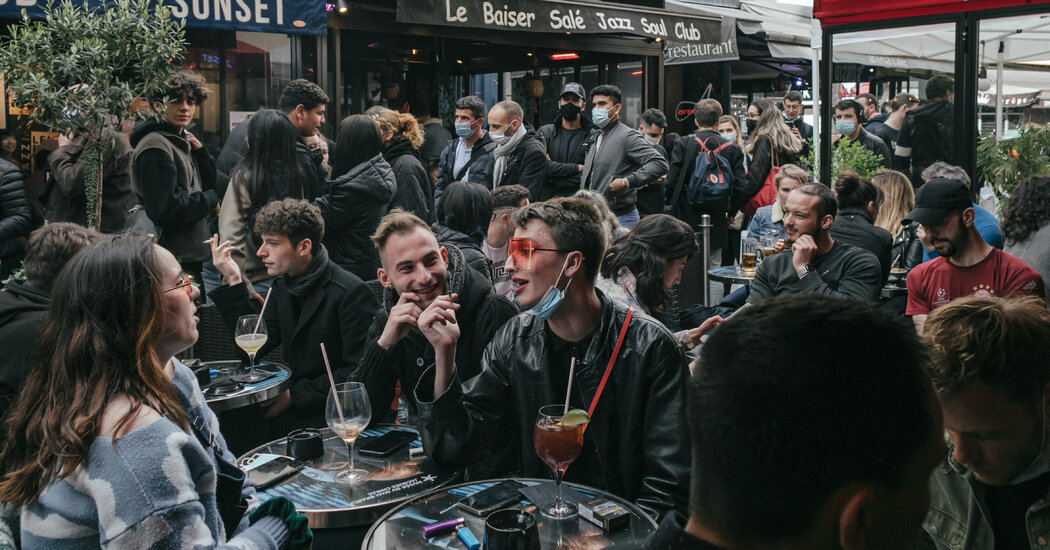 Europe has recorded a 60 percent drop in new coronavirus infections over the past month, the World Health Organization said Thursday, encouraging news that comes as the continent plans to reopen its borders. Still, “this progress is fragile,” a top agency official cautioned.

On Wednesday, the 27 member states of the European Union agreed that the bloc would reopen its borders to nonessential travelers who have been fully vaccinated against the coronavirus with an approved shot, as well as to those coming from a list of countries where the coronavirus is relatively under control.

The rules are set to become formal policy next week, and could be implemented immediately. Under the E.U. plan, the bloc would accept visitors who have completed their immunization at least two weeks before their arrival, using one of the shots approved by the union’s own regulator or by the W.H.O. That covers the vaccines from AstraZeneca, Johnson & Johnson, Moderna, Pfizer-BioNTech and Sinopharm, according to a draft of the rules seen by The New York Times.

Most countries are likely to introduce changes slowly and conservatively, but some of them, like Greece, have already removed quarantine requirements for vaccinated travelers or those who have a negative PCR test from no more than 72 hours ago. England, France, Spain, Poland, Italy and other countries in the bloc have already started easing restrictions.

worrisome variants that appeared to be spreading within the bloc remained a cause for concern.

“This progress is fragile, we have been here before,” Dr. Kluge told reporters at a news conference, advising vigilance over outbreaks “that could quickly evolve into dangerous resurgences.”

The B.1.617 variant, which was first identified in India and has been deemed a variant of concern by the W.H.O., has now spread to 26 of the 53 countries the W.H.O. includes in its European region. Dr. Kluge said that although most cases of the variant were connected to international travel, transmission of the variant was occurring within Europe.

“We are heading in the right direction, but need to keep a watchful eye on a virus that has claimed the lives of nearly 1.2 million people in this region,” Dr. Kluge said.

Dr. Kluge added that the vaccines had so far been effective against variants, but that the slow vaccine rollout in Europe had only reached a small percentage of the population, and that precautions like social distancing and wearing masks were still necessary.

“Vaccines may be a light at the end of the tunnel, but we cannot be blinded by that light,” he said.

The Seattle Seahawks are very much still in the running for Baker Mayfield. (Photo by Stacy ... [+] Revere/Getty Images) Getty Images The Seattle … END_OF_DOCUMENT_TOKEN_TO_BE_REPLACED

(CNN) — Kim Kyung-seop recalls going to cheap bars after class with his friends, where they binged on as much makgeolli as possible. "You know the … END_OF_DOCUMENT_TOKEN_TO_BE_REPLACED