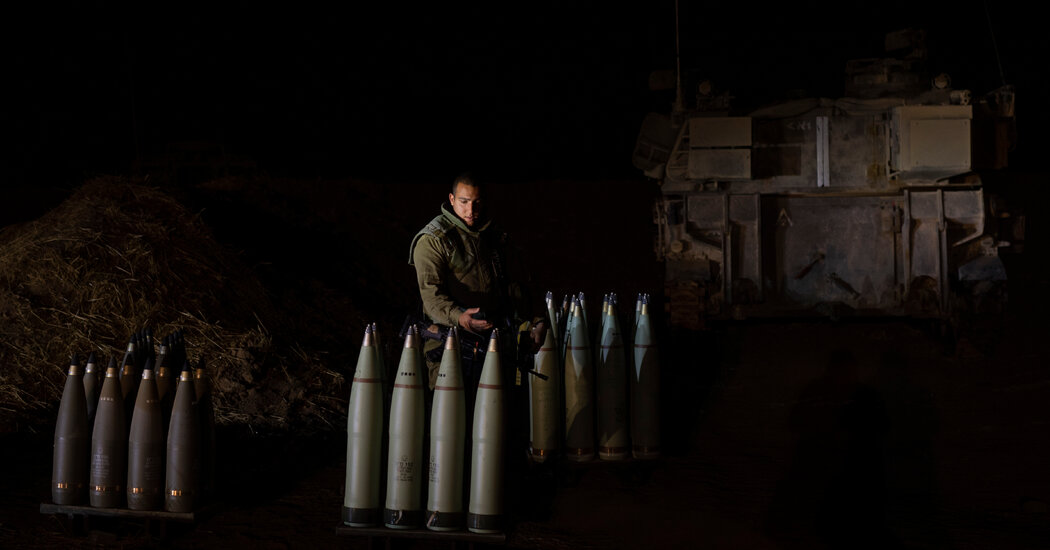 BRUSSELS — As Israel and Hamas edged toward a possible cease-fire, an intense diplomatic push by the White House and European powers on Wednesday applied extra pressure on the two sides to stop their conflict before it became a broader war in the Middle East.

President Biden spoke with Prime Minister Benjamin Netanyahu of Israel and told the Israeli leader that he “expected a significant de-escalation today on the path to a cease-fire,” administration officials said.

In Europe, France and Germany — both strong allies of Israel that had refrained from pressuring Mr. Netanyahu in the opening days of the conflict — escalated their efforts to reach a diplomatic solution. Germany’s foreign minister planned to fly to Israel on Thursday for talks with Israelis and Palestinians, and French diplomats looked to advance their proposed United Nations Security Council resolution calling for an end to the fighting.

The combined efforts appeared to be making some headway, with a senior Israeli official saying late Wednesday that a cease-fire could be reached within two days. A senior official with Hamas, the militant group that controls the Gaza Strip, said earlier in the day that he expected a cease-fire agreement within a day or two.

the killing of so many civilians inside Gaza has roiled Democratic members of Congress, and objections to Israel’s behavior are growing among Democratic voters.

Some saw Mr. Biden’s Wednesday’s phone call with Mr. Netanyahu — and his expectation for a de-escalation “today” — as a way to placate the domestic constituents urging him to take a stronger stance.

Many Democrats want Mr. Biden “to take a tougher line and this was his opportunity to demonstrate that he is doing so,” said Jonathan Schanzer, senior vice president for research at the Foundation for Defense of Democracies, a Washington group that supports Mr. Netanyahu’s policies.

For European nations, the push for a cease-fire also is based partly on political calculations, with their leaders well aware of domestic tensions that have complicated the European Union’s historical support for Israel. In France and Germany, pro-Palestinian demonstrations have sometimes turned into anti-Israeli protests and anti-Semitic attacks. Governments fear that such protests and internal violence will worsen the longer the conflict lasts.

Julien Barnes-Dacey, the director of the Middle East and North Africa program for the European Council on Foreign Relations.

It’s a property that offers a unique open floor plan—plus a hot tub with a view.“It was a Methodist church located in a historic little area of St. … END_OF_DOCUMENT_TOKEN_TO_BE_REPLACED