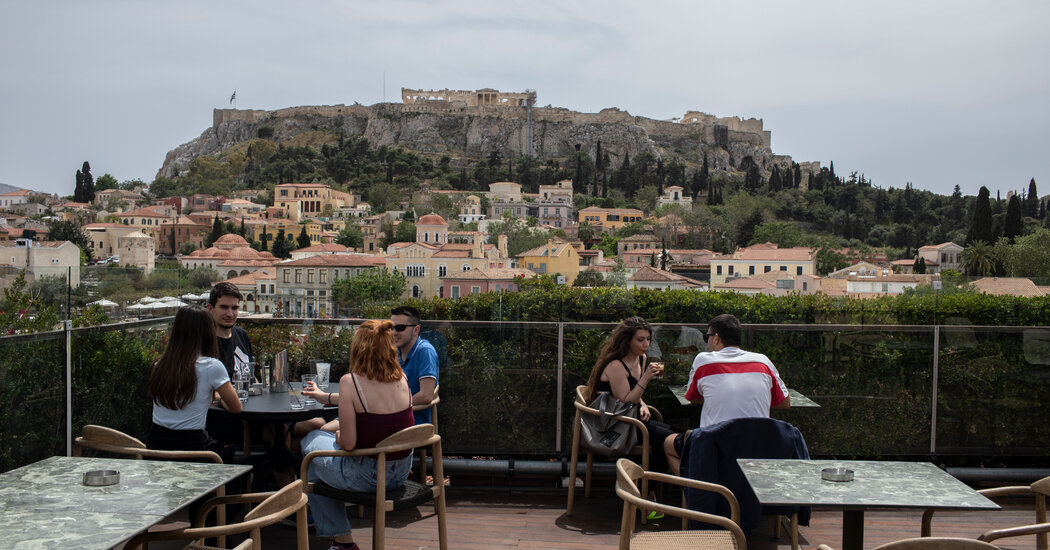 Greece has reopened to many overseas visitors, including from the United States, jumping ahead of most of its European neighbors in restarting tourism,even as the country’s hospitals remain full and more than three-quarters of Greeks are still unvaccinated.

It’s a big bet, but given the importance of tourism to the Greek economy — the sector accounts for one quarter of the country’s work force and more than 20 percent of gross domestic product — the country’s leaders are eager to roll out the welcome mat.

In doing so, Greece has jumped ahead of a other European countries. On Monday, the European Commission, the executive arm of the European Union, said it would recommend its member states to allow visitors who have been vaccinated. But it remains up to individual countries to set up their own rules.

“We welcome a common position” on restarting tourism in the European Union, Greece’s tourism minister, Harry Theoharis, said in an interview. “All we’re saying is that this has to be forthcoming now. We cannot wait until June.”

If you’ve ever dreamed of a quiet life on a boat in Alaska, this new waterfront listing can help you realize that vision.Of course, there's always … END_OF_DOCUMENT_TOKEN_TO_BE_REPLACED