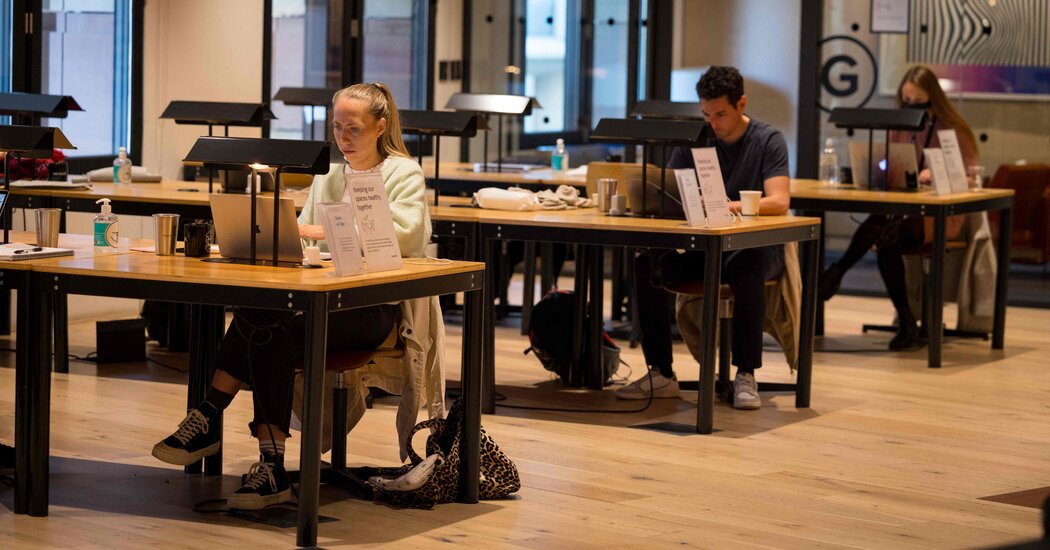 If you’ve enjoyed working from home during the pandemic — no commute, cooking lunch in your own kitchen or being around family more often — the chief executive of WeWork has some thoughts about you.

“Those who are least engaged are very comfortable working from home,” Sandeep Mathrani, the C.E.O. of the coworking company said at a Wall Street Journal event on Wednesday. “Those who are überly engaged with the company want to go to the office two-thirds of the time, at least.”

“People are happier when they come to work,” he added. The company is betting on people wanting to — or being required to — work outside of their homes once it is safe to do so widely.

His comments were not received well by many online as many companies and employees consider the post-Covid-19 workplace after more than a year of doing their jobs from home.

Ann Johnson, a corporate vice president at Microsoft, wrote: “If the only way you can keep your employees engaged is by being in the office with them, you have a leadership issue — not an employee engagement issue.”

Google said this month it would relax its remote work protocols, and that it expected 20 percent of its employees to work remotely after its offices reopen. The tech giant had previously been one of the industry’s holdouts on flexible remote work, and Insider reported that some employees had threatened to quit if they couldn’t keep working from home.

AUSTIN, Texas--(BUSINESS WIRE)--As the first multifamily management company to be recognized in the Public Relations and Marketing Excellence Awards, … END_OF_DOCUMENT_TOKEN_TO_BE_REPLACED

There have been whispers of cooling housing and rental prices in the San Francisco Bay Area, but that hasn't yet translated into practical, noticeable … END_OF_DOCUMENT_TOKEN_TO_BE_REPLACED

Cars pass in Independence Square at twilight in Kyiv, Ukraine, Monday, Oct. 31, 2022. Rolling ... [+] blackouts are increasing across Ukraine as the … END_OF_DOCUMENT_TOKEN_TO_BE_REPLACED