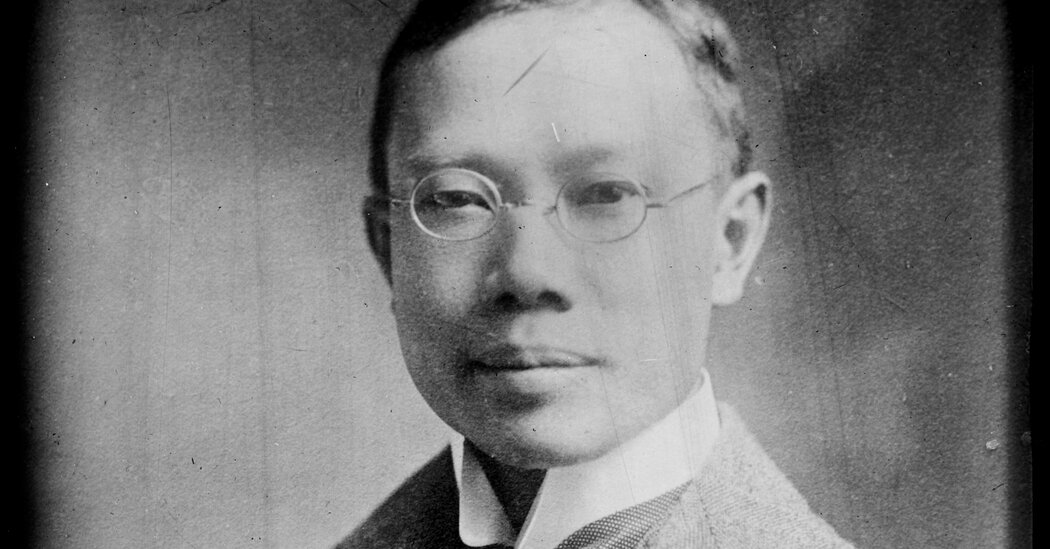 In late 1910, a deadly plague started spreading in the northeast reaches of China, reaching the large city of Harbin. Tens of thousands of people coughed up blood; their skin pruned and turned purple. They all died.

This outbreak sent the Qing government into a tailspin: They didn’t know what illness was causing these deaths, let alone how to control it. So they brought in one of the best trained doctors in Asia at the time, Dr. Wu Lien-Teh. After performing autopsies, Dr. Wu found Yersinia pestis, a bacterium similar to the one that had caused bubonic plague in the West. He recognized Manchuria’s plague as a respiratory disease and urged everyone, especially health care professionals and law enforcement, to wear masks.

Chinese authorities, heeding his call, coupled masking with stringent lockdowns enforced by the police. Four months after the doctor was summoned, the plague ended. Although often overlooked in Western countries, Dr. Wu is recognized in world history as a pioneer of public health, helping to change the course of a respiratory disease spread by droplets that could have devastated China in the early 20th century, and perhaps spread far beyond its borders.

While the Chinese of that era complied with these strategies, public health professionals in the United States and other Western countries have struggled to get people to listen to them during the Covid-19 pandemic. China, too, ran into challenges early on, but the country’s institutional memory from previous viral outbreaks helped turn the tide. And as many Americans abandon masking, push to restore normality in places where risks of infection remain high and hesitate to get vaccinated, some public health experts have looked to Dr. Wu’s success, seeking lessons on handling not only Covid, but also future epidemics.

masks became a political flash point in the United States and elsewhere during the Spanish flu pandemic, the idea of using them persisted in China, and gauze masks became an important tool in the political agenda of the Nationalist Party when it took over in 1928. Public health officials recommended all citizens wear gauze masks in public spaces during outbreaks of meningitis or cholera.

Kyle Legleiter, the senior director of policy advocacy at The Colorado Health Foundation.

Another factor that might have contributed to Dr. Wu’s success in China would be the reverence residents and officials had for him as a figure of authority, Yanzhong Huang, a senior fellow for global health at the Council on Foreign Relations, said.

In some ways, Dr. Anthony Fauci, the chief medical adviser on Covid to President Biden and a prominent public health figure since the 1980s, served in a role similar to the one Dr. Wu played in China, Dr. Huang said. But, his message perhaps didn’t always get through because Americans are more polarized in their political identities and beliefs.

Dr. Legleiter added that public health messaging only penetrates if the public identifies with or trusts that figure of authority.

“An individual person is a stand-in for a broader set of institutions or systems that they’re speaking on the behalf of,” Dr. Legleiter said. Those who lean conservative, for instance, may put Dr. Fauci and other scientists in the category of “the elites.” As such, they’re more likely to flout public health policies that such authority figures promote, and comply with proclamations from individuals they identify with the most.

Others say that public health is intrinsically tied to the legitimacy of the state promoting it. At the turn of the 20th century, China was in distress, Dr. Hanson said. Dr. Wu helped bring China out of a tumultuous period, and the enforcement of public health measures gave the country more legitimacy.

Similarly, because the current pandemic has laid bare shortcomings in the public health systems in the United States, Britain and other Western countries, some experts believe it can be a catalyst for change.

“Since the mid-19th century, the West has generally seen its ability to control infectious disease as a marker of their civilizational superiority over much of the rest of the world,” Dr. White said. While China was seen as the sick man of the world then, some commentators in China now attempt to brand the United States with that label.

Ruth Rogaski, a medical historian at Vanderbilt University who specializes in studying the Qing dynasty and modern China, believes that the coronavirus crisis similarly offers an opportunity for reflection, which can be very motivating.

“Epidemics can serve as inflection points,” Dr. Rogaski said. “Opportunities to rethink, retool and even revolutionize approaches to health.”

AUSTIN, Texas--(BUSINESS WIRE)--As the first multifamily management company to be recognized in the Public Relations and Marketing Excellence Awards, … END_OF_DOCUMENT_TOKEN_TO_BE_REPLACED

There have been whispers of cooling housing and rental prices in the San Francisco Bay Area, but that hasn't yet translated into practical, noticeable … END_OF_DOCUMENT_TOKEN_TO_BE_REPLACED

Cars pass in Independence Square at twilight in Kyiv, Ukraine, Monday, Oct. 31, 2022. Rolling ... [+] blackouts are increasing across Ukraine as the … END_OF_DOCUMENT_TOKEN_TO_BE_REPLACED