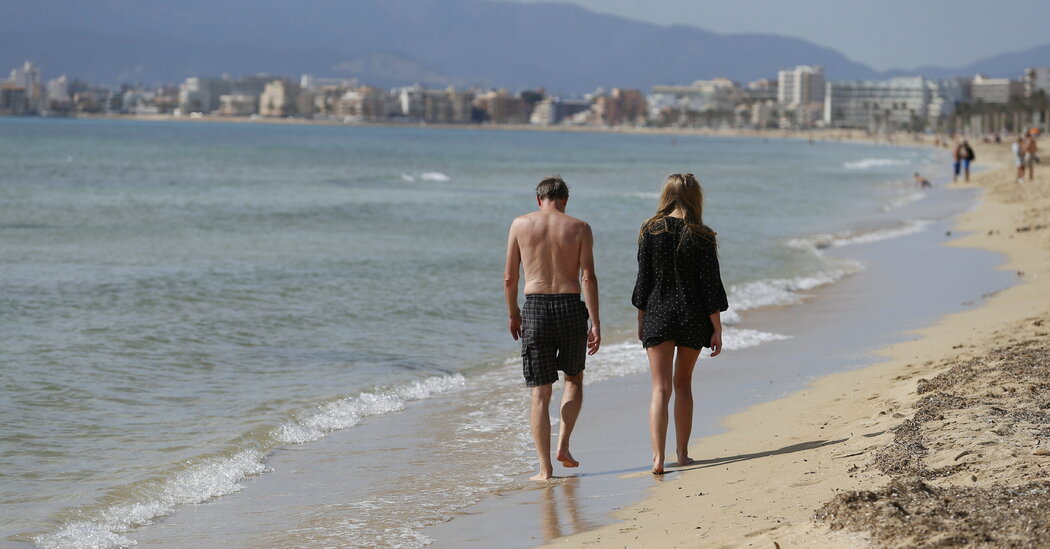 MADRID — Óscar Robles Álvarez yearned to celebrate Easter this year with his family in his hometown in northeastern Spain, which he has not visited since Christmas 2019.

Instead, he will spend the holiday on Sunday in Madrid, where he now lives, because of domestic travel restrictions imposed to stem another wave of Covid-19. He says he understands why the government recently extended those rules, but cannot fathom why no such travel ban applies to foreign tourists visiting his hometown, Getxo, a beach resort popular with surfers 80 miles from the border with France.

“This situation is completely unfair,” said Mr. Robles Álvarez, 50, who worked in finance but is currently jobless. “Citizens are being asked to behave responsibly by politicians who themselves decide completely incoherent Covid rules.”

In the prelude to Easter, a debate in Spain about whether double standards are being applied to contain Covid-19 has been intensifying. The polemic is echoed in other European countries, where the authorities have also restricted internal travel while allowing their citizens to go abroad and permitting foreign tourists to enter and move about more freely.

a digital certificate that could ease tourism this summer, including internal travel within member states.

“Given that transmission and risk are similar for national and cross-border journeys, member states should ensure there is coherence between the measures applied to the two types of journey,” said Christian Wigand, a commission spokesman.

tough rules in place restricting movement across the country. Residents are allowed to leave their town — or their house in the more affected regions — only for work, health reasons or other reasons deemed necessities.

But the government has allowed Italians to travel for tourism to most European countries, including France, Germany and Spain, only asking them to get a negative test 48 hours before their return.

A spokesman for Italy’s health minister said the risk of contagion from international travel with restrictions was lower than that of allowing free movement between domestic regions. One reason for that, he said, is volume — it is easier and cheaper for large numbers of people to travel domestically — adding that it would also be virtually impossible to enforce quarantines on travel between regions.

The Italian hotel association, Federalberghi, was among those accusing the government of double standards.

told a news conference in March that the country’s travel rules were incongruous and hard to explain.

Not helping matters, the European Union has also struggled with its vaccine rollout; Spain and Italy have both inoculated only about 11 percent of their populations. In comparison, Britain has given shots to 46 percent and the United States 29 percent, according to data from The New York Times.

apologized last week after she dropped an unpopular plan to extend a shutdown over the Easter vacation.

added hundreds of Easter holiday flights between Germany and Spain.

Laura Malone, the communications manager for Riu, a Spanish hotel operator with headquarters on Majorca, said there had been “an exponential rise in our bookings.” She said that the company had reopened two hotels on Majorca and that 90 percent of the reservations were coming from Germans.

The response to the pandemic has also become more fragmented in Spain because regional administrations rather than the central government have been setting most of the lockdown rules since the summer.

Before a local election in May, Isabel Díaz Ayuso, leader of the Madrid region and member of the center-right Popular Party, has taken to social media to criticize the economic restrictions of the Socialist-led national government. She has encouraged foreigners to visit the capital and portrayed the city’s bars and stores as bastions of freedom in comparison with other regions’ tougher restrictions.

This past weekend, the newspaper El País published on its front page a photograph of partying after the 11 p.m. curfew in the streets of central Madrid, and the images spread quickly on social media.

opera house, particularly because cultural offerings are more restricted in their own cities.

Teresa Buquerín, who runs a hotel in the medieval town of Ayllón, expressed mixed feelings about only having 25 percent of her rooms booked so far for Easter when she would normally have domestic tourists from the capital to fill her establishment. Ayllón is about 85 miles north of Madrid, but it is on the other side of a regional border that residents of the capital cannot cross under the pandemic restrictions now in place.

Madrid is “our economic engine,” Ms. Buquerín said, adding. “I would certainly always welcome people from Madrid, but only as long as they have been respecting the same safety rules as us, which is not what seems to have been happening.”

After keeping her hotel shut for four months until mid-March, she added, “It would be disastrous if I had to close again the week after Easter because of a new Covid problem.”

GREENVILLE, N.C.--(BUSINESS WIRE)--Employers aiming to win the war on talent have a new “A” team to tap into: college and professional athletes. … END_OF_DOCUMENT_TOKEN_TO_BE_REPLACED

Mortgage rates are likely to rise in July, extending a seven-month streak. High inflation, and the Federal Reserve's efforts to control it, have … END_OF_DOCUMENT_TOKEN_TO_BE_REPLACED