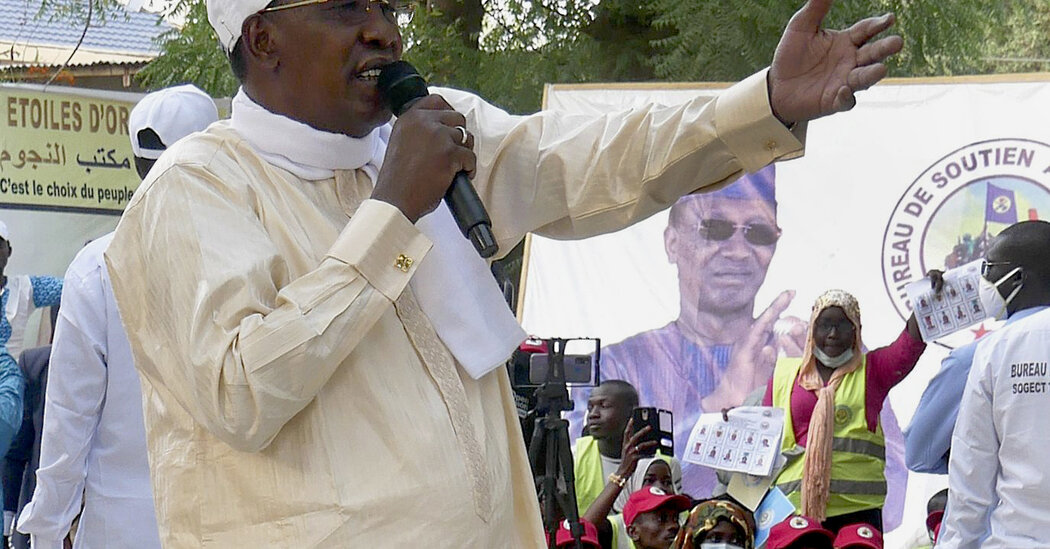 NAIROBI, Kenya — The rebels pulled off a stunning feat. Barely a week after their armed convoy roared across the desert into northern Chad, they kicked off a battle that on Monday claimed the biggest scalp of all: Idriss Déby, Chad’s iron-fisted president of three decades, killed on the battlefield when a shell exploded near his vehicle, according to a senior aide.

On Wednesday, a day after his death was announced, a sense of apprehension and disbelief reverberated through the capital, Ndjamena, where the military formally installed as interim president Mr. Déby’s 37-year-old son, Mahamat Idriss Déby. Rumors of an impending rebel attack on the city coursed through its streets.

But the secret of the rebels’ striking success thus far lay behind them, across Chad’s northern border in Libya, where they have been fighting as soldiers of fortune for years, amassing weapons, money and battlefield experience, according to United Nations investigators, regional experts and Chadian officials. In effect, the rebels used Libya’s chaotic war to prepare for their own campaign in Chad.

Khalifa Hifter, a powerful Libyan commander once championed by President Donald J. Trump. They fought with weapons supplied by the United Arab Emirates, one of Mr. Hifter’s main foreign sponsors.

spreading across western and central Africa.

struck a peace deal in 2010 and agreed to stop backing rebels fighting each other’s governments, the Chadian rebels were forced to leave Sudan. They found a new base, a year later, in Libya.

In the chaos that followed the ouster and death of Col. Qaddafi in 2011, rival Libyan factions hired African mercenaries to fight alongside their own forces. The Chadians, who have a reputation as dogged desert fighters, were in high demand.

Some Chadians even swapped sides, if the price was right.

The F.A.C.T. started out with out with a Libyan faction based in the central city of Misurata, said a United Nations official who has spoken with the group’s leadership, but was not authorized to speak to the media. But by 2019 they had switched their support to a rival faction, led by Mr. Hifter, which had launched a campaign to seize the capital, Tripoli.

published in February noted that F.A.C.T. fighters were based at a major military air base in Al Jufra, in central Libya — an airfield that is also a hub for Russian mercenaries from the Wagner group, and which has received cargo flights carrying weapons from the United Arab Emirates, the report notes.

The U.N. also noted that an airplane owned by Erik Prince, the former Blackwater owner who organized an ill-fated $80 million mercenary operation for Mr. Hifter, had been photographed at the Jufra air base.

Following the collapse last year of Mr. Hifter’s assault on Tripoli, the warring factions in Libya signed a cease-fire agreement in October that has mostly held.

As the fighting in Libya ended, the Chadian fighters returned home for the uprising they launched against Mr. Déby on April 11. They may have brought some of the advanced weaponry from Libya with them, said Cameron Hudson, a former State Department official now at the Atlantic Council, a research body in Washington.

He said that the Chadians appeared to be traveling in the same kind of armored vehicles that the Emiratis had donated to Mr. Hifter.

The U.N. official said that, even at the height of the Libyan war, the rebels had always intended to go home to Chad.

“That’s their real interest,” he said. “They talked about gathering as many weapons as they could and going back to Chad.”

AUSTIN, Texas--(BUSINESS WIRE)--As the first multifamily management company to be recognized in the Public Relations and Marketing Excellence Awards, … END_OF_DOCUMENT_TOKEN_TO_BE_REPLACED

There have been whispers of cooling housing and rental prices in the San Francisco Bay Area, but that hasn't yet translated into practical, noticeable … END_OF_DOCUMENT_TOKEN_TO_BE_REPLACED

Cars pass in Independence Square at twilight in Kyiv, Ukraine, Monday, Oct. 31, 2022. Rolling ... [+] blackouts are increasing across Ukraine as the … END_OF_DOCUMENT_TOKEN_TO_BE_REPLACED