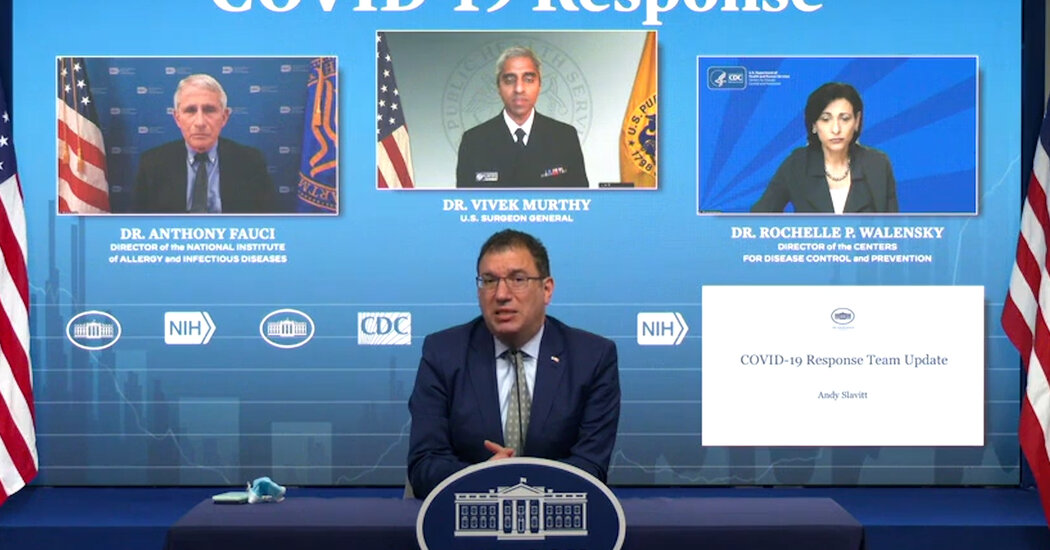 “This is about both doing the near term work of supporting sequencing but also really building out that infrastructure,” Ms. Johnson said.

In February, the Biden administration put forward $200 million as a “down payment” on a more robust surveillance program, with the goal of sequencing 29,000 samples weekly. Officials described it as an early step in building out the federal government’s capacity to sequence more samples.

Earlier this month, Dr. Rochelle Walensky, the C.D.C. director, said that the B.1.1.7 variant, which is currently estimated to be about 60 percent more contagious and 67 percent more deadly than the original version, had become the most common source of new infections in the United States. The C.D.C. has also been tracking the spread of other variants, such as B.1.351, first found in South Africa, and P.1, which was first identified in Brazil.

Ms. Johnson said that the funding would help health officials across the country respond to outbreaks in a more sophisticated way, including by surging testing in certain areas or considering new mitigation strategies.

When B.1.1.7 was first detected in the United States at the end of December, experts warned that the country was poorly prepared to track coronavirus variants, lacking a national plan for collecting samples and analyzing their mutations to determine the variants’ spread.

In January, the United States was sequencing samples from less than 1 percent of positive coronavirus tests. Researchers said that simply wasn’t enough information to know how common variants really were and how quickly they were spreading. By contrast, Britain, the world’s leader in genomic surveillance, was sequencing up to 10 percent of new positive tests.

Over the past three months, the C.D.C. has charted a steady rise in the number of coronavirus genomes sequenced weekly in the United States, recording a new high of 14,837 for the week ending April 10. The number represented about 3 percent of the country’s positive tests that week.

AUSTIN, Texas--(BUSINESS WIRE)--As the first multifamily management company to be recognized in the Public Relations and Marketing Excellence Awards, … END_OF_DOCUMENT_TOKEN_TO_BE_REPLACED

There have been whispers of cooling housing and rental prices in the San Francisco Bay Area, but that hasn't yet translated into practical, noticeable … END_OF_DOCUMENT_TOKEN_TO_BE_REPLACED

Cars pass in Independence Square at twilight in Kyiv, Ukraine, Monday, Oct. 31, 2022. Rolling ... [+] blackouts are increasing across Ukraine as the … END_OF_DOCUMENT_TOKEN_TO_BE_REPLACED