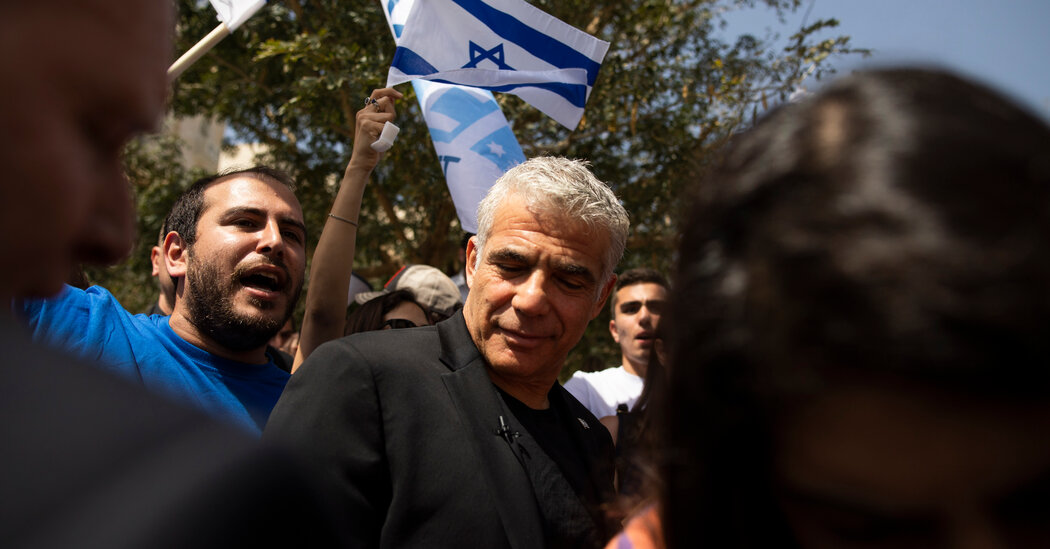 JERUSALEM — Yair Lapid, the centrist politician and former media celebrity whose party took second place in Israel’s March election, had pledged to forgo the premiership if that’s what it would take to form a coalition of diverse parties that could oust Prime Minister Benjamin Netanyahu from power.

The unusual exercise in political humility stemmed not from modesty, but from the difficulties he knew he would face in mustering enough parliamentary support to form an alternative government.

Now, after Mr. Netanyahu failed to form a viable coalition by Tuesday’s midnight deadline, Mr. Lapid’s political skills and sincerity will be put to the test. The president, Reuven Rivlin, has given him the next shot at cobbling together a government that might send Mr. Netanyahu into the opposition and end Israel’s political gridlock.

Mr. Lapid’s party, Yesh Atid (There is a Future), won 17 seats in the inconclusive election, Israel’s fourth in two years. But its path to power is hampered by the disparate nature of the anti-Netanyahu bloc, which is made up of numerous small parties with clashing agendas. Some of its right-wing elements view Mr. Lapid as too left-wing to lead an alternative government.

preserving liberal democracy and thwarting Mr. Netanyahu’s stated goal of forming a government made up of right-wing and religious parties, reliant on ultra-Orthodox rabbis and ultranationalist extremists.

standing trial on corruption charges and who, together with his right-wing and religious allies, intended to curb the powers of the Supreme Court and possibly seek some kind of immunity from prosecution.

Speaking to party activists before the election, Mr. Lapid described the coalition that Mr. Netanyahu wanted to form as “an extremist, homophobic, chauvinistic, racist and anti-democratic government,” and said, “it’s a government where nobody represents working people, the people who pay taxes and believe in the rule of law.”

reneged on a main election promise and joined forces with Mr. Netanyahu to form an uneasy — and short-lived — unity government after last year’s election.

After a highly successful career as a journalist and popular television host, Mr. Lapid was the surprise of the 2013 election when, as a political novice, his party surpassed expectations and placed second, turning him into the chief power broker in the formation of the coalition.

His father, Yosef Lapid, a Holocaust survivor and an antireligious politician, once also headed a centrist party and served as justice minister. His mother, Shulamit Lapid, is a well-known novelist.

An amateur boxer known for his casual-chic black clothing, Mr. Lapid rode to power on the back of the social justice protests of 2011, giving voice to Israel’s struggling middle class. On the Israeli-Palestinian conflict, he has stuck to the middle ground, presenting safe positions within the Israeli Jewish consensus.

J.T. Brown #23 of the Tampa Bay Lightning skates into goalie Henrik Lundqvist #30 of the New York Rangers during the second period in Game Six of the … END_OF_DOCUMENT_TOKEN_TO_BE_REPLACED

The Mississippi River town of Ste. Genevieve, MO, might be the ideal spot for a buyer in search of a refreshing idea.This mixed-use structure on the … END_OF_DOCUMENT_TOKEN_TO_BE_REPLACED