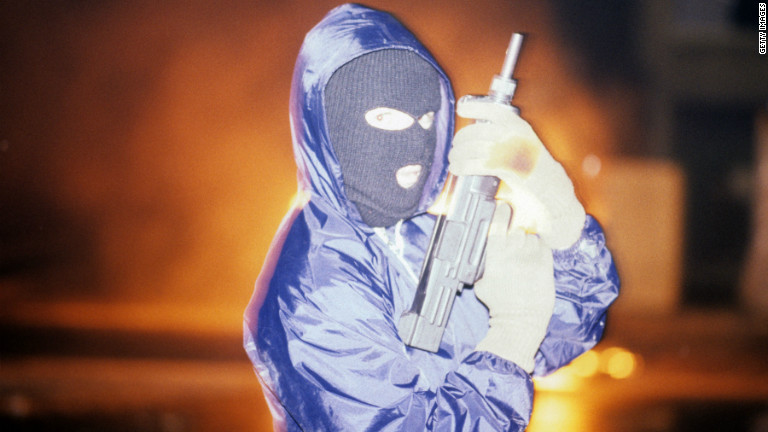 Thirty years after “world’s greatest” race horse was stolen, his legend lives on

Shergar was kidnapped from Northern Irish stud farm, but was never found

It was a foggy winter’s night on the remote Ballymany Stud Farm in Ireland when its head groom Jim Fitzgerald heard a knock at the door.

What lurked outside was to spark one of the most extraordinary unsolved kidnappings of the 20th Century.

Thirty years ago this week – on February 8, 1983 – Fitzgerald was confronted by three masked gunmen. They had come for Shergar – then the most valuable race horse in the world and the pride of a nation.

“Shergar was the best race horse in the world, owned by the richest man in the world. It was the most sensational sports story of all time,” racing commentator Derek Thompson told CNN.

“We were staggered. A horse kidnapped? Nothing like this had ever happened before.”

The retired champion race horse, owned by billionaire businessman the Aga Khan, was worth a staggering £10 million ($16 million) – around £28 million ($44 million) by today’s standards.

Were Shergar here today, he would be the ninth-most valuable athlete in the world, just ahead of Real Madrid’s prized footballer Cristiano Ronaldo on $42.5 million.

The five-year-old breeding stallion, who had mated with 35 mares in his first season, was set to be worth millions in the coming years with owners paying up to £80,000 ($126,000) for his highly sought-after offspring.

This, after all, was the champion colt who two years earlier annihilated the field at Britain’s prestigious Epsom Derby, winning by 10 lengths – the biggest margin in the race’s 226-year history.

For racing-mad Ireland, Shergar was the darling of a nation in turmoil during the darkest days of “the Troubles,” with violence between nationalists and unionists in the north as they vied for political power.

The bandits demanded £2 million ($3 million) for Shergar and conspiracy theories abounded, with the New Orleans Mafia and the Libya’s Colonel Gaddafi linked to the thoroughbred’s kidnapping.

But the most popular accused culprit remains the Irish Republican Army (IRA), whom the Aga Khan and his syndicate of owners officially blamed for the kidnap, though authorities have never named a suspect.

While the IRA, which has disbanded, took responsibility for a number of attacks over the years, it never claimed to have kidnapped Shergar.

Back at Ballymany on that fateful night, the stallion with a distinctive white blaze on his face and four white “socks” was loaded into a horse box never to be seen again.

Father-of-six Fitzgerald was bundled into a car and driven around for hours before being dumped a few miles from home. He was warned not to call the police.

Then a series of mismanaged calls ensured almost eight hours elapsed before police were alerted.

Hampering their investigation was the clever timing of the kidnapping – it was the day before Ireland’s major Goff’s racehorse sale and roads were filled with horse boxes identical to Shergar’s.

“We were taken to the Europa Hotel, whose claim to fame was that it was the most bombed hotel in Europe,” Thompson said. “Don’t forget, this was 1983 at the height of the ‘Troubles’ and Belfast was one of the most dangerous cities in the world.”

At the hotel, which still had cracked windows from a previous bombing, Thompson got a call from the kidnappers telling him he was being watched from across the road. He was told to go to a deserted farmhouse 30 miles away for negotiations.

There, Thompson said he received eight phone calls from the kidnappers over eight hours. Each call lasted around 60 seconds, but the police needed at least 90 seconds to trace the call.

“When the last call came at 1.30 a.m. I managed to keep him talking for one minute and 35 seconds,” Thompson said. “I thought, ‘That’s it, we’ve got him,’ but the police told me ‘Sorry Mr. Thompson, the man who does the tracing goes off duty at midnight.’

“That was the best chance we had of catching them and it was gone.”

Read: Melbourne Cup memories – The legs that stopped a nation

Shergar was owned by a syndicate of 34 people, each with a share worth £250,000 ($394,000). The syndicate refused to pay the ransom, fearing it would encourage other kidnappings.

“The following Monday we received a call saying the horse had had an accident and was dead. That was the last time we heard from them,” Thompson said.

“Every time I took a call from the kidnapper I used a different code word – the name of a famous race horse – so I would know it was the same guy calling back,” Thompson said.

“But there was always one name I kept to myself, I never told anyone else, and when I read O’Callaghan’s book it was there. That really shook me to the core.”

Jockey Walter Swinburn, who as a 19-year-old rode Shergar to that historic Epsom Derby win, said the kidnapping had a profound effect on tightening racing industry security.

“Shergar’s stable was very impressive but anybody could have walked into it,” he said. “Today it’s more like a padded cell, they can’t afford for the horse to get injured, with CCTV and a large number of grooms.”

The thoroughbred has since been immortalized in Ascot’s annual Shergar Cup and the 1999 film “Shergar” starring Mickey Rourke.

Swinburn regrets that Shergar’s achievements on the track will always be overshadowed by his dramatic abduction. But the image of him pounding over the hill at Epsom, his seemingly tiny competitors trailing behind, lives on.

The Seattle Seahawks are very much still in the running for Baker Mayfield. (Photo by Stacy ... [+] Revere/Getty Images) Getty Images The Seattle … END_OF_DOCUMENT_TOKEN_TO_BE_REPLACED

(CNN) — Kim Kyung-seop recalls going to cheap bars after class with his friends, where they binged on as much makgeolli as possible. "You know the … END_OF_DOCUMENT_TOKEN_TO_BE_REPLACED