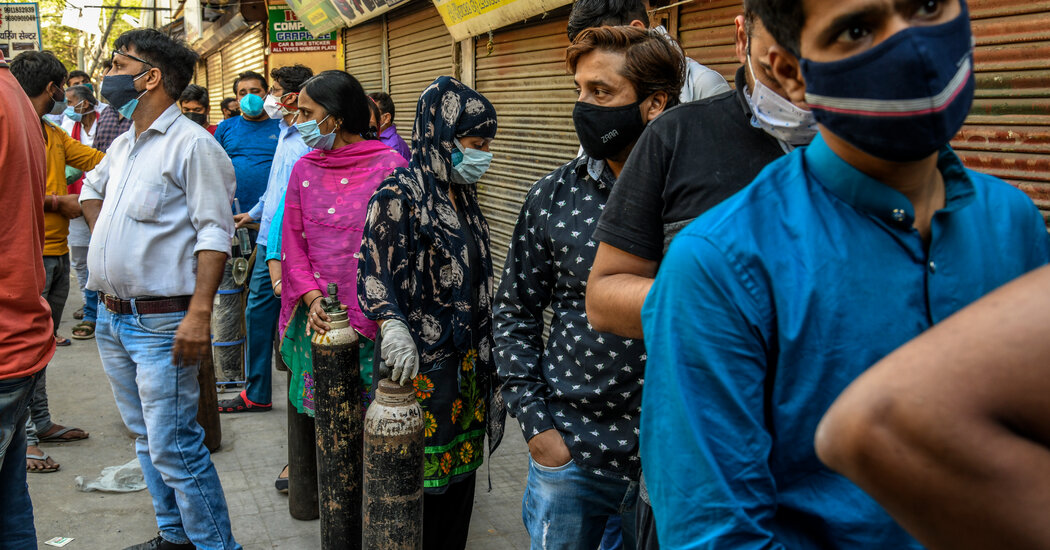 The latest horror of the pandemic is that large numbers of people around the world are dying for lack of access to medical oxygen, especially in India. Each day, tens of thousands of people are admitted to hospitals with Covid-19, driving the demand for the oxygen far beyond the supply.

Oxygen makes up 21 percent of the atmosphere. A handful of companies capture and purify it in bulk, but they sell most of it to industry. Many poorer parts of the world lack the infrastructure needed to deliver or make use of the medical grade supplies those companies sell, which are designed to be delivered via pipes to hospital rooms.

Some hospitals and clinics have machines that produce purified oxygen at a much smaller scale, but they are in short supply. So many hospitals and patients in poor countries and in remote areas rely on the most expensive option: oxygen tanks that have became scarce in the countries hit hardest by the virus.

The shortages affect patients with every kind of respiratory ailment requiring oxygen, not just those with Covid.

northern Brazil, Mexico and elsewhere, that it became clear that what had been seen as a potential problem was becoming a dire emergency. The World Health Organization created an emergency task force on the oxygen shortage and called for money to address it.

the pandemic surged in India, where it had been relatively contained, pushing oxygen supplies to the center of the world’s attention. India’s official count of new coronavirus infections leapt from an average of about 11,000 a day in mid-February to a daily average of more than 370,000 in the past week — and experts say the true figure is far higher.

In the last two months, the unmet, global need for medical oxygen has more than tripled, from less than 9 million cubic meters a day to more than 28 million, according to a coalition of aid groups that are tracking the crisis.

About half of that unmet need is in India. And health advocates warn that the calamity there could be repeated in other countries.

ramping up their production of medical gas by diverting some from industry, whose gas has somewhat different requirements.

India’s government has ordered the producers there to temporarily direct all of their oxygen output to medical needs.

military transport planes to get oxygen to the sick.

If enough money were available, governments and international groups could have advance-purchase agreements with bulk suppliers, and emergency stores of oxygen could be stationed in various parts of the world and deployed as needed.

If nothing else, the last few months have made clear the difficulty of trying to increase oxygen supplies on short notice, amid a crisis.

Instead, Mr. Matiru said, the world should invest in preparation, “so that if there’s a surge we can press ‘Go.’”

If you’ve ever dreamed of a quiet life on a boat in Alaska, this new waterfront listing can help you realize that vision.Of course, there's always … END_OF_DOCUMENT_TOKEN_TO_BE_REPLACED