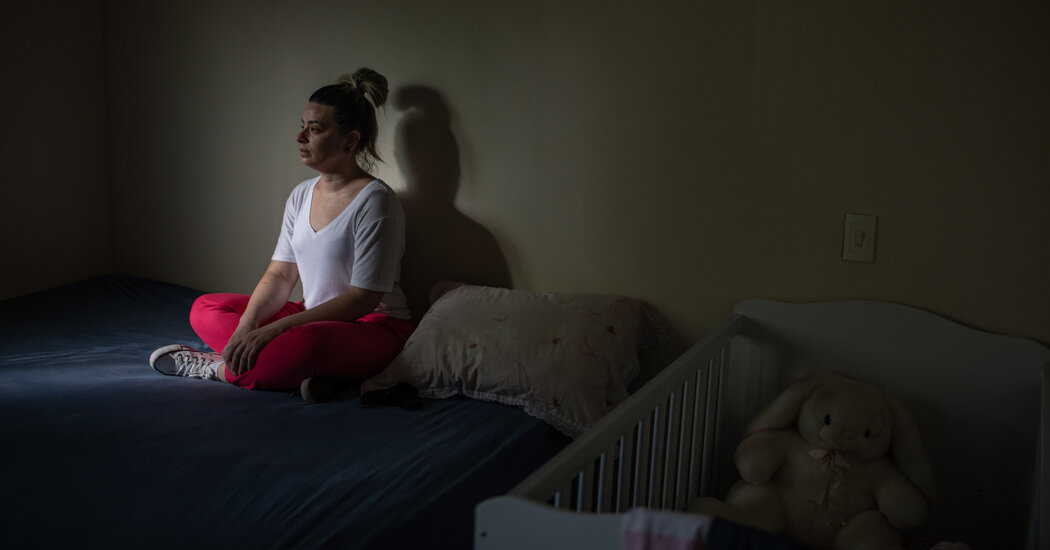 RIO DE JANEIRO — Fretting over a fever in her toddler that wouldn’t break, the mother took the young girl, Letícia, to a hospital. Doctors had worrisome news: It was Covid-19.

Less than two weeks later, on Feb. 27, Letícia died in the critical care unit of the hospital in Maringá, in southern Brazil, after days of labored breathing.

“It happened so quickly, and she was gone,” said Ms. Marinheiro, 33. “She was everything to me.”

Covid-19 is ravaging Brazil, and, in a disturbing new wrinkle that experts are working to understand, it appears to be killing babies and small children at an unusually high rate.

scientists say are leading to more severe cases of Covid in young, healthy adults and driving up death tolls in Brazil — on babies and children.

But experts say the variant appears to be leading to higher death rates among pregnant women. Some women with Covid are giving birth to stillborn or premature babies already infected with the virus, said Dr. André Ricardo Ribas Freitas, an epidemiologist at São Leopoldo Mandic College in Campinas, who led a recent study on the impact of the variant.

“We can already affirm that the P.1 variant is much more severe in pregnant women,” said Dr. Ribas Freitas. “And, oftentimes, if the pregnant woman has the virus, the baby might not survive or they might both die.”

Lack of timely and adequate access to health care for children once they fall ill is likely a factor in the death toll, experts said. In the United States and Europe, experts said, early treatment has been key to the recovery of children infected with the virus. In Brazil, overstretched doctors have often been late to confirm infections in children, Dr. Marinho said.

“Children are not being tested,” she said. “They get sent away, and it’s only when these children return in a really bad state that Covid-19 is suspected.”

study published in the Pediatric Infectious Disease Journal in January foundthat children in Brazil and four other countries in Latin America developed more severe forms of Covid-19 and more cases of multisystem inflammatory syndrome, a rare and extreme immune response to the virus, compared with data from China, Europe and North America.

Even before the pandemic began, millions of Brazilians living in poor areas had limited access to basic health care. In recent months, the system has been overwhelmed as a crush of patients have flooded into critical care units, resulting in a chronic shortage of beds.

“There’s a barrier to access for many,” said Dr. Ana Luisa Pacheco, a pediatric infectious diseases specialist at the Heitor Vieira Dourado Tropical Medicine Foundation in Manaus. “For some children, it takes three or four hours by boat to get to a hospital.”

The cases in children have shot up amid Brazil’s broader explosion in infections, which experts attribute to President Jair Bolsonaro’s cavalier response to the pandemic and his government’s refusal to take vigorous measures to promote social distancing. A lagging economy has also left millions without income or enough food, forcing many to risk infection as they search for work.

Some of the children who have died of the virus already had health issues that made them more vulnerable. Still, Dr. Marinho estimates that they represent just over a quarter of deaths among children under 10. That suggests that healthy children, too, seem to be at heightened risk from the virus in Brazil.

Letícia Marinheiro was one such child, her mother said. A healthy baby who had just started walking, she had never been sick before, Ms. Marinheiro said.

Ms. Marinheiro, who was infected along with her husband Diego, 39, believes Letícia might have lived if her illness had been treated with more urgency.

She recalled pleading to have more tests done. Four days into the child’s hospitalization, she said, doctors had still not fully examined Letícia’s lungs.

Ms. Marinheiro is still unsure how her family got sick.

She had kept Letícia — a first child the couple had badly wanted for years — at home and away from everyone. Mr. Marinheiro, a supplier of hair salon products, had been cautious to avoid contact with clients, even as he kept working to keep the family financially afloat.

For Ms. Marinheiro, the sudden death of her daughter has left a gaping hole in her life. As the pandemic rages on, she says, she wishes other parents would quit underestimating the dangers of the virus that took Letícia away from her. In her city, she watches as families throw birthday parties for children and officials push to reopen schools.

“This virus is so inexplicable,” she said. “It’s like playing the lottery. And we never believe it will happen to us. It’s only when it takes someone from your family.”

It’s a property that offers a unique open floor plan—plus a hot tub with a view.“It was a Methodist church located in a historic little area of St. … END_OF_DOCUMENT_TOKEN_TO_BE_REPLACED