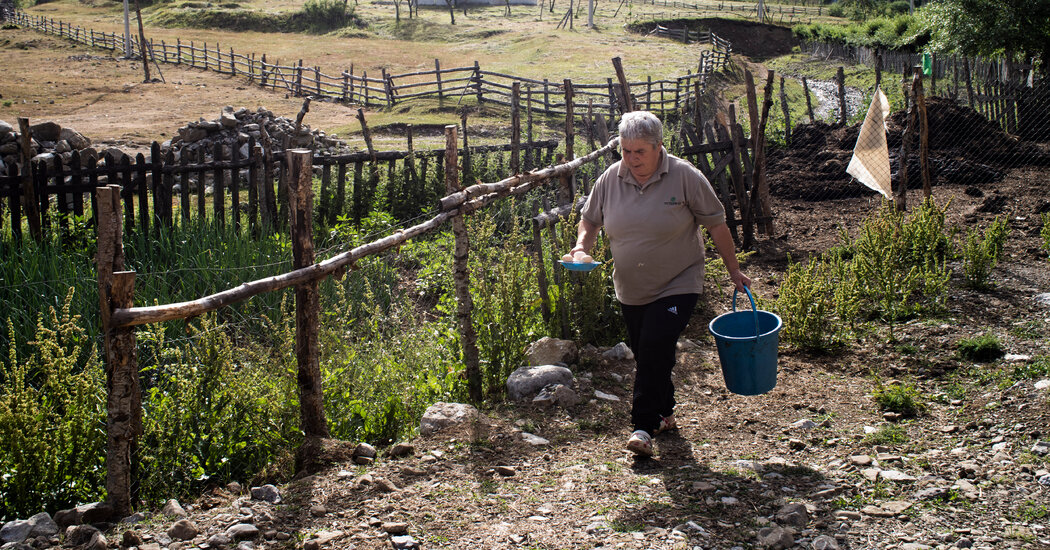 A centuries-old tradition in which women declared themselves men so they could enjoy male privilege is dying out as young women have more options available to them to live their own lives.

LEPUSHE, Albania — As a teenager locked in a patriarchal and tradition-bound mountain village in the far north of Albania, Gjystina Grishaj made a drastic decision: She would live the rest of her life as a man.

She did not want to be married off at a young age, nor did she like cooking, ironing clothes or “doing any of the things that women do,” so she joined a gender-bending Albanian fraternity of what are known as “burrneshat,” or “female-men.” She adopted a male nickname — Duni.

“I took a personal decision and told them: I am a man and don’t want to get married,” Duni recalled telling her family.

Few women today want to become what anthropologists call Albania’s “sworn virgins,” a tradition that goes back centuries. They take an oath of lifelong celibacy and enjoy male privileges, like the right to make family decisions, smoke, drink and go out alone.

Ms. Rakipi snorted with contempt when asked about people who undergo transition surgery. “It is not normal,” she said. “If God made you a woman, you are a woman.”

Duni, from Lepushe village, also has strong views on the subject, saying that altering the body goes “against God’s will,” and that people “should be put in jail” for doing so.

“I have not lived as a burrnesha because I want to be a man in any physical way. I have done this because I want to take on the role played by men and to get the respect of a man,” she said. “I am a man in my spirit, but having male genitals is not what makes you a man.”

Locals in Lepushe, including Manushaqe Shkoza, a server at a cafe in the village, said Duni’s decision to become a man initially came as a surprise, but it was accepted long ago. “Everyone sees it as normal,” Ms. Shkoza said.

Duni said she was sad that the tradition of sworn virgins would soon die out, but noted that her niece in Tirana had shown that there were now less drastic ways for a woman to live a full and respected life.

“Society is changing, but I think I made the right decision for my time,” Duni said. “I can’t resign from the role I have chosen. I took an oath to my family. This is a path you cannot go back on.”

Jesse Tyler Ferguson, one of the stars of “Modern Family,” is once again searching for a buyer for his Manhattan pied-à-terre. It’s back on the market … END_OF_DOCUMENT_TOKEN_TO_BE_REPLACED

Tom Holland in Spider-Man No Way Home Sony Sony and Marvel’s Spider-Man: No Way Home topped the box office yet again in this unfortunately empty … END_OF_DOCUMENT_TOKEN_TO_BE_REPLACED