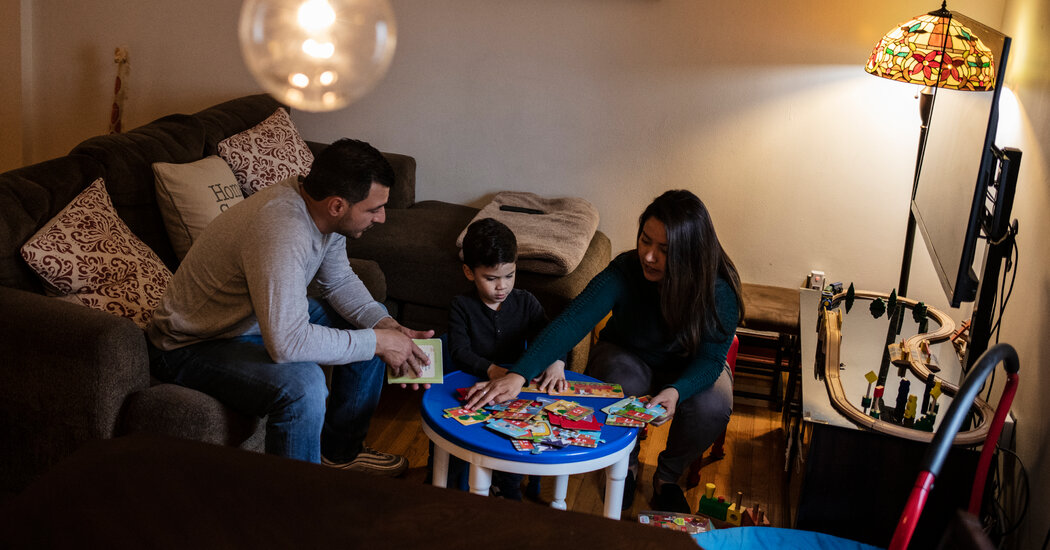 Perhaps no one feels the strain of remote learning more acutely than the youngest, highest-need students, whose ability to access in-person early intervention classes, targeted behavior analysis and speech therapy is considered key to their academic success.

In New Jersey, school districts in two towns five miles apart — with similar population sizes and similarly high rates of coronavirus cases — made radically different choices about whether and how to reopen schools during the pandemic.

In Rutherford, where schools have been mostly open, young children with autism have spent more than 700 hours in class since September. In Secaucus, the number of hours is closer to just 100.

Reuben Alarcon, part of a group of parents who have criticized the Secaucus Public School District’s reopening policies, said he was worried that the educational opportunities his son Eric, who will be 4 next month, lost during a crucial year of brain development would cause lifelong harm.

“He will sometimes use one or two words to ask for something. Sometimes he surprises us and he blurts out a sentence,” Mr. Alarcon said. “He would be so much more ahead had he had the full-time class.”

AUSTIN, Texas--(BUSINESS WIRE)--As the first multifamily management company to be recognized in the Public Relations and Marketing Excellence Awards, … END_OF_DOCUMENT_TOKEN_TO_BE_REPLACED

There have been whispers of cooling housing and rental prices in the San Francisco Bay Area, but that hasn't yet translated into practical, noticeable … END_OF_DOCUMENT_TOKEN_TO_BE_REPLACED

Cars pass in Independence Square at twilight in Kyiv, Ukraine, Monday, Oct. 31, 2022. Rolling ... [+] blackouts are increasing across Ukraine as the … END_OF_DOCUMENT_TOKEN_TO_BE_REPLACED