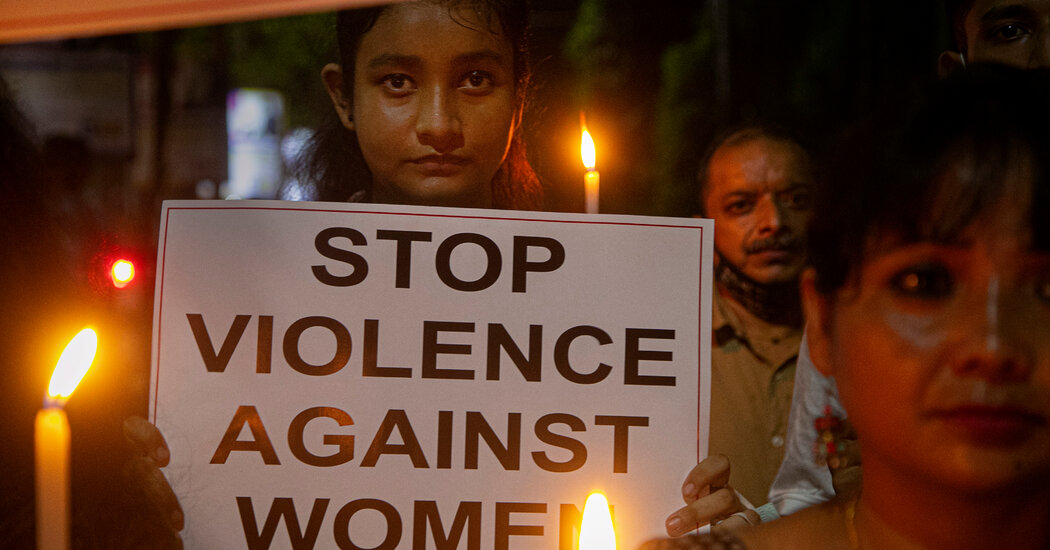 NEW DELHI — Outrage in India is growing over comments made by the nation’s chief justice in two rape cases, with thousands of women signing a letter this week demanding that he resign.

Justice Sharad Arvind Bobde, the head of India’s Supreme Court, asked a 23-year-old man accused of raping a minor whether he would marry his victim, who is now an adult.

The victim, who under Indian law can’t be identified, has accused the man, a distant relative and a civil servant with the Maharashtra State government, of repeatedly stalking and raping her starting when she was 16.

The judge’s comments provoked new demands that people in power, and particularly men, do more to improve how women and girls are treated in India.

spate of shocking assaults in recent years has galvanized women’s groups and other activists to change long-held attitudes toward sexual violence.

Justice for victims is rare. Of the tens of thousands of rape cases reported annually in India, only a handful result in prosecutions, figures from the National Crime Records Bureau show. Activists say the true scope of the problem is far worse, as many cases are never reported because of the stigma.

On Monday, Justice Bobde was hearing a petition filed by the accused man in the statutory rape case for relief from a lower court’s jail order.

“Will you marry her?” Justice Bobde asked, according to Indian media reports.

“You should have thought before seducing and raping the young girl,” he added. “We are not forcing you to marry. Let us know if you will.”

Activists said they were “appalled and outraged.”

“Your proposal of marriage as an amicable solution to settle the case of rape of a minor girl is worse than atrocious and insensitive for it deeply erodes the right of victims to seek justice,” the open letter published Tuesday said.

ruling in a child abuse case that groping a minor without skin-to-skin contact could not be termed sexual assault under the child protection law sparked outrage. She acquitted the man, whom a lower court had convicted of sexually assaulting a 12-year-old. After India’s attorney general said that it set a dangerous precedent, the Supreme Court stayed the judgment.

After her rulings, a Supreme Court panel headed by Justice Bobde reversed its decision to make her a permanent judge of the Bombay High Court.

Kohl's announced Friday that it is terminating talks to sell its business, saying that retail environment has significantly deteriorated since the … END_OF_DOCUMENT_TOKEN_TO_BE_REPLACED