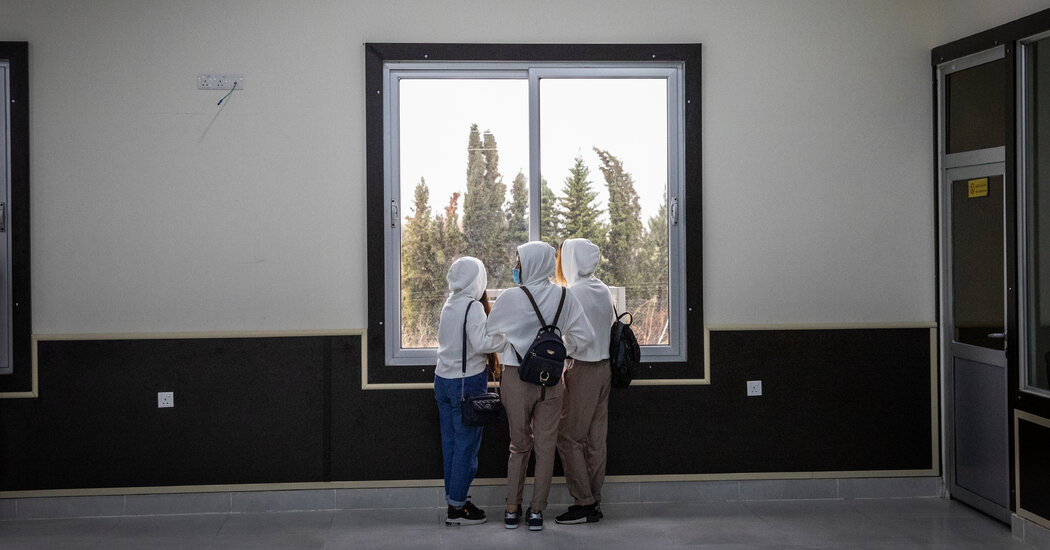 FAYSH KHABUR BORDER CROSSING, Iraq — The nine young mothers rushed into the spartan offices of a Syrian border post, looking for the sons and daughters taken from them two years ago, children they thought they would never see again.

The bewildered children, dressed in new puffy jackets from the orphanage they had come from, were mostly too young to remember their mothers. They started to cry as the sobbing women grabbed and kissed them and then led them away from the orphanage workers who were the only caregivers they knew.

“I was so happy, but it was a shock for both of us,” said one mother, who said she had been dreaming of seeing her daughter again for nearly two years. “She is not used to me yet.”

The girl was now 2 and a half.

The secret handoff on the Syrian-Iraqi border last week was so far the only reunion of Yazidi women from Iraq and the children they had while sexually enslaved by their Islamic State captors.

repeatedly raped, traded and sold at will. About 3,000 Yazidis are still missing.

When ISIS was driven from southeastern Syria in early 2019, most of the Yazidi women were freed and taken with their children to halfway houses. They were told by Yazidi elders that they could go home but that they had to leave their children behind. Many of the children were taken to the Kurdish-run orphanage.

Some women who were not identified as Yazidi, including some who hid their ethnicity in order to keep their children, were taken to Al Hol, a squalid detention camp in northeastern Syria. Despite the camp’s conditions, the woman with the 2-and-a-half-year-old pretended to be Arab so that she could stay there and keep her child.

During the final days of the caliphate, when American-led airstrikes were pounding Baghuz, Syria, and she was wounded by shrapnel, she fought to keep her infant daughter alive. She fed her flour mixed with water to keep her from starving. She sewed baby clothes from cloth cut from her own dresses.

Nadia Murad, a Yazidi survivor, advocate and Nobel Peace laureate, has said she believes the women should be allowed to decide whether to be reunited with their children.

Before the women embarked on the trip to recover their children, Mr. Galbraith told them that third countries would take them in, a prospect that is far from assured.

At the safe house a few days later, the large house rang out with the shrieks and laughter of small children, all under age 6. Some of the mothers watched them worriedly, still afraid of what might happen to them.

Several women said they hoped they would be able to be relocated to a third country together.

Most, but not all of the children, were beginning to bond with their mothers.

The mother of the 5-year-old said she was still struggling to get the girl to warm up to her. The girl had cried in terror at being taken away from the orphanage. But the woman said she was determined to make a new life for them.

“No one can make us live far from each other anymore,” she said.

Suddenly the woman with the 2-and-a-half-year-old shrieked.

“She said, ‘Mama’!” the woman exclaimed. She leaned down to the little girl dressed in pink and urged her to say it again.

You were seeing double this week: A spectacular $54 million compound featuring two equally luxurious mansions separated by a private lake in Southwest … END_OF_DOCUMENT_TOKEN_TO_BE_REPLACED